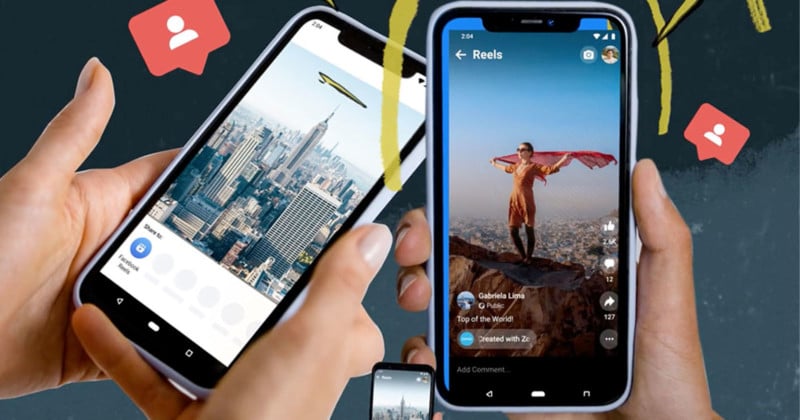 The new feature is called “Sharing to Reels” and is designed to be integrated into third-party apps. Once added, people can share short videos and customize them with Facebook’s Reels editing tools (such as adding audio, text, effects, captions, and stickers) directly instead of needing to first download the video and upload it to Facebook. The idea is that video can be shared to Facebook faster and with fewer roadblocks.

Facebook argues that developers should implement the new instant-share button so that its users will “generate buzz” by sharing their app’s content on Facebook, which will help promote their brand and increase awareness. The button also reduces the number of clicks that are required to share and links the two apps together with a visual indication once it is posted to Facebook.

“We’re bringing short form, entertaining video experiences and tools that have inspired creators on Instagram to audiences on the Facebook app. Sharing to Reels lets users show what they’re doing, feeling, and experiencing with your app,” Facebook says in its pitch to developers.

Last year, Meta CEO Mark Zuckerberg told investors that video had grown in importance for the platform and that it accounted for nearly half of all time spent on Facebook and that it would push more of its development efforts into supporting it. In December, Instagram’s head Adam Mosseri echoed these words and said that it would be “doubling down” on video in 2022 with an emphasis on Reels.

As much as Meta has been laser-focused on increasing video on its platform and generally succeeding, it has been less successful at incentivizing users to publish original content and not just republished TikTok clips, Engadget reports — both platforms are filled with recycled TikTok content. To make matters worse, a new report from Financial Times has found that creators are now making less money on Reels, with payments falling by up to 70% and the view threshold for getting paid is 10 times higher than it once was, which could disincentivize using it versus TikTok.