Photographer and filmmaker Christian Stangl worked in tandem with musician Max Cooper to produce a dazzling music video that focuses on the beauty of light and form reflected through opals.

Stangl, a Vienna-based artist, has been researching and developing opening titles, music videos, and motion design on multiple projects for the last two decades. In his most recent project, he partnered with musician Max Cooper to produce Spectrum, a new single from an album project titled “Unspoken Words.”

The Beauty of Opals

For the “Spectrum” music video, Cooper says he wanted to explore the visual analogy of the color spectrum and present it in partial, changing form, in relation to human imagery. 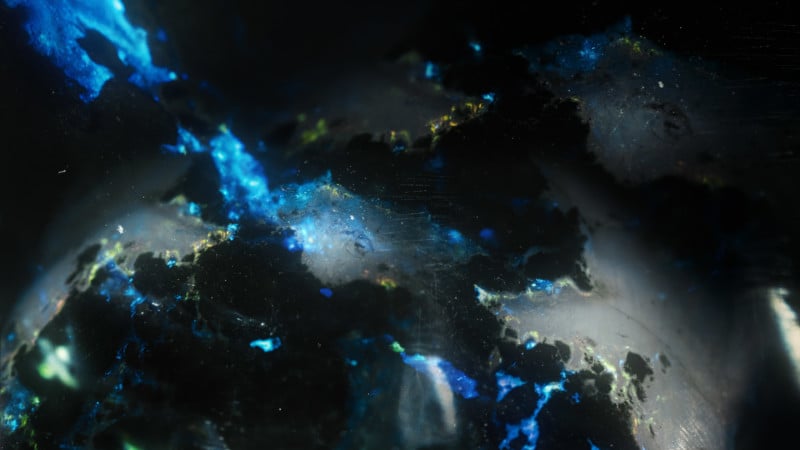 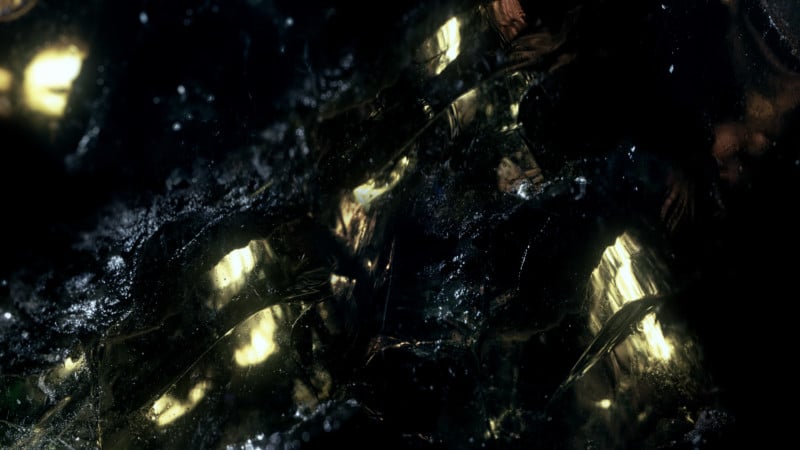 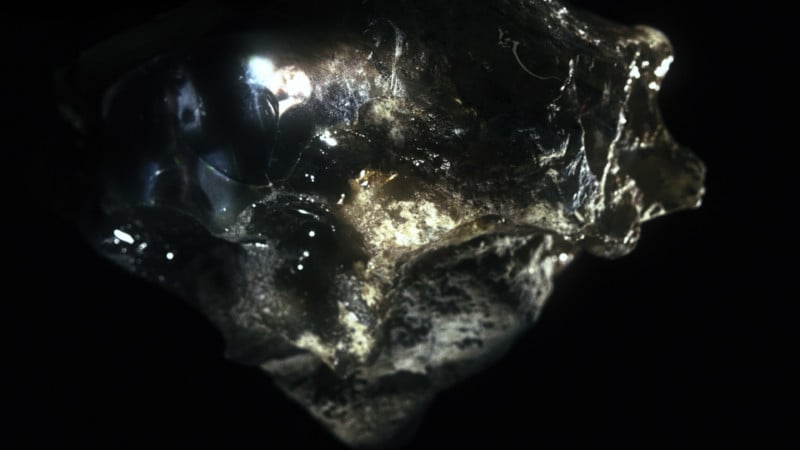 “I chatted to the artist and film creator Christian Stangl about the project, and he came up with the idea of using rocks with partial crystal structures, water, and lighting effects to explore the natural creation of color spectra from split white light,” Cooper says. “The system yielded some structures reminiscent of the human form, and Christian created human apparitions amongst them to be discovered with each viewing.”

Stangl says that to him, opals are more than just gemstones.

“They are unique minerals which are created by nature in a special way,” he says. “Opals are formed by accumulations of siliceous fluid in various rocks. They are formed either in sedimentary rocks or hydrothermally in volcanic rocks, such as in tuff, but they can also form from organic material over millions of years. After they are fully formed they still have up to 20% water.”

Stangl says that his father — Ernst Stangl — collects rough crystal opals and refines them into polished gemstones. To Stangl, the play of color on the stones is one of the most mesmerizing effects he has ever seen and equates looking into the depth of an opal to looking into another universe.

He was already starting to work on a macro project involving opals when Cooper reached out to make a music video for Spectrum.

“It didn’t take long until I realized that opals and Max Cooper’s track Spectrum could be a very good match,” he says.

How it Was Shot

“I used a small video-beamer with a special lens attachment to project tiny moving pictures onto the minerals to bring them to life in a special way. Either these videos were synchronized to the music or they show traces of humans,” Stangl explains. 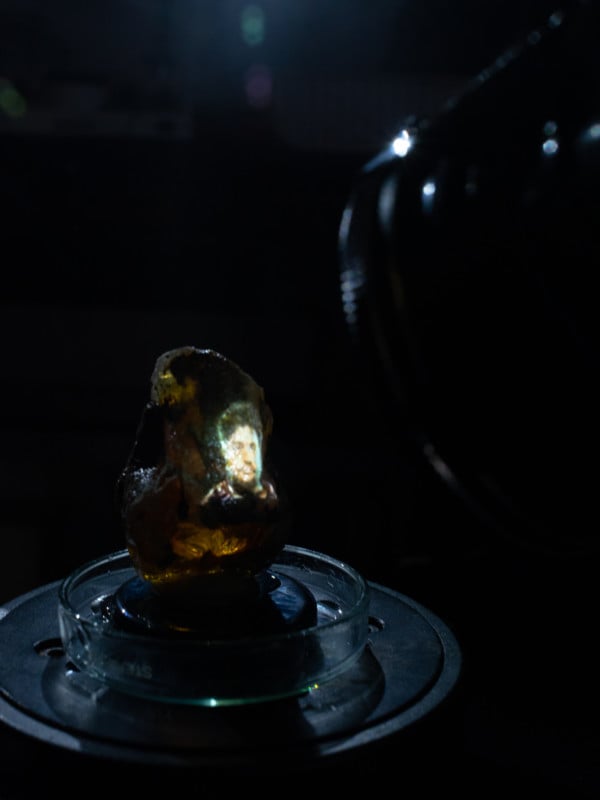 “The variation of light and color makes the opal a perfect object just waiting to be moved. I used a micro-rotation-stage to get these motifs moving and to change the angle of incidence of the light.”

Stangl says it was necessary to set the opals in motion during shooting because only by changing the relative position of the light and stone are the colors most visible. 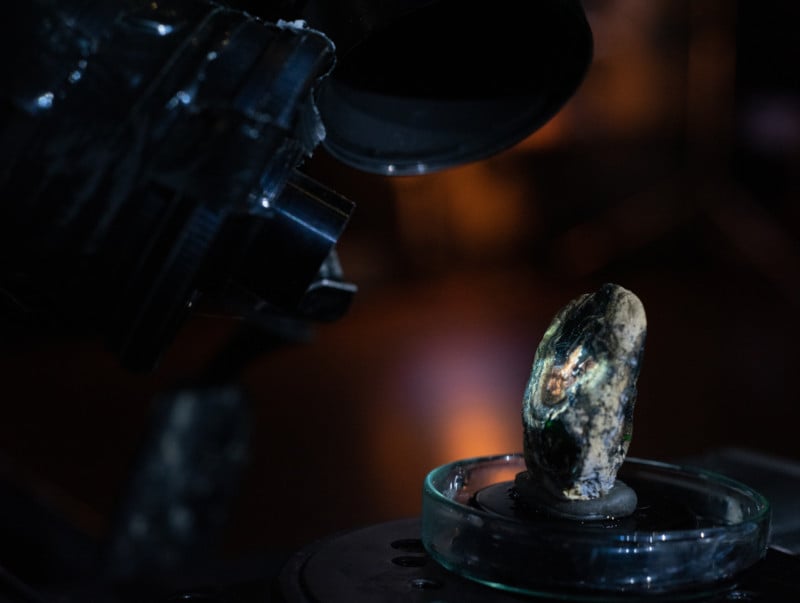 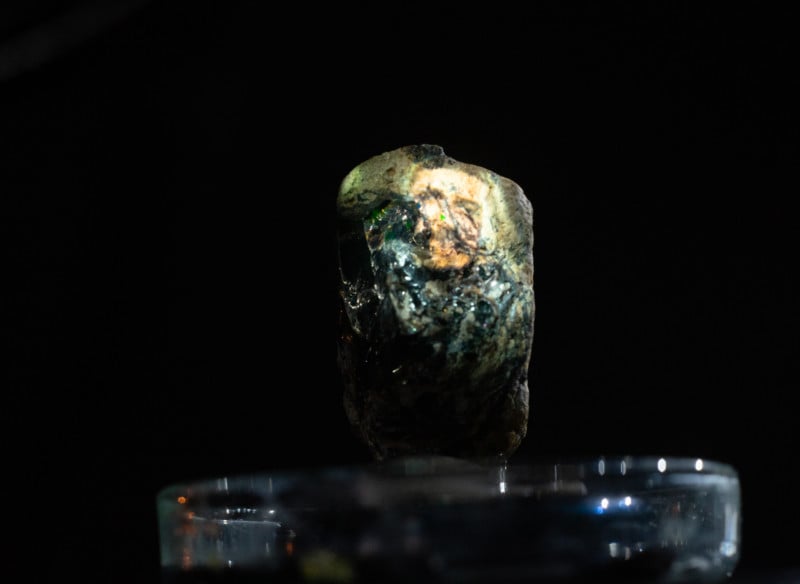 “That’s why I used a micro rotation stage which is speed controllable and thus allows very slow movements of the motif,” he explains. “The main camera was a Fujifilm XH-1 with various macro lenses. The most used lens was an old Nikkor 55mm f/2.8 attached to a bellows device to increase the magnification.” Stangl says that unlike his many other films, this one did not use any stop motion sequences, but instead uses entirely UHD video footage. He decided on this method because he wanted to project pre-synchronized video clips onto the opals that linked with the music. To maintain this kind of sync, he needed to use traditional video capture.

“The beamer was modified with a special lens to scale down the projection to a very small size which was about two to three centimeters in length,” he explains.

“Since I wanted to show a variety of opals, I shot many hours of footage. In the final result, only five minutes [were selected].”

Stangl encourages those who watch the video to look closely at the footage where they may discover bizarre landscapes, interstellar nebulae, and also human shapes. 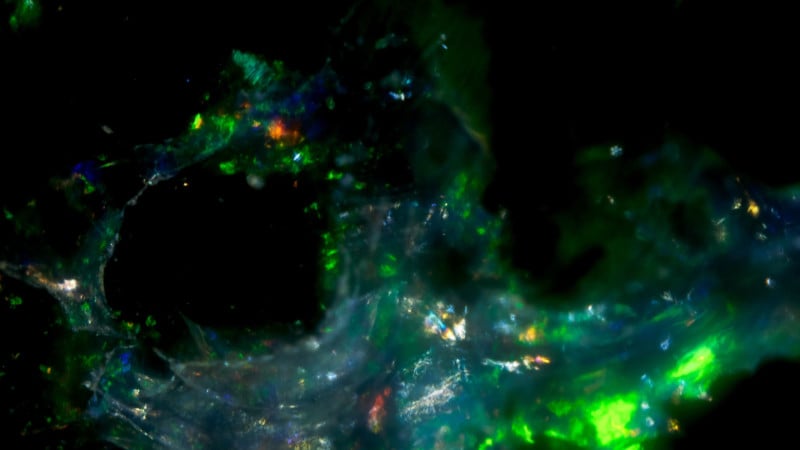 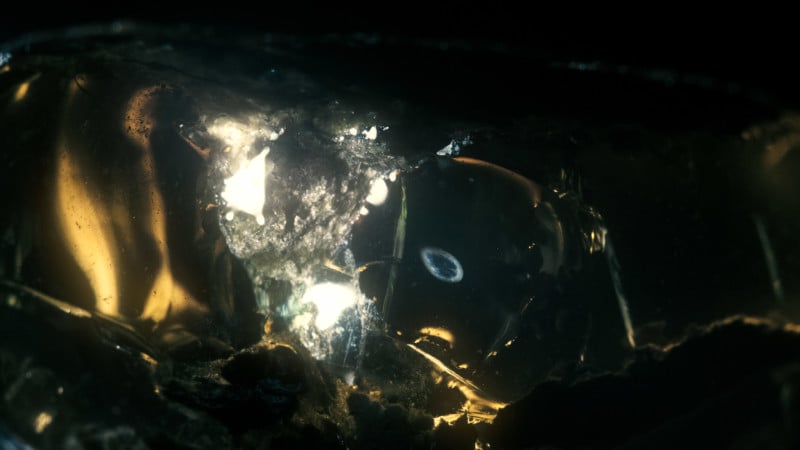 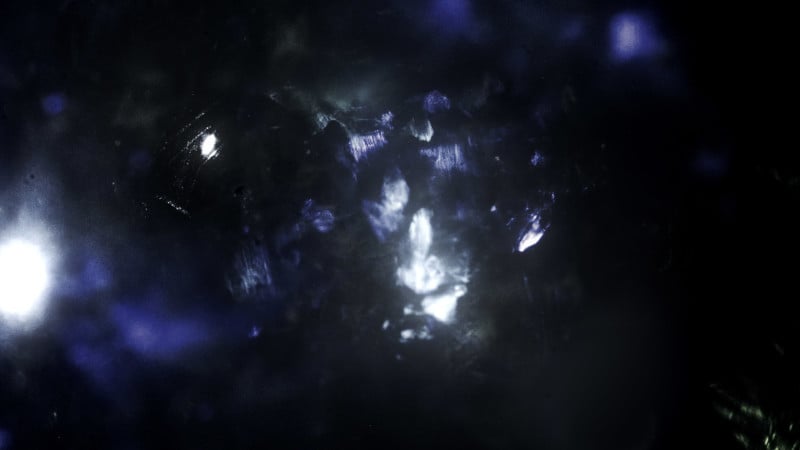