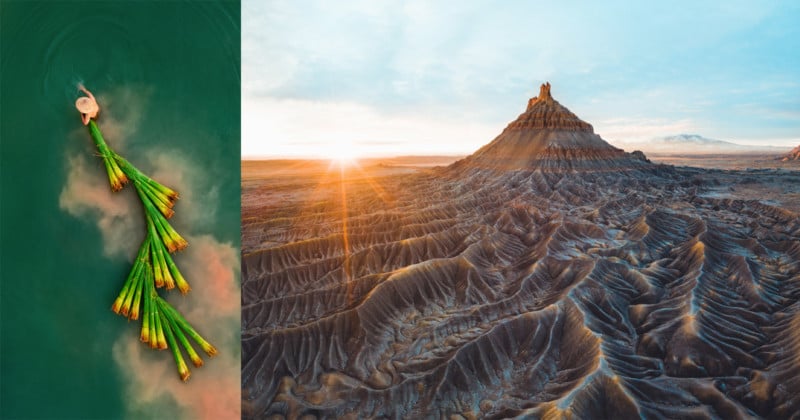 One of the world’s most popular aerial photography communities, SkyPixel, has announced the winners of the seventh-annual Aerial Photo and Video competition.

The competition, supported by DJI, attracted nearly 30,000 submissions from 124 countries and regions. Started in 2014, the SkyPixel online community has attracted over 37 million aerial photographers and videographers from more than 140 countries.

There are six video categories and four photo categories and the competition awards a First, Second, and Third Prize to each along with a Grand Prize overall winner and a Mavic 3 Limited Award that must feature content captured with a Mavic 3. The Grand Prize is a package of DJI products that is valued at $7,500, the Mavic 3 winners receive a package worth $6,000, and the First, Second, and Third prize winners receive packages worth $3,198, $2,038, and $1,118 respectively.

All submissions have been assessed by the Judging Panel of professionals in the industry, including Yann Arthus-Bertrand, Alex Mellis, Pieter de Vries, Stefan Foster, Karim Iliya, and Yunshan Yu.

The winning video awards can be viewed on the SkyPixel competition website. This year, the Grand Prize in the Photo category was captured by Zhu Jianxin for a photo of a frozen lake after a heavy snow in the Taklamakan Desert. The photo was captured with a DJI Mavic 2 Pro.

“Photography as an art form always comes from life. It is born from nature. I am amazed by how a drone changes my perspective and helps me capture the beauty of our world,” Jianxin says.

Below are the other winning photographers, divided into each of the prize-winning categories.

The remaining winners of the “Nominated Entries” and the “People’s Choice Prize” can be viewed on SkyPixel along with all of the winning video entries in the multiple categories.

Image credits: All photos are individually credited and published courtesy of DJI and the 2022 SkyPixel Competition.