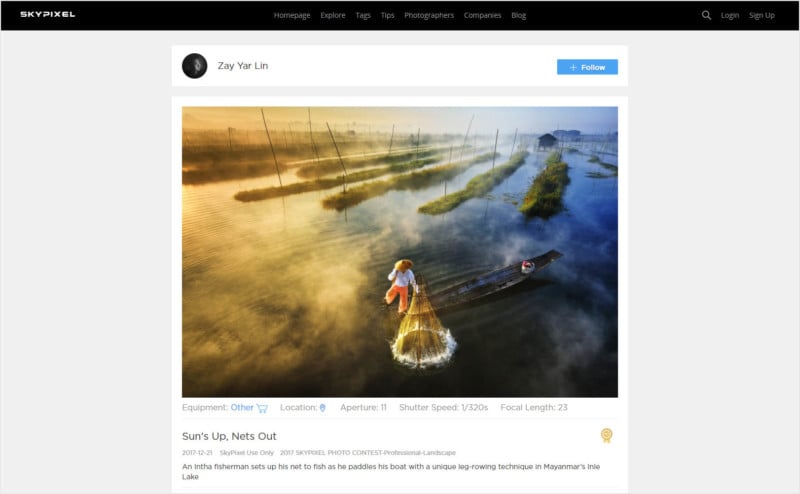 Earlier this month, DJI announced the winning photos for its prestigious SkyPixel 2017 aerial photo competition. The photos are certainly inspiring, but it seems that one of the 1st prize winners was neither shot with a drone nor captured in 2017…

The first prize in the Professional Landscape category was awarded to Burmese photographer Zay Yar Lin for this photo titled “Sun’s Up, Nets Out“: 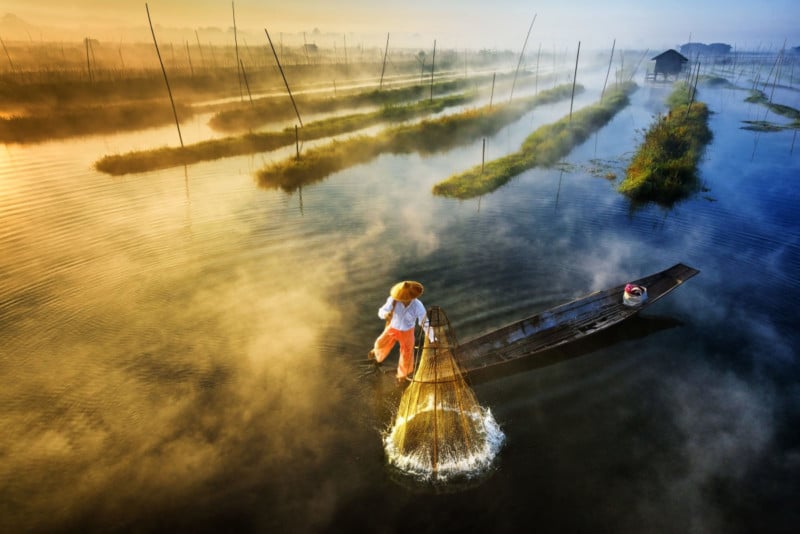 “An Intha fisherman sets up his net to fish as he paddles his boat with a unique leg-rowing technique in Mayanmar’s Inle Lake,” the description reads.

It seems that Zay’s photo doesn’t meet either of those conditions… unless standing at a high location while holding a DSLR can be considered shooting with an “aerial platform.”

PetaPixel was informed by a tipster that the photo had previously been submitted to prestigious awards in the past few years, a fact that SkyPixel was apparently unaware of.

Zay’s photo page on National Geographic’s Your Shot lists the EXIF details for the photo. The photo was captured on December 26th, 2014, using a Nikon D750 DSLR. The following year, Zay submitted it to the Nat Geo 2015 Traveler Photo Contest. 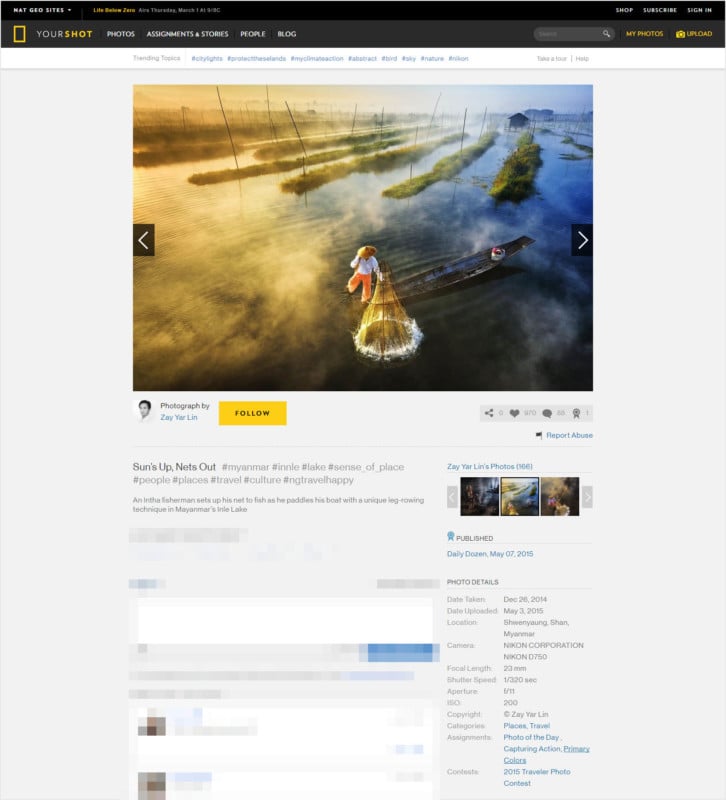 The photo was also submitted to the 2016 Sony World Photography Awards and was selected as a top entry in the Amateur Photographer of the Year 2016 contest.

“The image was taken from a high bamboo stage built near the fishing place in the lake for photography purposes,” Zay told Amateur Photographer in May 2016.

Still, SkyPixel 2017 selected Zay photo as one of the best aerial photos of 2017 and awarded him $7,709 worth of prizes, including a DJI Phantom 4 Pro Obsidian and a Nikon D850 DSLR.

Update on 2/28/18: Zay has contacted PetaPixel saying that his award has been disqualified and that he wasn’t aware of the contest’s rules. He also claims that his DSLR was mounted to a hexacopter that was on the bamboo stage. Here’s his statement:

I regret that I had shot with my DSLR with hexacopter on the bamboo stage to get the best angle. But to be honest, I wasn’t aware of the Photo Contest rules that all photos should have been shot in 2017. I’m a freelance and ethical photographer in the contests. Please look up my profile in any site. I really regret misunderstanding had occurred between us.

Gallery Hunting for Photo Thief to Let Her Curate an Exhibit