DJI has just announced the winners of its 2017 SkyPixel Photo Contest. The Grand Prize was awarded to photographer Florian Ledoux for his photo titled “Above the Polar Bear.”

The photo was captured using a DJI Phantom 4 Pro drone. Here’s Ledoux caption that was submitted with the entry:

Dear future generation, I hope we will still be able to see the Arctic wildlife as we do now. It is threatened as the environment is changing. I was able to witness many scenes of wildlife and I can guarantee you this is the most beautiful thing I have ever seen. Incredible and unique shot above a polar bear in Nunavut, Baffin area during wildlife reportage in Nunavut and Greenland.

This year, DJI’s SkyPixel photo contest received entries from over 40,000 contestants in 141 countries. Here are some of the other top prize winners from SkyPixel 2017: Photographer Zay Yar Lin won 1st place in the professional Landscape category for their photo “Sun’s Up, Nets Out.” One of my favorite shots. An early morning in Newfoundland, I was hiking on the East Coast Trail when I heard a bunch of seagulls. I quickly launched my drone to find-out what was causing the mayhem. It was a small cod fishing boat steaming towards the harbor, a truly magical moment. 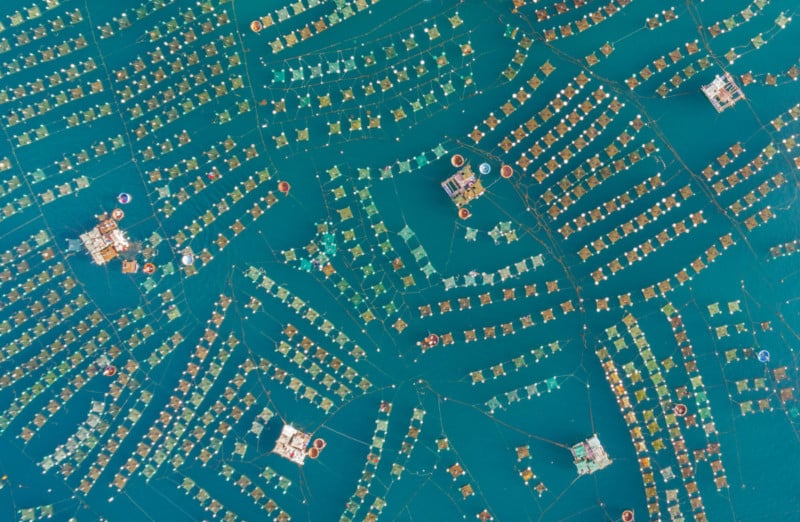 At downstream of BA River (Tuy Hoa City, Phu Yen Province, Vietnam) the farmers are raising ducks in the big numbers. The white ducks make a nice spot for a peaceful river. 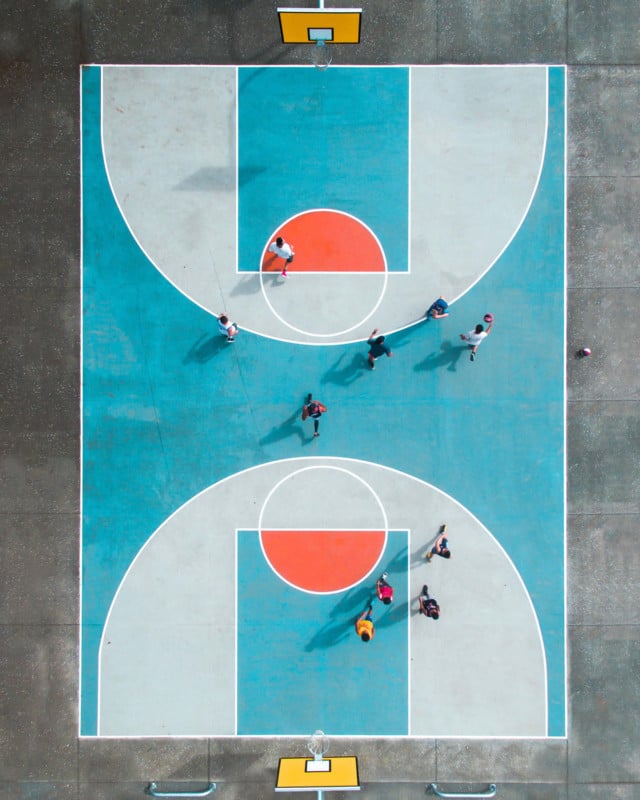 沈旻 won 2nd place in professional Portrait with a photo of a waterfall diver.

He is over sixty, he is the world record holder for the Guinness waterfall diving. In China’s famous spout of the Yellow River and the great falls of the water tower in Heilongjiang province, he surprised the world with his leap. In the air, his action stretches the beautiful. Freeze the moment of the shock, take this leap into eternity. 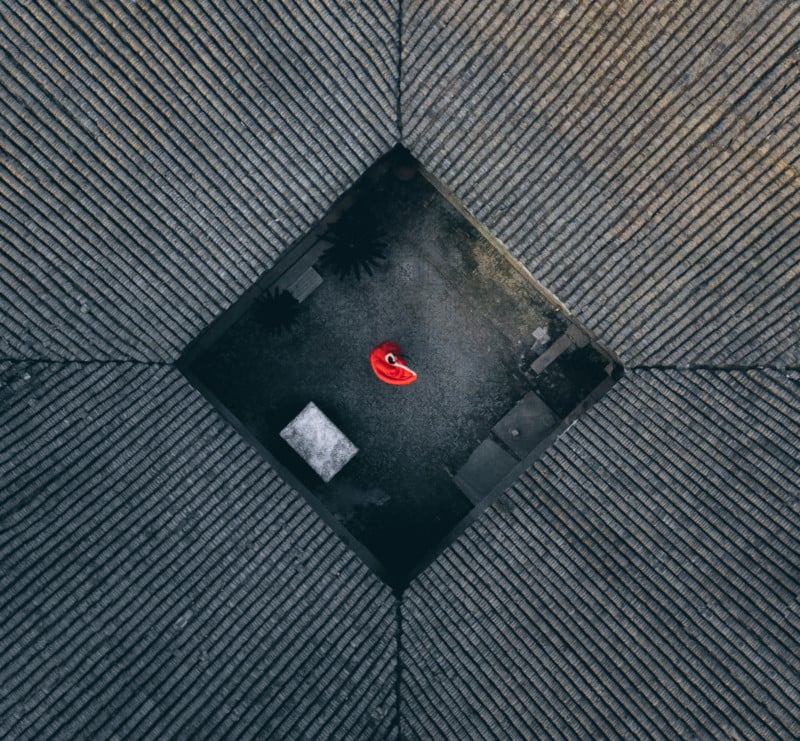 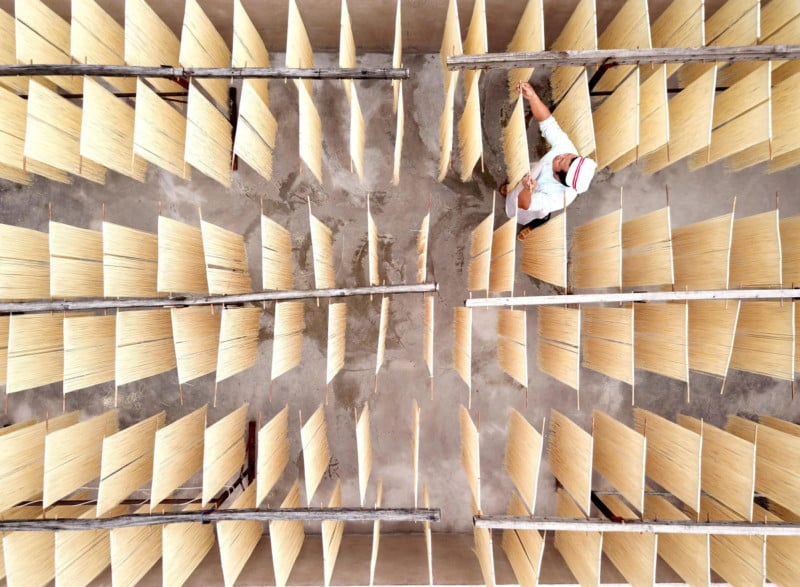 菜鸟视觉 won 3rd place in the enthusiast Portrait category with a photo of a villager drying noodles. A photographer who goes by “In the higher sky” won 1st place in the professional Story category with their photo series “The Land of the Earth.”

The rapid development of human civilization has brought a series of negative effects. The environment is polluted and the ecology is destroyed. At present, the status quo of pollution in the earth is very harsh, forming a staggering “earth 殇”! Mankind must reflect on the triumphant industrial development model, truly implement the policy of changing the mode of development and achieve sustainable social and economic development. 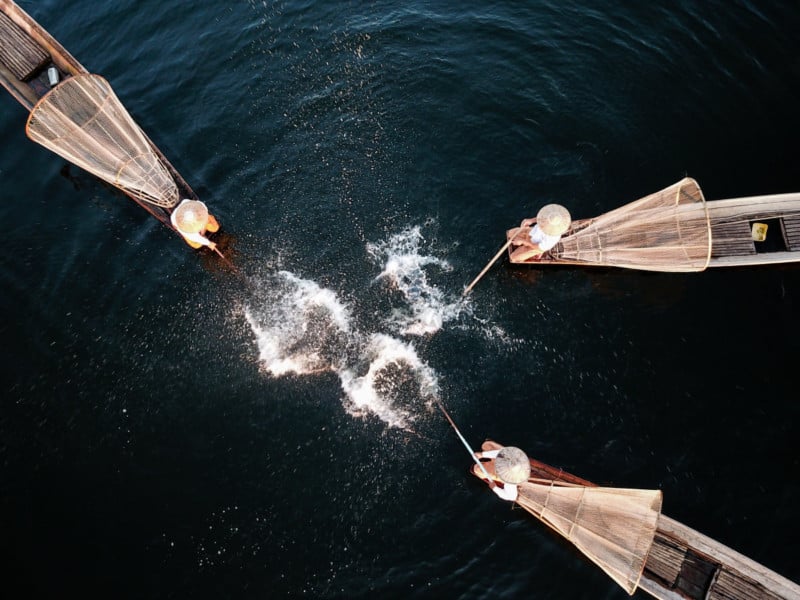 You can find the complete gallery of 2017 SkyPixel winners over on the contest’s website.