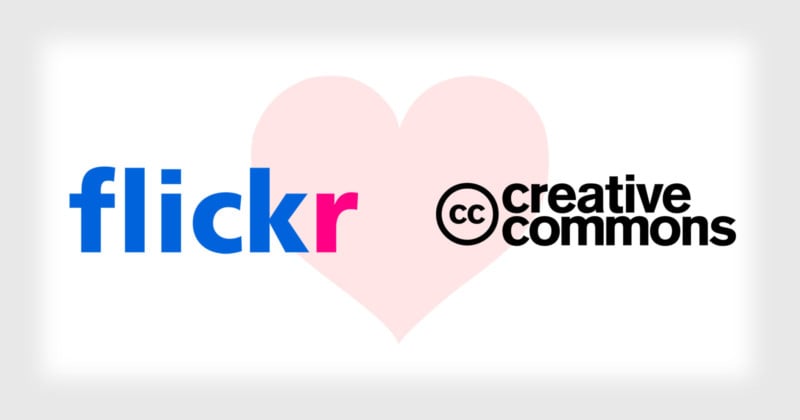 Flickr will begin deleting photos of accounts over the 1,000 file limit starting on March 12th, but the photo-sharing service has just announced two changes to its policy: spared from deletion will be all Creative Commons photos and the accounts of deceased members.

When Flickr announced its Free account changes back in late 2018, it stated that freely licensed public photos (e.g. Creative Commons, public domain, U.S. government works) uploaded on or before November 1st, 2018, would be spared from the mass deletion.

But Flickr is now going a step further by promising that future Creative Commons photos will be protected as well.

“Creative Commons licenses have been an important part of Flickr since we introduced them on our platform in 2004,” Flickr says. “We wanted to make sure we didn’t disrupt the hundreds of millions of stories across the global internet that link to freely licensed Flickr images. We know the cost of storing and serving these images is vastly outweighed by the value they represent to the world.

“In this spirit, today we’re going further and now protecting all public, freely licensed images on Flickr, regardless of the date they were uploaded. We want to make sure we preserve these works and further the value of the licenses for our community and for anyone who might benefit from them.”

At the same time as making this CC-photo change, Flickr is also disabling bulk license changing across the site to prevent members.

“We’ve done this to prevent community members from flipping all their images to a new license without first understanding the significant implications of the various free licenses we support,” Flickr says. “Any member (Free or Pro) can still change the license of any of their photos on the photo page.”

Thank you to @Flickr for this commitment to protecting CC licensed works! An update from CEO @ryanmerkley https://t.co/h2yX7yaVZN

Flickr is also announcing that it will preserve the accounts of members who pass away.

“Since we announced changes to Flickr’s Free and Pro accounts on November 1, we’ve heard from members who are concerned about what will happen to accounts owned by deceased members, and what will happen to their own accounts when they die,” Flickr says. “We’re photography lovers here at Flickr, too, and we love the idea of photographers’ legacies living on in memoriam—that’s why we’re pleased to announce today that we’re offering ‘in memoriam’ accounts to existing Flickr members who have passed away.”

All public content of “in memoriam” accounts will be preserved indefinitely even if the account’s Pro subscription expires. The account will also be locked (i.e. no one can sign in) and the username will be updated with the “in memoriam” status.

This $2,200 Sony Camera Got Fried by a Tattoo Removal Laser