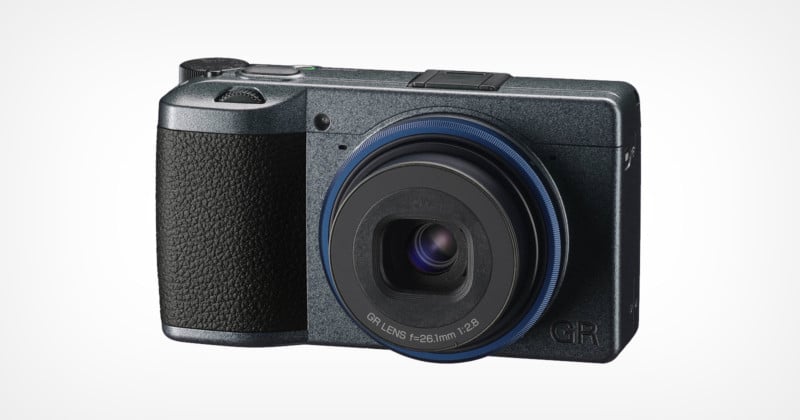 Ricoh has announced that it is releasing its GR IIIx in a new limited edition model called the GR IIIx Urban Edition Special Limited Camera. It features a different metallic gray finish and navy-blue ring around the lens barrel as well as exclusive accessories.

The camera body features a metallic gray finish that Ricoh says is designed to be reminiscent of the gritty tones of the urban landscape. This unique exterior finish requires a multi-coat process, which results in what Ricoh describes as the camera’s distinctive appearance and texture. The company says that in addition to the aesthetic difference, this coating also helps to make it easier for a photographer to get a firm grip on the camera. 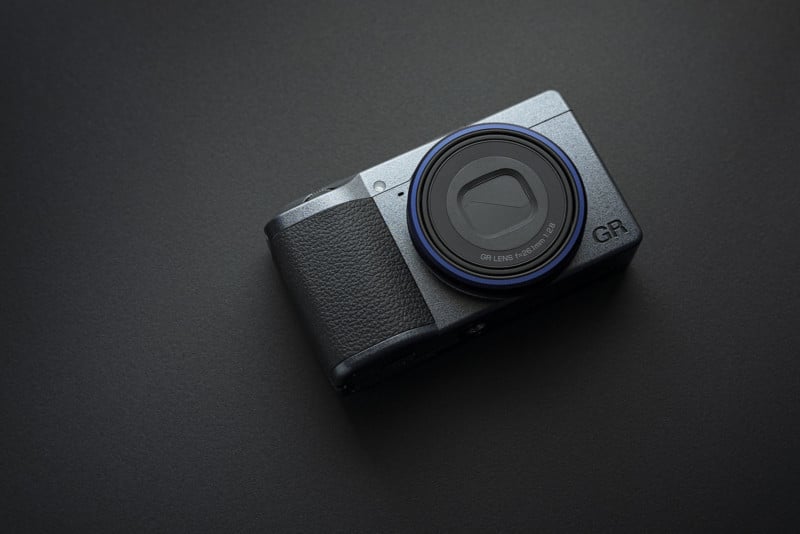 Ricoh says the GR IIIx Urban Edition camera body is accented by a navy-blue ring around the lens barrel, which the company says was selected to represent typical street shooter imagery such as deep blue skies reflected in a puddle following rainfall or “the bright neon signs of a never-sleeping city.” 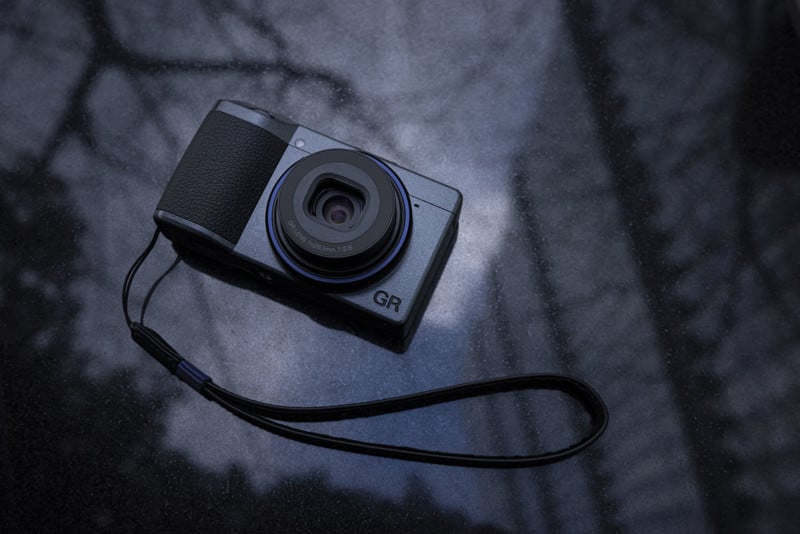 When the camera’s power is turned off, it displays a special shut-down screen featuring the product logo and a street-view image that Ricoh says symbolizes the package’s urban-oriented concept.

In addition to the aesthetic changes to the camera, the Ricoh GR IIIx Urban Edition kit comes with a leather hand strap and a metallic hot shoe cover. 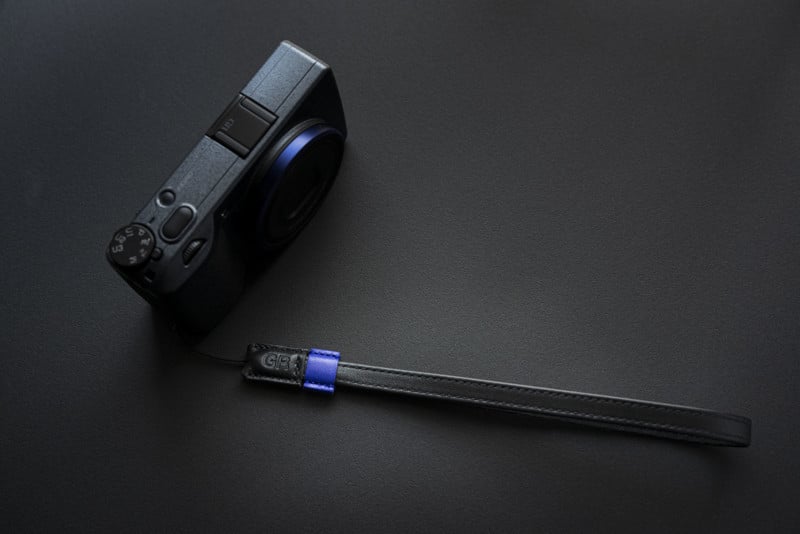 This camera also debuts several new functions that will also be available for standard GR IIIx models through a firmware update that will be released along with the Urban Edition.

The other functions of the camera are identical to the standard GR IIIx. 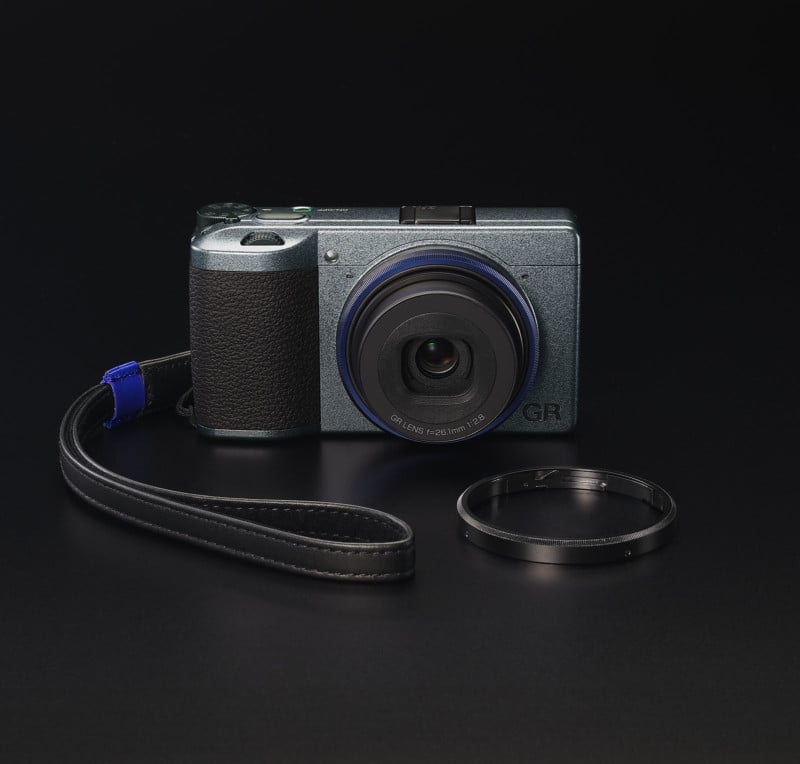 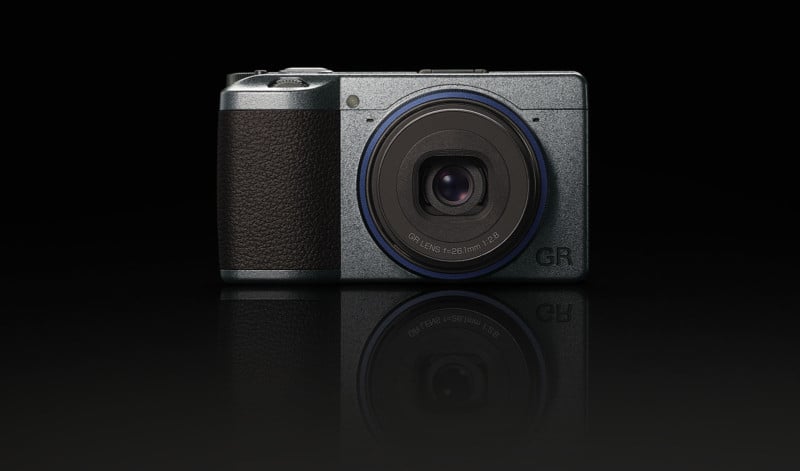 The Ricoh GR IIIx Urban Edition Special Edition camera will be available in limited quantities starting in April 2022 for $1,099.95.