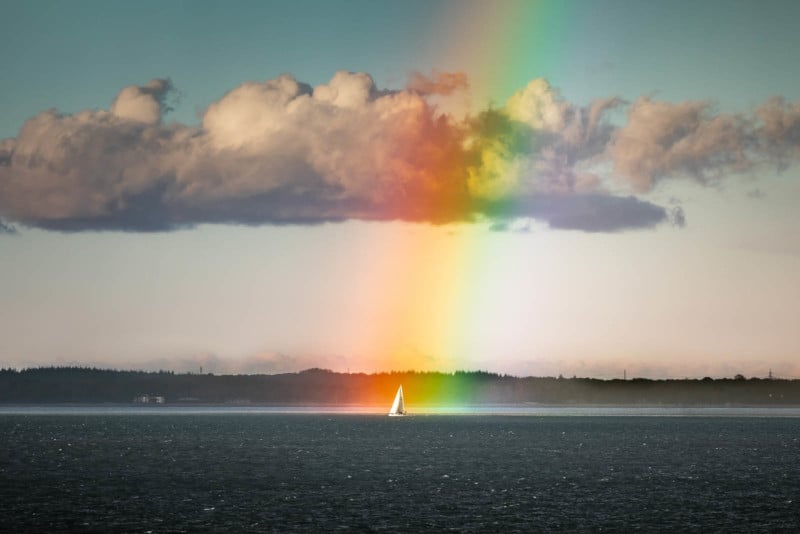 A photographer in England has captured a once-in-a-lifetime photo of a sailboat passing through the end of a dazzling rainbow right where the colorful light meets the surface of the water.


30-year-old photographer Chad Powell was near Yarmouth off the coast of the Isle of Wight, where is based, when he noticed that a brilliant rainbow had appeared across the water.

He quickly fetched his camera and managed to capture a gorgeous photo at the exact moment the vessel was bathed in the light of the arch.

“I saw the single boat out on its own to the right of the rainbow, and I quickly got out and grabbed my camera just as the boat sailed exactly in line with the rainbow,” Powell says. “It is a hopeful picture, I love how the rainbow lights up the sails of the boat.” 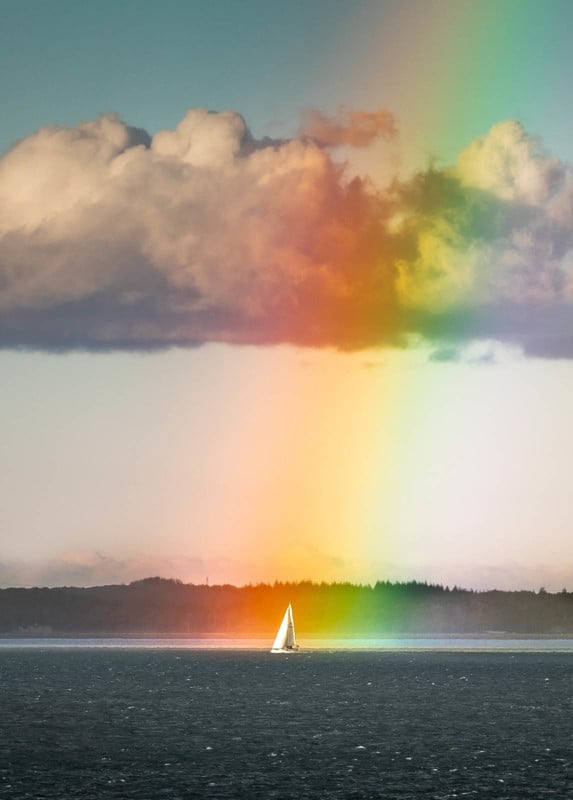 Powell’s photo settles the question of whether there is a pot of gold at the end of rainbows.

“There wasn’t a pot of gold at the end of the rainbow but it was certainly a golden moment,” the photographer says. 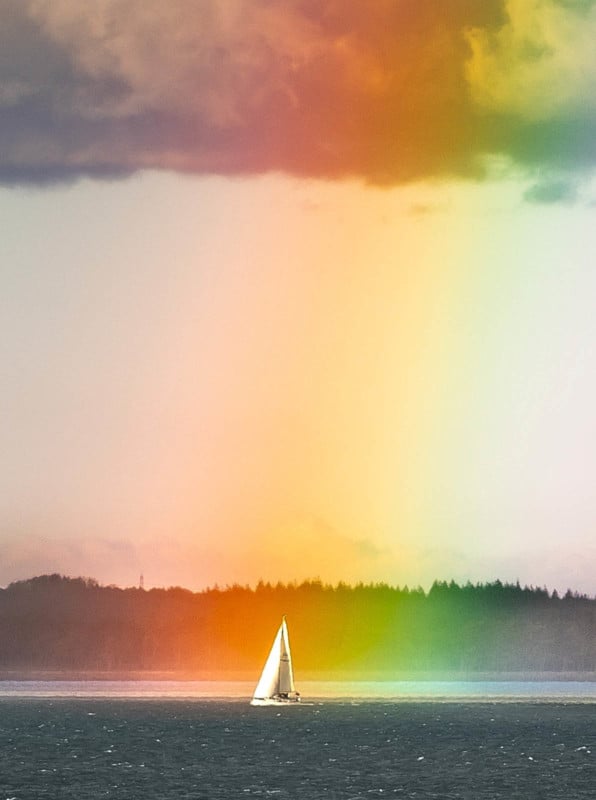 Two named European windstorms, Eunice and Franklin, had wreaked havoc on the UK over the past two weeks, leaving destroyed homes and damaged landmarks in their wake. Following the dissipation of the storms were calmer conditions that are conducive to rainbows.

After sharing the photo on social media, Powell received both praises for his rare shot as well as questions regarding whether the photo was real or the product of Photoshop fakery.

It’s clear, however, that Powell knows how to be in the right place at the right time. As a photographer focused on fine art landscape photography, he runs Powell Gallery & Shop in Newport, Isle of Wight.

“Absolutely right place and time…” writes a commenter named Jan Ward on social media. “You will have to fight off those who shout ‘Photoshop’ but your record shows you just know where to be.”