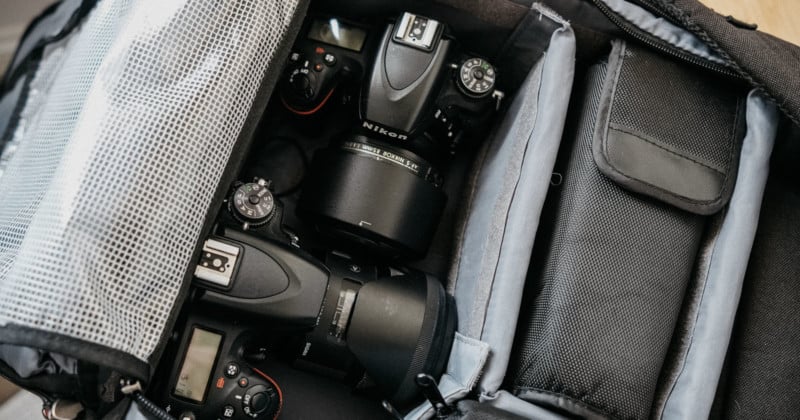 Anete Lusina has been a news, features, and reviews writer with PetaPixel for about a year and brings her talent for street and wedding photography to frame many of the stories you see here.


As she focuses more on personal work and journalism, we thought it would be interesting to share what her workstation looks like and give you an insight into what she carries with her when her camera is in her hand.

Anete is Latvian-born but currently lives in the United Kingdom. A wedding photographer for years, Anete is now mainly focusing on personal documentary projects, street photography, and journalism.

What’s On Your Desk?

Anete lives with her boyfriend and as such shares a workspace.

“Instead of getting a desk each, my boyfriend and I opted for one long Ikea kitchen top, which we paired with legs on either side and an office file cabinet in the middle,” she explains. 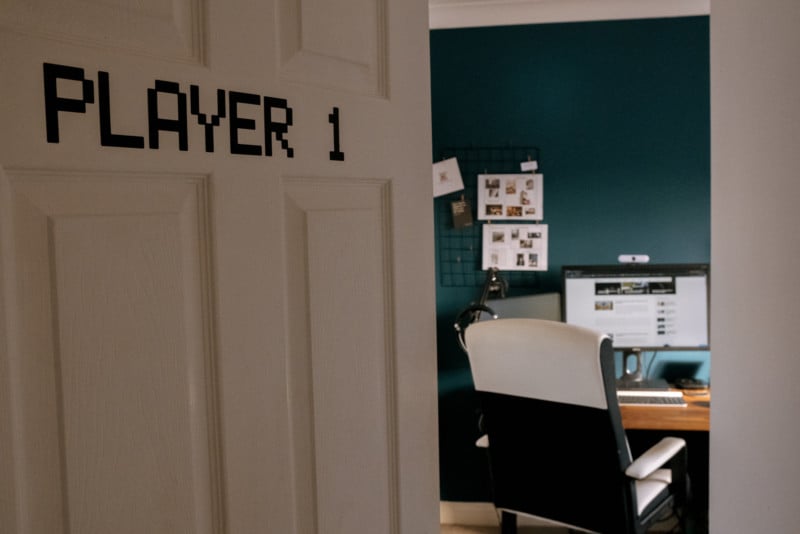 “We bought it just before the pandemic, thinking it’ll be nice to play video games alongside each other after work, but next thing you know we’re both working from home! I find that our desktop is sturdy and comfortable for long periods of working, compared to some thinner desks that I’ve tried.”

Since she began to strongly pursue journalism with PetaPixel last year, her computer setup has changed. 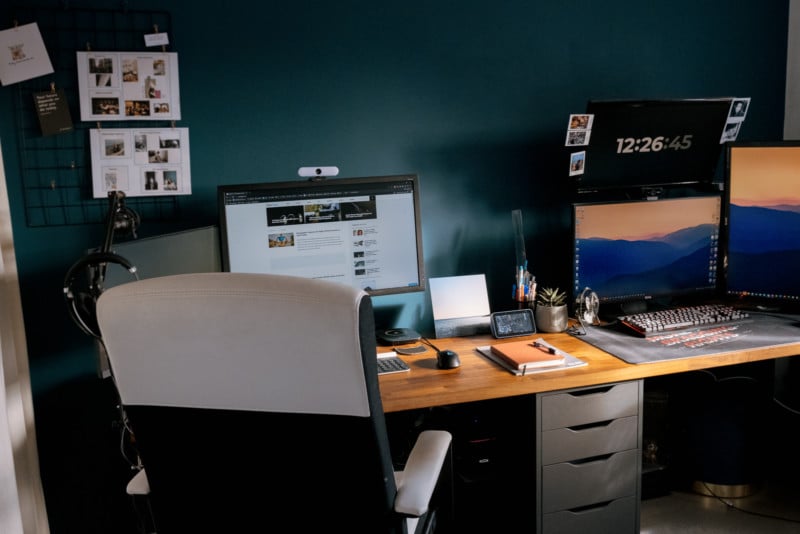 “I only had my MacBook and one additional monitor to work with at the start. But, soon after, I ordered PC parts to create a custom PC (with the help of my IT-savvy boyfriend!). I keep the PC case under the desk, and all the cables tucked away and attached to the bottom of the desk. 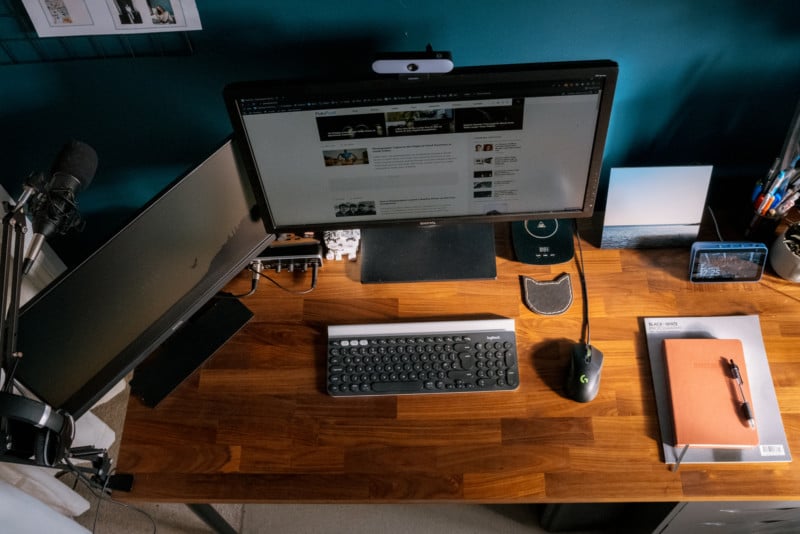 “Now, I have two monitors — a smaller (and cheaper) BenQ where I move everything that supports the task I’m working on, such as Slack, email, additional browser tabs, or anything else (including Netflix). My primary work monitor is a larger BenQ PD Series — I use it for more accurate photo editing, too. 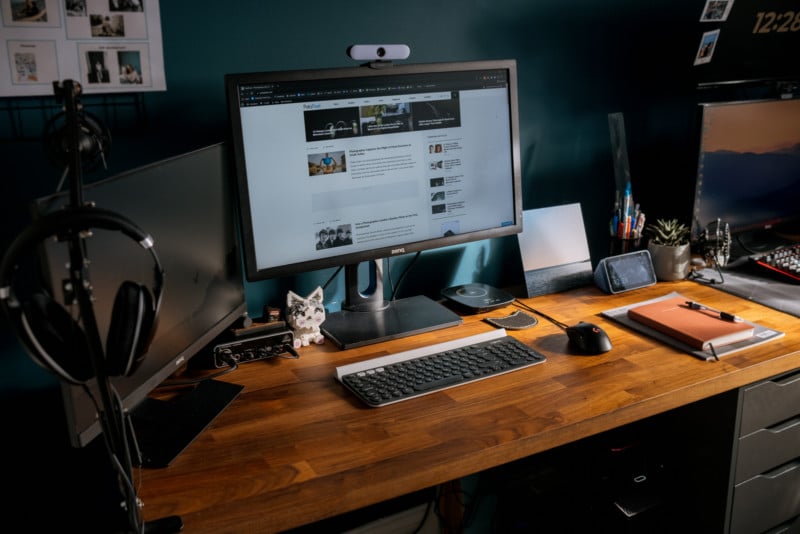 “I don’t like the sound and feel of a mechanic keyboard, so I settled on a wireless Logitech one, although it doesn’t quite go with the aesthetics of my gaming mouse, which I had bought prior.”

Anete says she’s been dabbling in recording video, and as such needed a decent audio setup as well.

“I got a Behringer U-Phoria UMC 22 audio interface for recording videos for YouTube or courses. I use it for my headphones output, too. I also have my Marantz microphone on the edge of my desk, which I usually tuck away, just behind my smaller monitor, so it’s out the way when I don’t need it. Although I bought a webcam for my PC, it kept crashing on every Zoom call. Now, I use my old MacBook for video calls until I get myself a new webcam or fix the issue.” 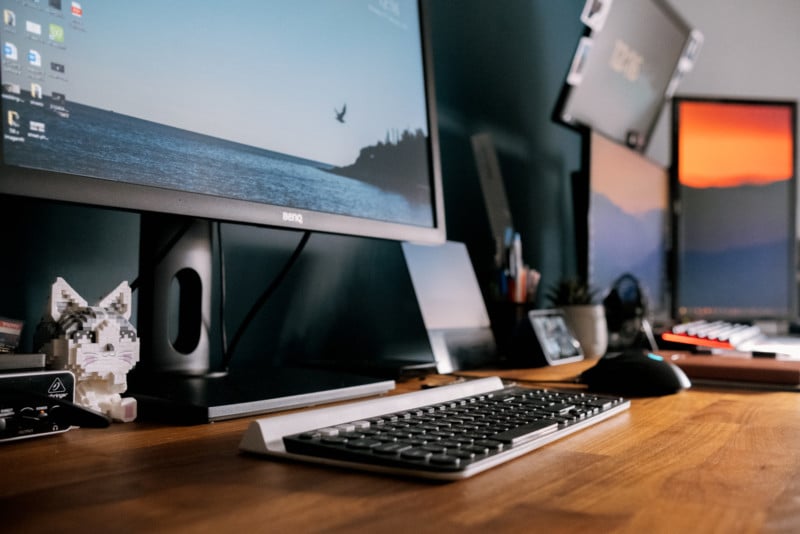 Anete’s setup is clean and what few accessories she has on hand, she keeps under her main monitor. This includes a USB and memory card holder, a cat figurine made up of 1,033 micro blocks she spent hours assembling by hand, a USB-powered mug warmer, and a diary.

“We have the ‘common area’ on the desk between my partner and me. This houses our Echo Show we use to keep an eye on security cameras and the time of the day. We also keep stationery there and a metallic print from the last holiday to give us something relaxing to look at on stressful days.”

What’s in Your Camera Bag?

Anete says that compared to a lot of modern photographers, she thinks her setup is particularly minimalistic.

“My two main bodies for shooting for work purposes are two Nikon D750 cameras and a choice of three lenses: Sigma Art 35mm f/1.4, Nikon 50mm f/1.8, and Nikon 85mm f/1.8. Generally, I like to cover everything — from weddings to lifestyle and stock — using the Sigma Art 35mm f/1.4 and Nikon 85mm f/1.8. If I have to be on the location for longer, like weddings, I use a fabric harness that holds both camera bodies.” 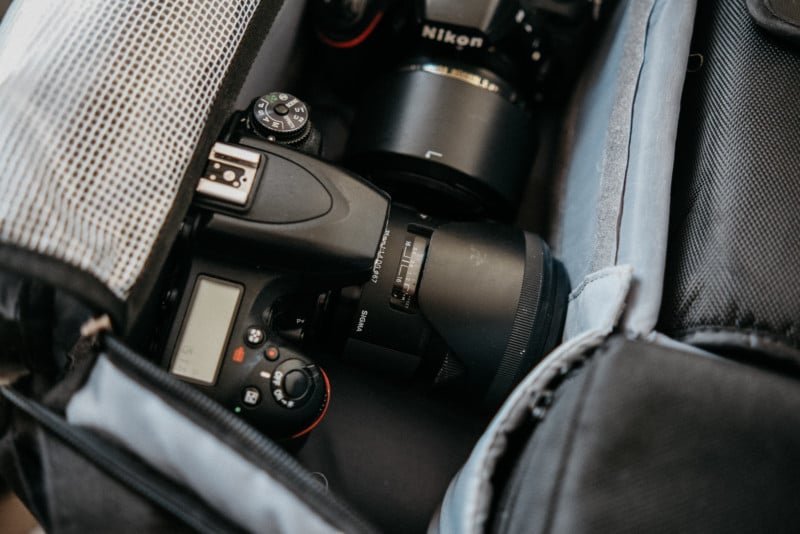 She says that she has found that the two focal lengths cover most of what she is looking for when she’s behind the camera, though admits she could happily shoot with a wide-angle lens alone, for the most part.

“For tricky light situations, I have two Yongnuo flashes and one Metz flashgun for my Nikon bodies.”

When she’s shooting for herself and not a client, she prefers a different camera.

“For my personal photography and as a backup for some jobs, I use a Fuji XT-3. It works well for video, too, and as someone who only films the occasional stock footage, it’s more than enough for me.

“When it comes to lenses, I pair my Fuji XT-3 with Viltrox 23mm f/1.4 or Fujinon 35mm f/2. I also own an old and battered Fuji X-Pro1, which was my first entry into the Fujifilm system. It came with an adapted manual-only Ricoh XR Rikenon 50mm f/2,” she says. 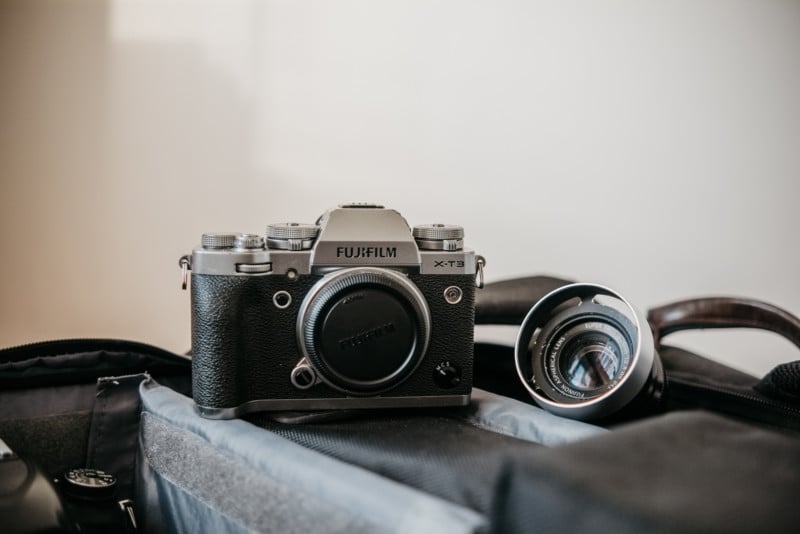 “I use a Canon EOS M50 with a kit lens for any vlogging or quick videos. The camera is super lightweight and inconspicuous, and when I travel, I can use Fuji for stills and Canon for any video clips. Although, it’s not too bad for quick snaps on the go either.” 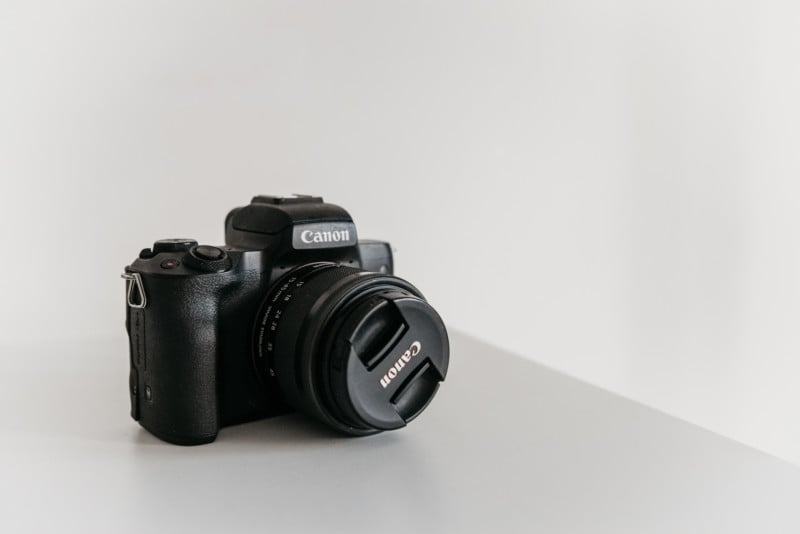 When it comes to accessories, Anete has a few that she keeps on hand for various creative applications.

“Some of my favorites include a prism for creative effects, a Fuji Instax Mini Link printer, Godox continuous LED light, and a set of small vinyl backgrounds to use as a backdrop for some still-life shots,” she says. 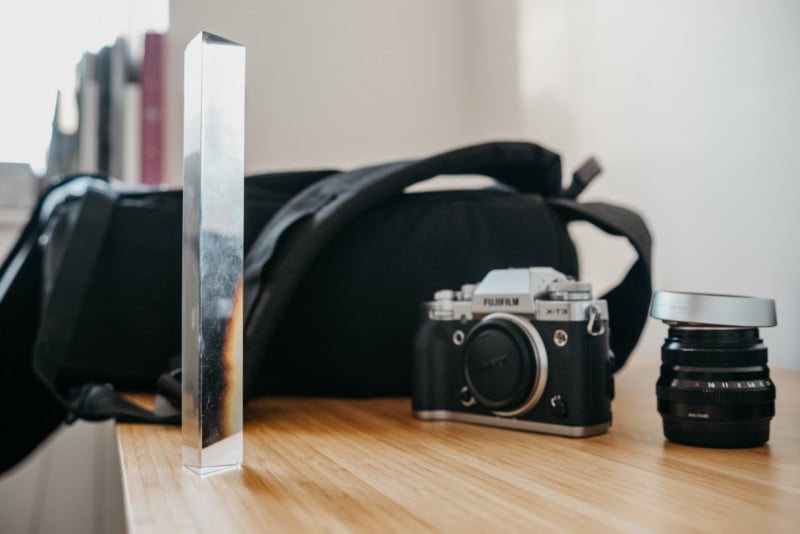 Anete says she’s not the kind of person who needs to always have the latest and greatest and instead is happy with the tools she knows she can use to make her style of photos.

“Overall, I don’t tend to buy the latest photo gear but I make sure that whatever I have works well for my needs.” 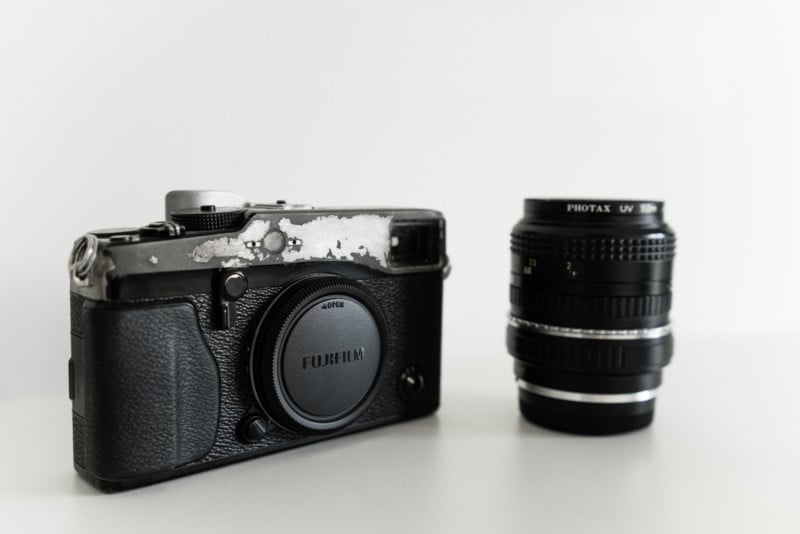