With the help of a steel-enforced custom-made camera box, wildlife photographer and conservationist Donal Boyd captured intimate portraits of elephants and lions that otherwise would not be possible.

For the most part, wildlife photographers use telephoto lenses to capture candid moments of wildlife without disturbing them or encroaching on their habitats. But having already shot numerous portraits of animals with a long lens, Boyd wanted to try a more intimate approach that would make the viewer feel physically closer to the animals.

To achieve wide-angle close-ups of wildlife, Boyd used a custom-made camera box with steel housing to capture animals at the Erindi Private Game Reserve in Namibia, Africa. The steel body ensured the camera goes unscathed even if an adult elephant — the females reach up to four tons and males can weigh up to seven tons — decides to play with it or even step on it. 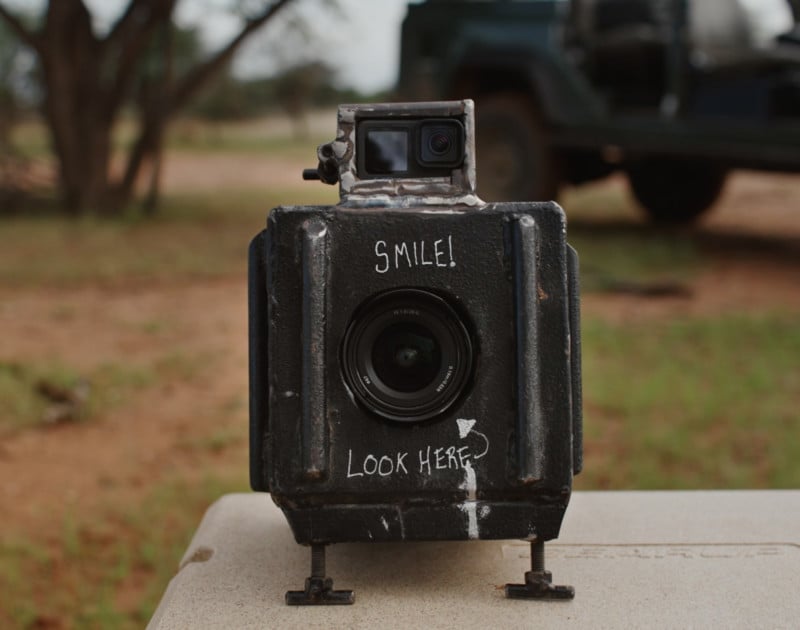 To get the camera in the right place, Boyd observes the group of animals, starting with the elephants. Knowing the general direction in which they are moving, he got ahead of them and placed the camera down in their path in anticipation of their arrival.

It’s not always a sure-fire approach because sometimes animals may not notice the camera or change their direction completely, in which case Boyd has to try a few different methods.

To take shots when animals are nearby, Boyd uses a radio remote to trigger the camera while maintaining a safe distance. The goal is to capture shots while animals engaging with the box, unlike a typical camera trap, which is why the camera body is made out of steel. Not forgetting the welfare of animals, Boyd made sure the box is safe enough for wildlife to interact with. 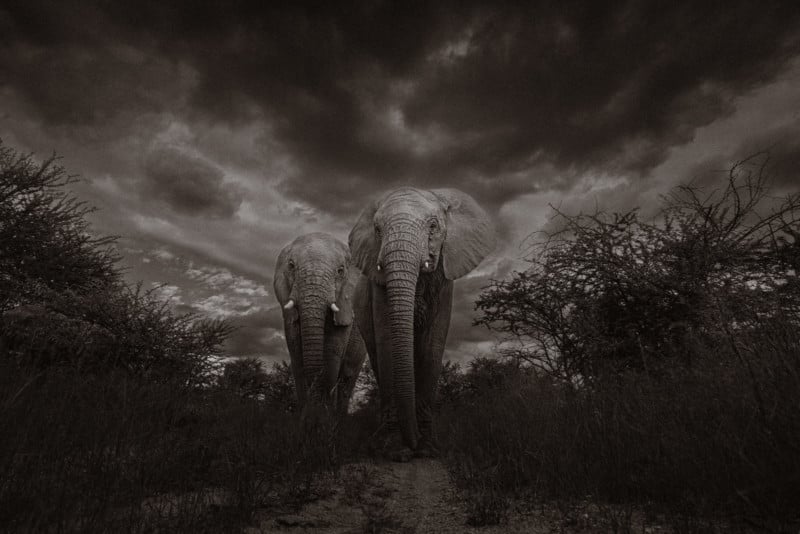 After a while, a herd of elephants curiously approached the camera and started playing with it using their feet and trunks, which resulted in a series of low-angle portraits that would be difficult to achieve with a telephoto lens from afar. 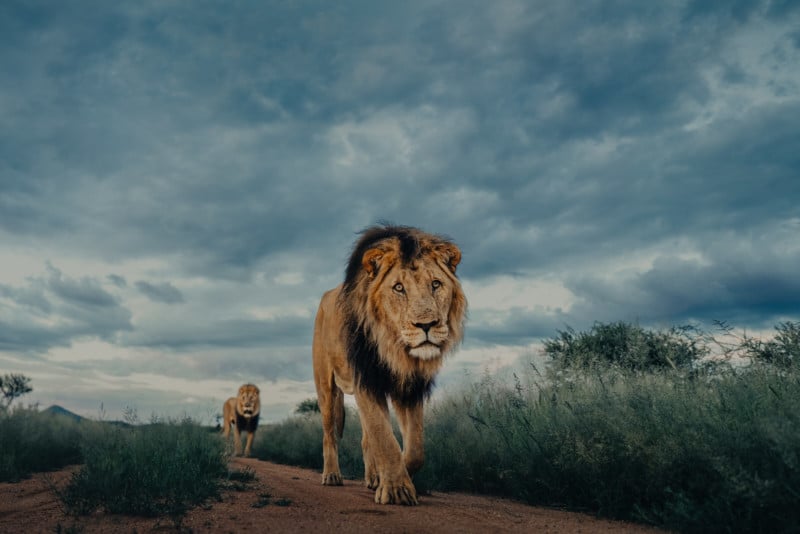 In a similar manner, Boyd put the camera down in the path of a couple of lions, who were intrigued by the unfamiliar metal box laying in the middle of a road. After a close encounter with the camera, Boyd got a number of portraits of the two curious male lions, making the experiment a success.