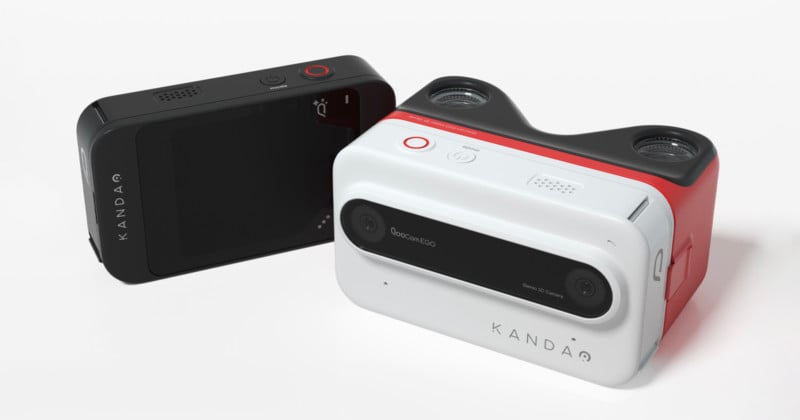 Kandao, a virtual reality technology company, has announced the QooCam EGO, what it calls the world’s first handheld stereoscopic camera. It is a pocket-sized 3D camera and display device that allows photographers to shoot, edit, view, and share 3D photos.

Kandao says the QooCam is the world’s first 3D camera that allows for “instant immersion.” Using two cameras, the QooCam doesn’t simulate 3D, it actually captures it. The two cameras recreate depth perception that is simialr to human left and right eyes with an interpupillary distance of 65mm. 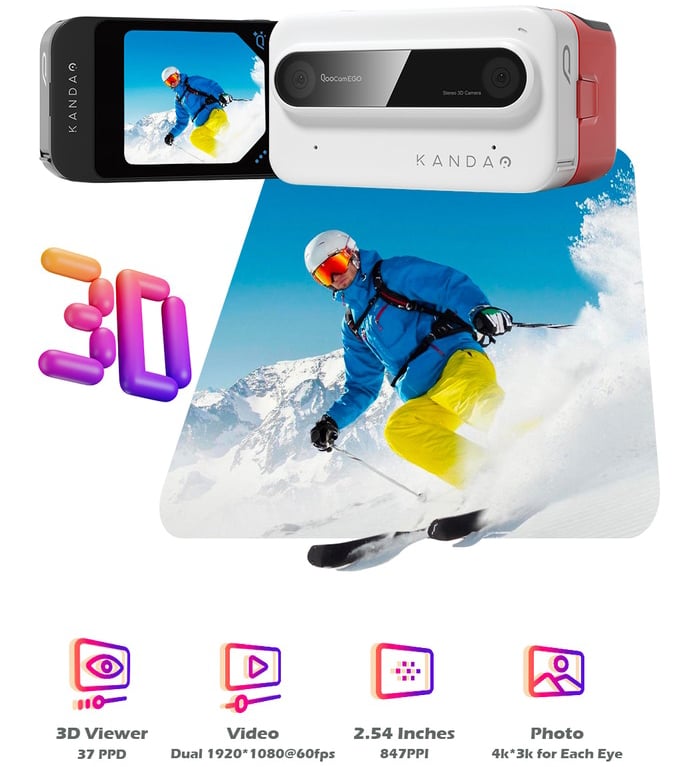 The company says that it uses a “revolutionary” optical correction algorithm that studies and optimizes the details needed to capture images in a way that mimics human vision to create photos and videos with “incredible depth and excellent realness.”

The QooCam shoots footage at 1920 x 2160 pixels at 60 frames per second and works with the company’s HD display technology to display footage in the camera with what it claims to be excellent smoothness, brightness, and visual comfort. In short, Kandao says the QooCam is able to show 3D footage through its viewfinders that is free of what is often distorted 3D that can cause viewers dizziness or discomfort.

The camera shoots to both JPEG and DNG for photos but the company did not explain how 3D photos specifically work, despite the detail spent on how it works with 3D video content.

“QooCam EGO is more than just a 3D camera, it is an integrated creative tool that liberates images from the 2D screen, and it is the first product that solves the easy-viewing issue of 3D content,” the company’s CEO Dan Chen says.

“The images it produces are more lifelike than ever before, as the video quality is up to four times sharper than 3D blu-ray movies. Our mission is to enable photographers and content creators to present their work in the most vivid way possible.”

Two Pieces that Clip Together: Camera and Viewfinder

The QooCam EGo is made of two pieces that clip together magnetically. The camera body itself is relatively thin and lightweight at ust 160 grams, meaning it is easy to use in a variety of situations including on a selfie stick or worn around the neck. The rear of the unit is the viewfinder, which magnetically attaches to the back of the camera for easy viewing.

Kandao says the QooCam is cloud storage capable — though the company doesn’t detail exactly what it means by that — and also supports storage to a microSD card. The QooCam also connects to a smartphone via an app that allows users to edit footage that can be viewed on the QooCam or shared to other 3D display devices. The company says that the footage taken with the QooCam does not need to be converted or stitched in any way to be enjoyed on other devices like VR headsets. It is very possible that the footage will be directly compatible with 3D stereoscopic displays.

The QooCam EGO is available to back on Kickstarter starting at $279. The company has already raised more than three times its target at the time of publication and expects to begin shipping units by March of 2022 — pretty much immediately after the conclusion of the crowdfunding campaign.