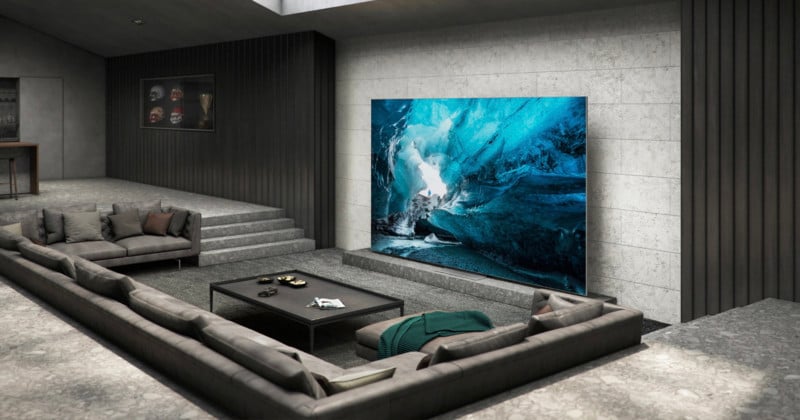 As part of a series of announcements it made for the Consumer Electronics Show (CES), Samsung unveiled that it would be adding an NFT marketplace into its smart TV system that would allow users to browse, buy, sell, and display art on Samsung TVs.

Samsung’s new Smart TVs will ship with what it calls its new “Smart Hub,” which is billed as a system that puts content curation and discovery front and center of the viewing experience. The company says that it will guide users to their favorite content or help them discover new content with less time spent through traditional search. The Smart Hub has three main modes — Media, Gaming, and Ambient — and can quickly transition between each. Samsung hasn’t clarified how the Smart Hub works with its current Smart TV application — called Tizen — or if it replaces it.

The Hub features four major features: the gaming hub (which is a way to discover and play games through televisions directly and is supported by Samsung’s partnership with NVIDIA GeForce Now, Stadia and Utomik), a “Watch Together” feature, Smart Calibration (an intuitive, integrated platform for discovering, purchasing and trading digital artwork through MICRO LED, Neo QLED and The Frame), and the NFT Platform.

The introduction of the NFT Platform marks the first time a major television manufacturer has decided to support non-fungible tokens in any capacit and provides a more tangible way for NFT owners to enjoy their purchases.

The company’s NFT aggregation platform is built into this system and allows users to browse, buy, sell, and display NFT art directly through a compatible Samsung television. The company says that the NFT platform it built features an intuitive, integrated platform. Any art bought or displayed is supported by the aformentioned Samsung Smart Calibration feature that automatically adjusts the display settings “to the creator’s preset values” to assure that how it appears is exactly, or as close as possible to, how the artist intended. The Verge compares the idea to Dolby Vision or Netflix Calibrated Modes as an example of how this might work.

The NFT Marketplace feature will be supported on the company’s 2022 lineup of MICRO LED, Neo QLED, and The Frame television models. Samsung says that the platform is an aggregator, and as such, it is assumed that the platform isn’t just supported by one NFT marketplace, but several. The company hasn’t specified which marketplaces it will support, but that information should become more available leading up to the commercial availability of the televisions.