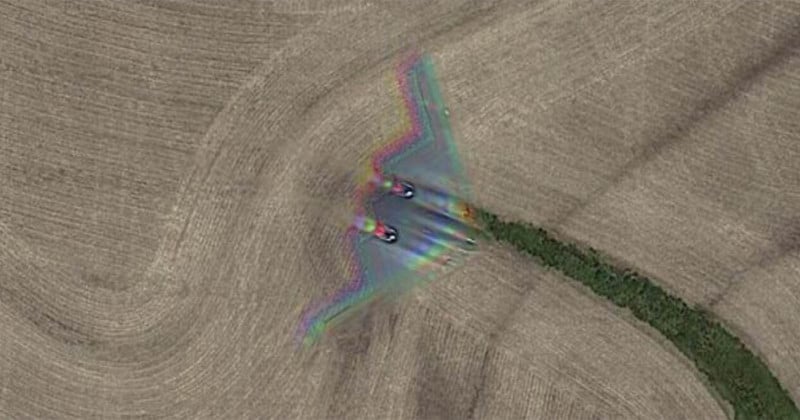 A Northrop Grumman B-2 Spirit stealth bomber has been caught flying over farm fields in the Midwest by Google Satellite cameras. It was spotted by a sharp-eyed Google Maps user.

The Discovery of the B-2 Stealth Bomber

Google has been working to photograph seemingly every inch of the globe for its street and satellite views, and this occasionally results in some unexpected photos. The stealth bomber was discovered by Redditor Hippowned in Missouri about 50 miles east of Kansas City. 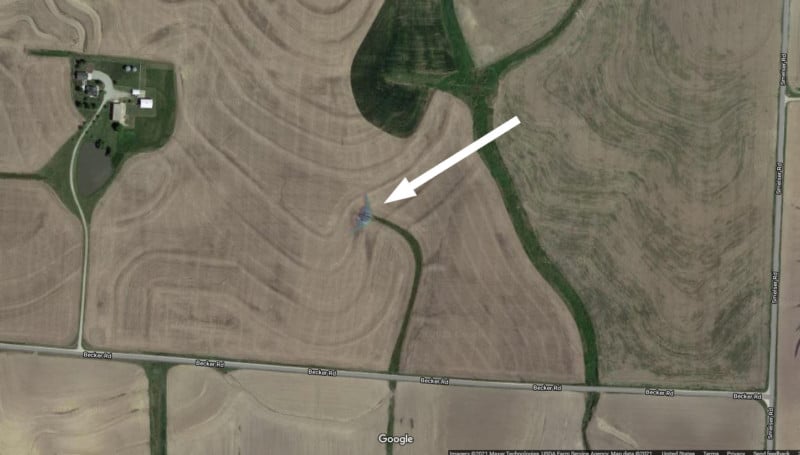 The blurry look of the B-2 in the photo is a result of how the satellite cameras captured photos for the red, green, and blue (RGB) channels separately before combining them into a single full-color image. The same effect was seen back in 2010 when Google’s satellites photographed an airliner over Chicago.

About the B-2 Spirit Stealth Bomber

The B-2 Spirit is a heavy strategic bomber created during the Cold War that uses stealth technologies for flying through anti-aircraft defenses. Each one is capable of carrying up to 40,000 pounds (~18,000kg) of explosives, including nuclear weapons.

Only 21 of the stealth bombers were built at an average cost of over $2 billion per aircraft, and one of them was destroyed in a crash in 2008, so seeing or photographing one of these bombers may not be easy.

“Not much of a stealth bomber then huh?” says user Alw4r.

Whiteman AFB: The Home of the B-2 Spirit

For those interested in seeing the B-2 in flight, this location in Missouri is the right place to be. This B-2 was spotted just 20 miles north of Whiteman Air Force Base, the current home of the B-2 Spirit. 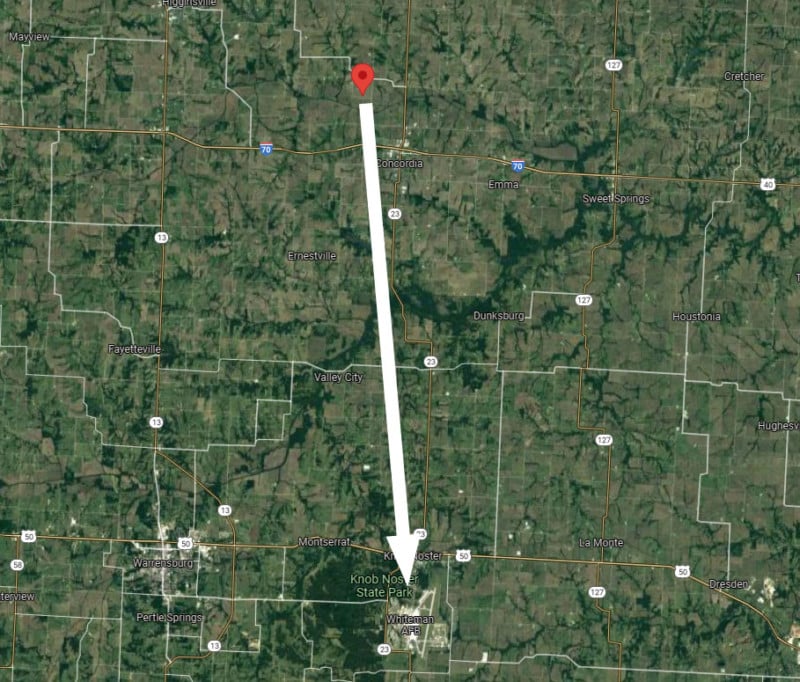 All 20 B-2 Spirit stealth bombers currently in service are based at Whiteman AFB.