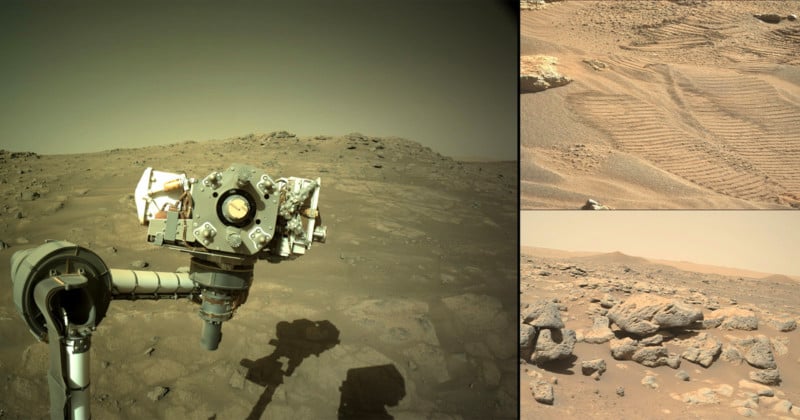 The Mars Perseverance Rover has been hard at work on the Red Planet since it landed earlier this year. In addition to capturing physical samples, it has also been regularly snapping photos and NASA has shared its most liked images from the last year.

NASA hosts all the photos that the Mars rover captures and each can be liked by the public. NASA compiles these likes to determine a weekly favorite and has been doing so for the last 44 weeks.

As 2021 is coming to a close, the Perseverance Rover tweeted a short video that shows the top liked photo every week since it has been on Mars.

“My passion for rock collecting is matched only by my love of photography,” the rover tweeted. “Thanks for voting on your favorite new images each week — looking forward to many more to come!”

My passion for rock collecting is matched only by my love of photography. Thanks for voting on your favorite new images each week – looking forward to many more to come!

The photos range in subject matters and significance. While the first photo in the list might not seem particularly interesting, it is notable because it was the first photo Perseverance sent back to Earth after a successful Martian landing. Other popular photos include shots of the Ingenuity helicopter drone, wide photos of the Martian landscape, and close-ups of different rocks. Below are a few selects from the full gallary:

The camera system on the Perseverance rover, which consists of 23 separate imaging systems, is nothing short of incredible. The cameras on NASA’s latest rover are significantly better than the ones on the previous Curiosity rover in several ways: they can take color images, they have a wider field of view, and they have more resolution. In total, these three aspects greatly improve the quality of images taken by even the rover’s engineering cameras.