Photographer and Youtuber Mathieu Stern recently purchased two glass plate negatives from 1910 and decided to scan, restore, colorize, and animate the photos with the help of artificial intelligence (AI).

Stern said that after he purchased the two negatives, he spent some time online studying Victorian glass plate archives so that he could try and learn more about the woman in the photo. What he found was that in the early days of photography, getting a portrait taken was expensive, stressful, and time-consuming. He says this is likely why photos of people from that time period look cold and emotionless.

In the video, Stern provides several examples of photos from the archive that illustrate this. What makes Stern’s particular negatives different is that the woman depicted isn’t alone: she’s with a dog.

“While doing research, I discovered something amazing that changed people’s faces,” Stern says. “With pets in front of the lens, everything became different. A new emotion appeared: the happiness of being together.”

Stern says that at the start of the 20th century, people started to rethink their relationship with animals and pets became viewed as members of the family, an emotional attachment that has continued to grow substantially to the point it is today. The presence of her dog might explain why the two photos Stern acquired feature a woman with a happy expression.

Because his particular negatives were damaged, Stern decided to restore the photos and colorize them to give them a breath of new life more than a century after they were taken. 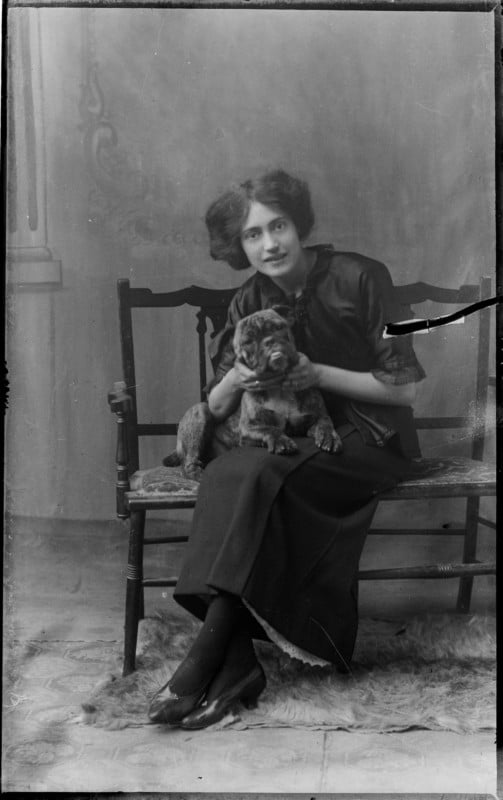 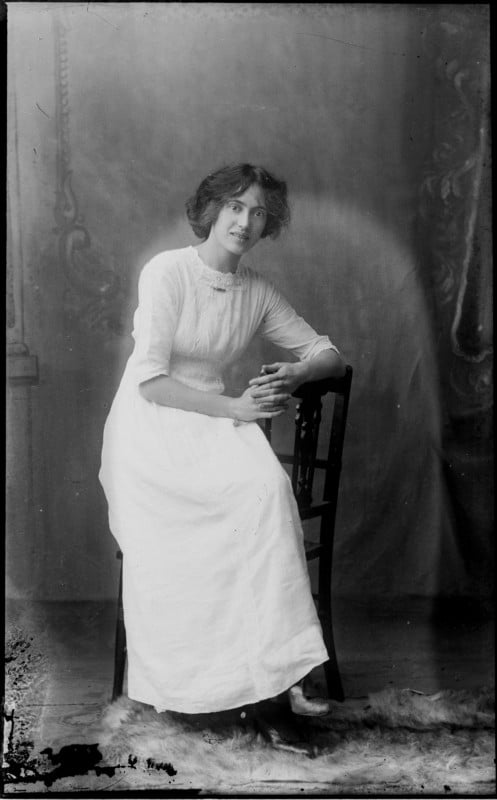 “I started by cleaning the two plates in Photoshop CC using a mix of content-aware filling and healing brush tools,” Mathieu tells PetaPixel.

“The face of the lady was not perfectly in focus on one of the plates, so I used an artificial intelligence neural network to enhance her facial features. Then I used another AI to auto colorize the plates, I also used the Neural filters in Photoshop CC to do the same job, but in both cases, the results were very far from perfect.”

To fine-tune the edit, Stern colorized everything manually using references from similar modern images for both the woman and the dog.

“I used a lot of layers in ‘color’ fusion mode and spent a good amount of time working on the project,” he says.

At the end of the video, Stern shows a quick facial animation using a mix of different AI programs that are available for free online. While he doesn’t specify, the result is similar to the types of images created using “Deep Nostalgia,” a tool that animates historical photos with startling accuracy. 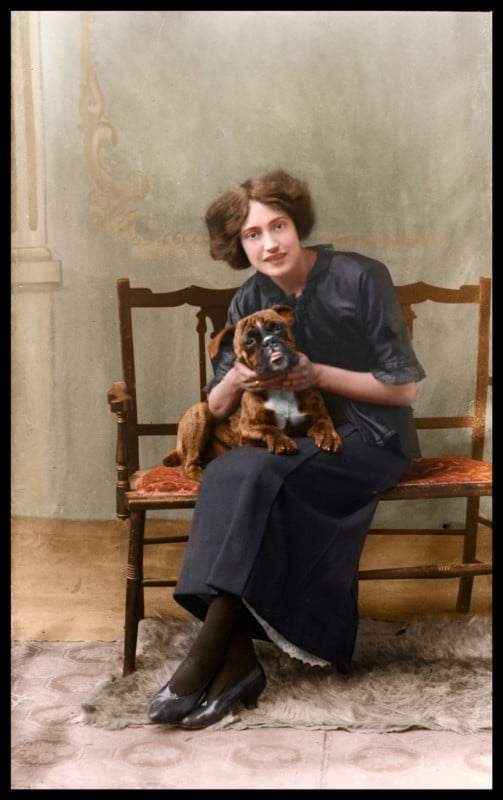 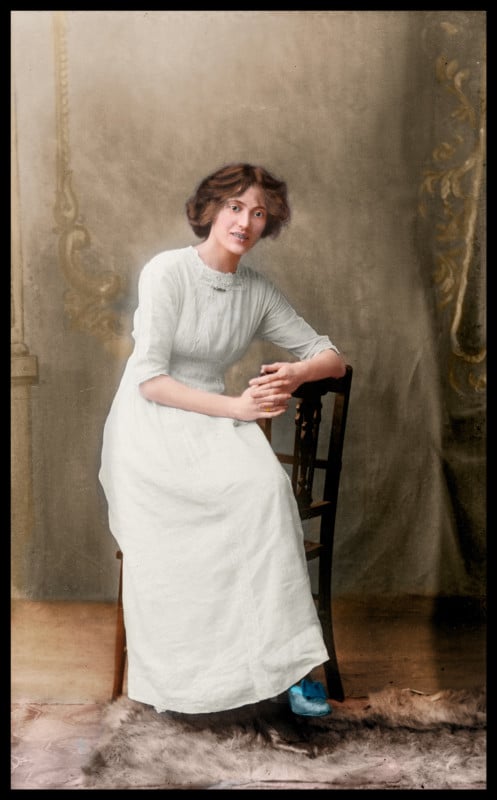 “Thanks to new technologies, after 110 years, we can have a new vision of the past,” Stern says.