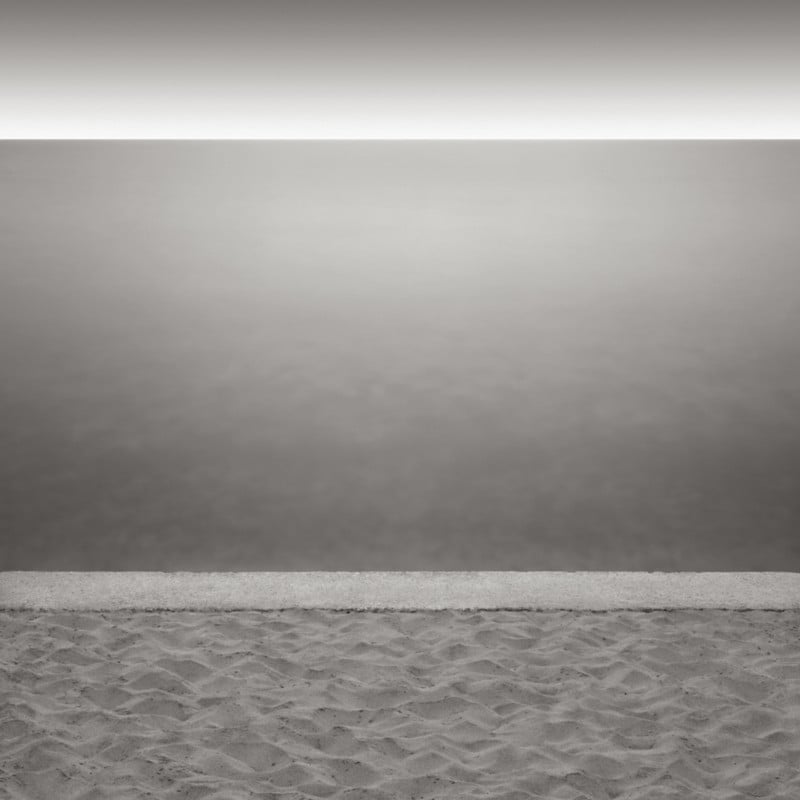 I set out for the beach before dawn. It’s not always easy getting up when it’s still dark outside, but I always return home thinking I should do this more often. I left the house with 60 pounds of equipment including my old wooden camera — an 8×10 Korona View that was made in 1929 — and just 12 sheets of film.

For several exquisite hours, I have the beach to myself. On this day, I bathe in glorious early morning light. Another day, I watch storm clouds pass overhead or sit in the eerie silence of an ethereal early morning fog. Each day is new and wonderful. It’s incomprehensible that I could have such splendor all to myself.

The places I find myself making images are those to which I have a strong, positive emotional reaction. Often, these are places that, through their stillness, expansiveness, stark simplicity, or the juxtaposition of man-made objects with nature, evoke a sense of quiet contemplation.

During the 1980s and early 1990s, I photographed almost exclusively in Martha’s Vineyard, a small island off the southeast coast of Massachusetts, where my parents had a summer home. It was there I developed a passion for photographing the ocean.

When I first set out with my camera, my goal was to create images that evoked the same emotions I felt when making them. I was not trying to show the viewer what these places looked like, but rather what they felt like.

For 15 years, I made many images that failed to capture the essence of my experience. Still, just the process of being out there making exposures was meditative. There was a rhythm to it: set up the tripod, mount the camera, frame the shot, focus the camera, set the shutter, insert the film holder, pull the dark slide, make the exposure, re-insert the dark slide, remove the film holder, take down the camera, fold up the tripod, and then move down the beach and do it all over again.

Then, late one day, I was making one last exposure. The sun had set, and the low light required a long exposure of 45 seconds. There was a small area in the foreground of the image where the water had been flowing around some smooth, orange-sized stones. Due to the length of the exposure, the water looked like a mist. And there, I finally had it — an image (or a small part of one) which looked the way that moment had made me feel. 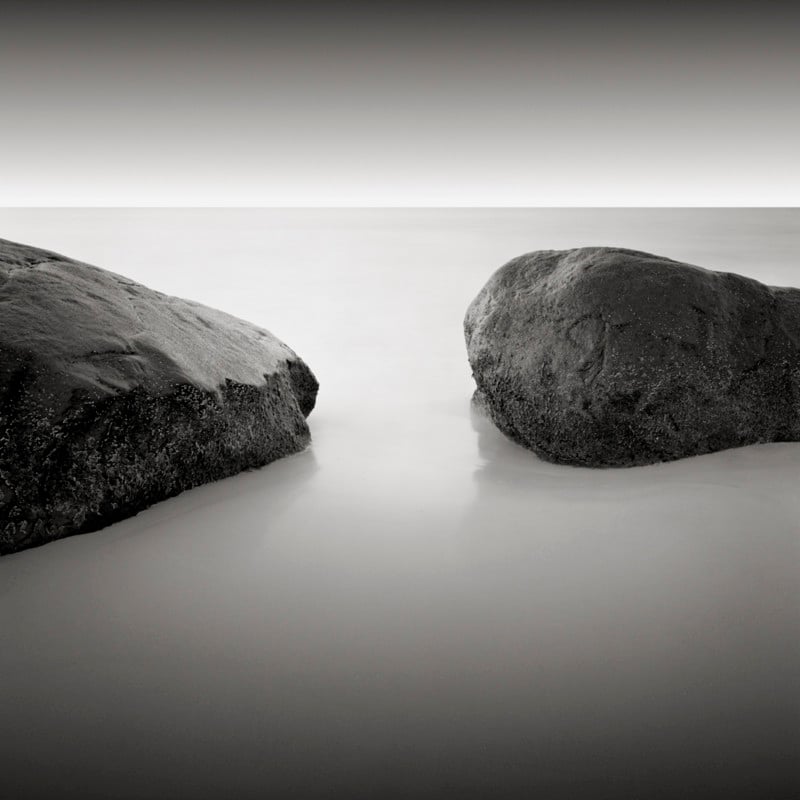 We need to thank the camera engineers for that. They know, for example, that, whenever possible, the camera should capture the picture in 1/60th of a second or less. That’s because most photos will be taken by someone holding the camera in their hands and an exposure any longer than 1/60th of a second will result in a blurry picture. The engineers also know that most people prefer pictures that are not blurry. However, snapshots made with quick shutter speeds can sometimes produce strange and unnatural results.

Imagine yourself walking on a beach at the edge of the water. You’re relaxed, listening to the surf, and enjoying the fresh sea air. You decide to take a picture of the beautiful water and some charismatic rocks. 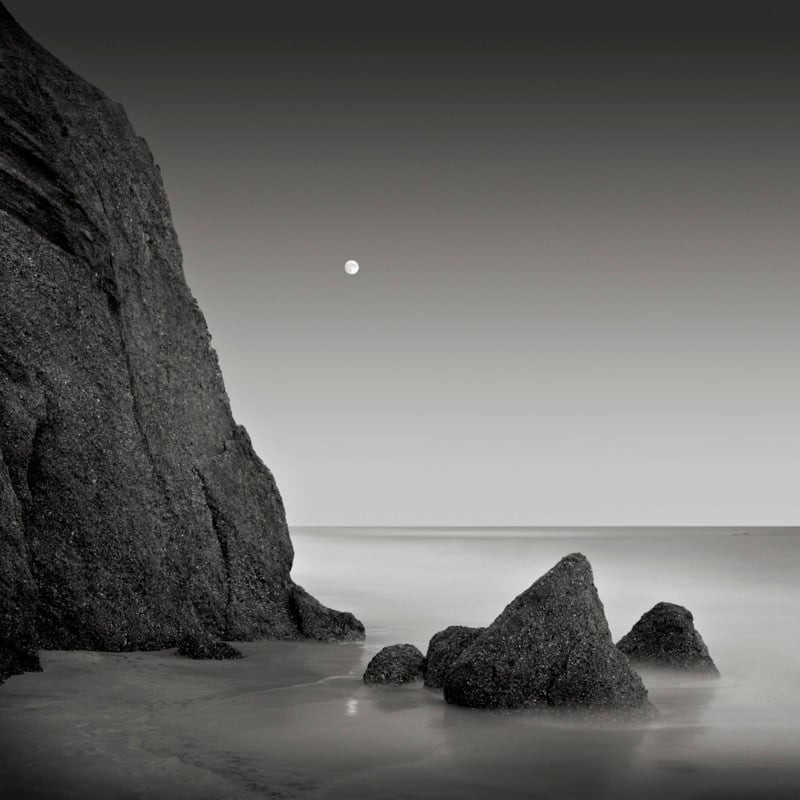 What I learned from that first 45-second-long exposure I made years ago is that the camera records a world different from the one we experience because it does not record emotion — it only sees the world in strange, artificial, frozen slices of time.

Consider our emotions. No one is instantaneously angry or instantaneously bored. Those emotions take time to build in response to what’s going on around us, as experienced over time. Our world exists as a continuum, not a snapshot. Our bodies respond to the world in a cumulative way, averaging our experience as we pass through time.

David Hockney once said, “Duration is life, and the photograph has no duration. It is dead in that sense. All photographs share the same flaw: lack of time.”

By using long exposures, I have been able to encode the element of time in what would otherwise be a static image, revealing what our world “looks” like based on a longer time scale. My photographic process acts as a translator, translating the “invisible” world of non-instantaneous events into the visible world of a photographic print. 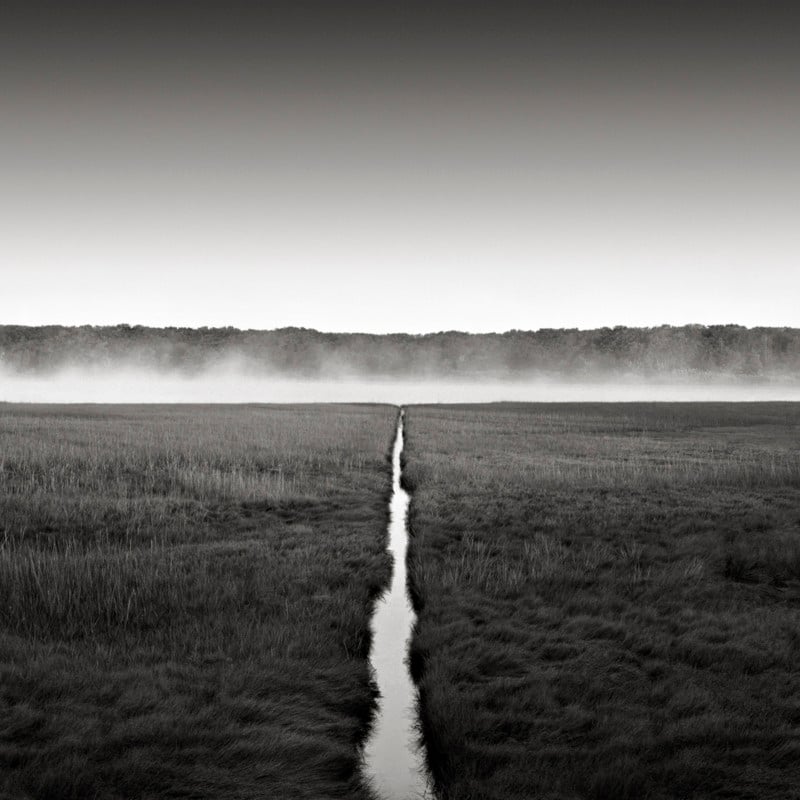 In my long exposures of the ocean, there are no jagged, claw-like waves, or water droplets frozen in air. All the short-term, temporal events (such as waves and seagulls) have been stripped away. Instead, what is revealed is the expansiveness of the water and the constancy of the horizon. It is these calming elements that my body is responding to over time. Of course, neither image — the jagged, claw-like wave frozen midair nor my smooth, wave-free ocean — is an accurate visual representation of the world. Water droplets do not hang suspended in the air, and you will never see a wave-less ocean. Yet, from my experience, the long exposure of the ocean is more emotionally accurate.

And though we’ll never see the ocean look as it does in my images, viewers have no difficulty accepting that these places exist, and that they are looking at photographs of them. This would seem to indicate that our brain is comfortable believing these images represent reality, because it makes emotional sense to us. 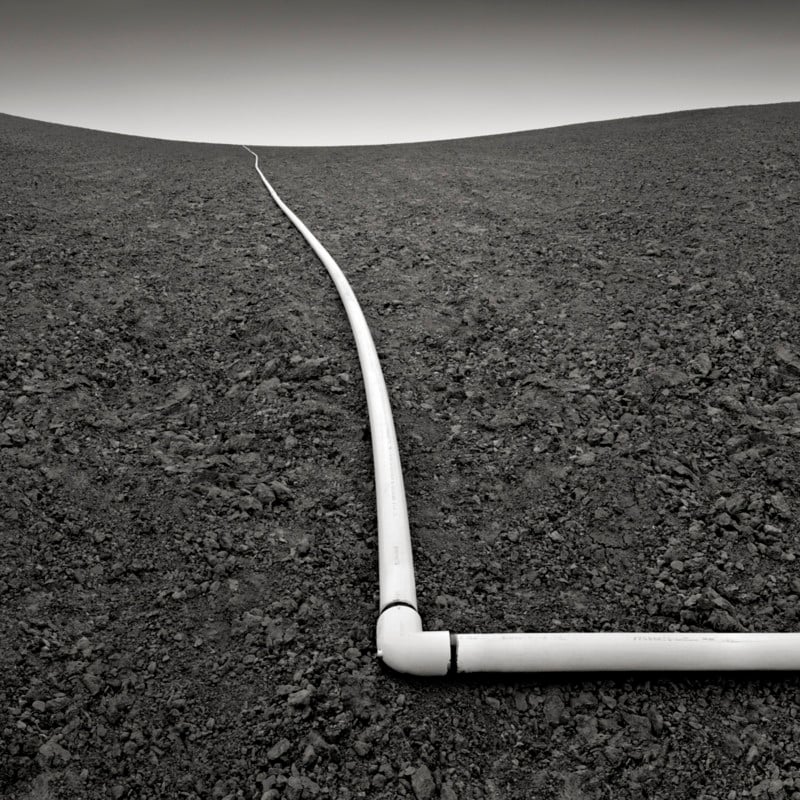 I think of art as the communication of an idea, thought, or emotion through craft. In my case, I am trying to communicate an emotion — the emotion I felt when I was making the exposure — using the craft of photography.

When I give talks about my work, I generally begin by showing 10 images without any introduction or commentary. Then I ask the audience, “What words come to your mind when viewing my images?”

Typical responses include words such as, “calm, peaceful, tranquil, and Zen,” words that represent abstract emotions. Never once has anyone ever mentioned objects that are actually seen in my images — water, sky, poles, rocks, or ocean. Then, I pull a piece of paper from my back pocket, onto which I’ve typed the same words the audience had just suggested.

As I mentioned above, I am not trying to show the viewer what these places look like, but rather what they feel like. Using long exposures to encode the element of time in my images has been the key to achieving that goal.

The article courtesy of ELEMENTS Magazine. The ELEMENTS is the monthly magazine dedicated to elegant landscape photography, insightful editorials and fluid, clean design. Inside you will find an exclusive and in-depth articles and imagery by the best landscape photographers in the world such as Charles Cramer, Christopher Burkett, Hans Strand, Rachael Talibart, Christian Fletcher, Charlie Waite, and Steven Friedman, to name a few. Use the PETAPIXEL10 code for a 10% discount off the annual subscription.

About the author: For 40 years, David Fokos has worked with his 8×10 view camera to explore differing subjective and objective views of the world.

His work has been the subject of over 60 solo shows in the United States, Europe, and Asia, and can be found in many prominent museum, corporate, and private collections. Mr. Fokos lives in San Diego, California and Martha’s Vineyard, Massachusetts.