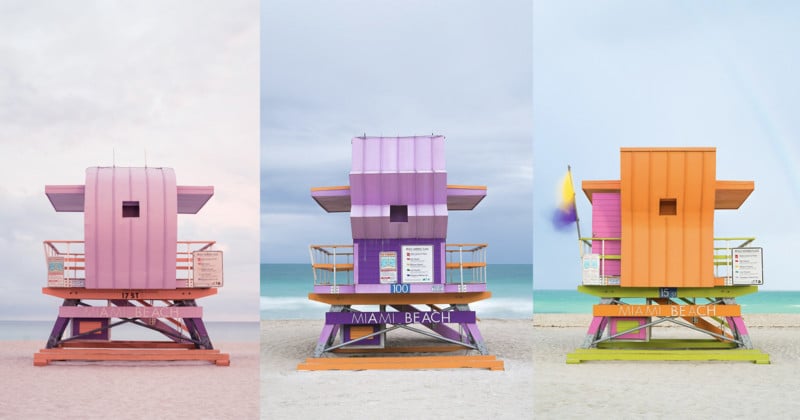 Ever since coming across the pink 17th Street lifeguard tower on Miami Beach a few years ago, photographer Thomas Kwak has captured over 30 of these playful and vibrant beach structures for his “Lifeguard Towers: Miami” photobook.

When Kwak first came across a whimsical, bright pink lifeguard tower on Miami Beach in 2019, he was instantly “hooked” and could see a bigger project evolving from it. The next year, he also went to photograph lifeguard towers on Long Island and Southern California but decided to dedicate collections for each region separately, starting with the original inspriation of Miami Beach.

The lifeguard towers found on Miami Beach are instantly recognizable thanks to their bright neon and pastel colors, which Kwak juxtaposes against the muted and overcast sky in the background. 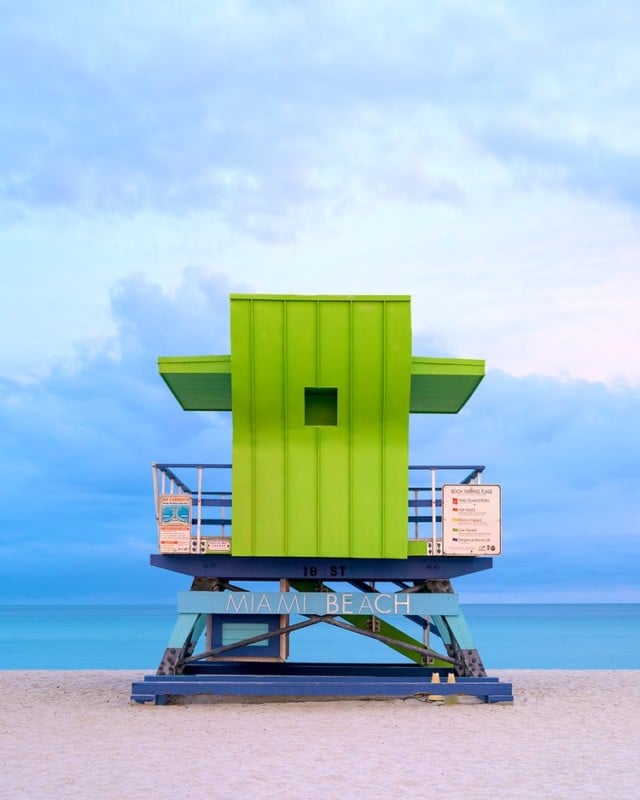 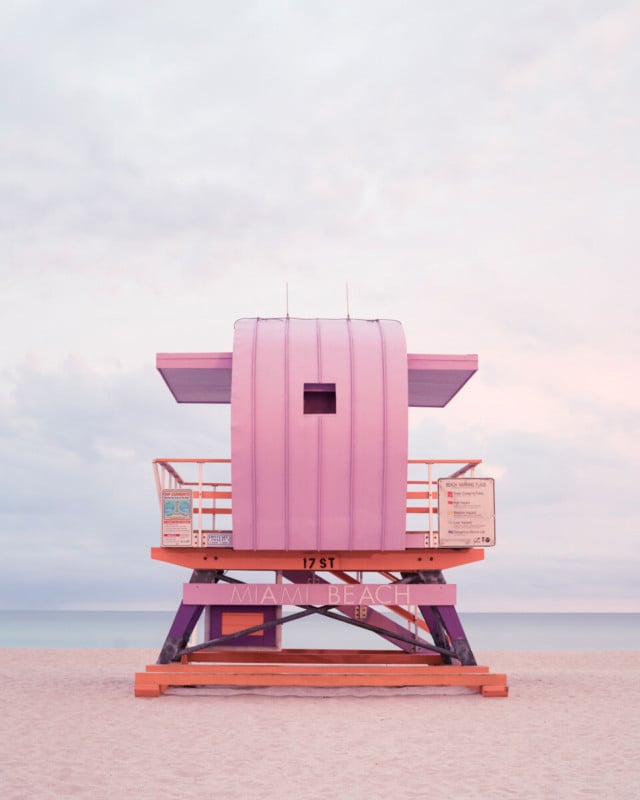 From Early Hours to Golden Sunsets

“I would set out at around 6 AM or earlier to catch the ethereal morning light and to avoid any direct sunlight so as to not have any harsh lighting and shadows that could distract from the images,” Kwak tells PetaPixel.

“My goal was to create a neutral backdrop for the towers to stand out individually as graphic forms, to showcase their electric color palettes and eccentric forms, so the early morning was generally the best time,” he continues. “And also because there were generally fewer people at this time of day.” 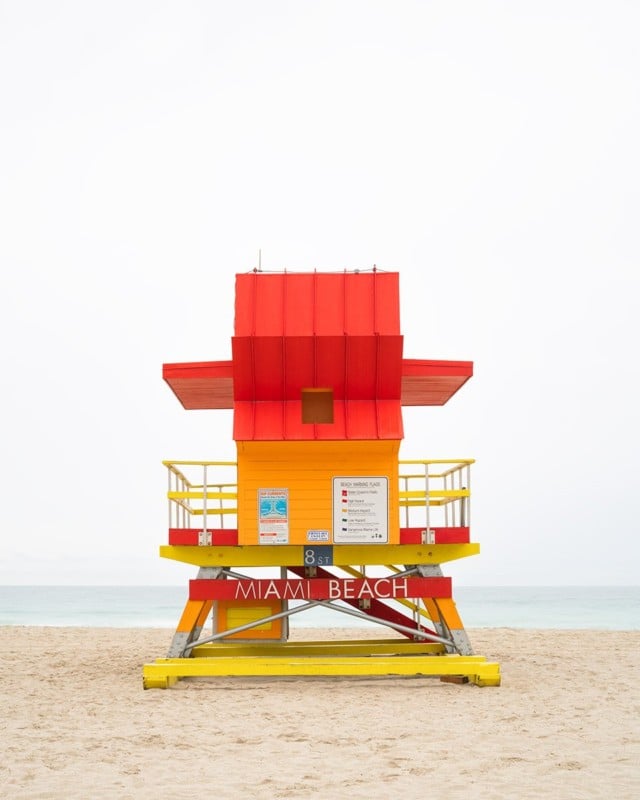 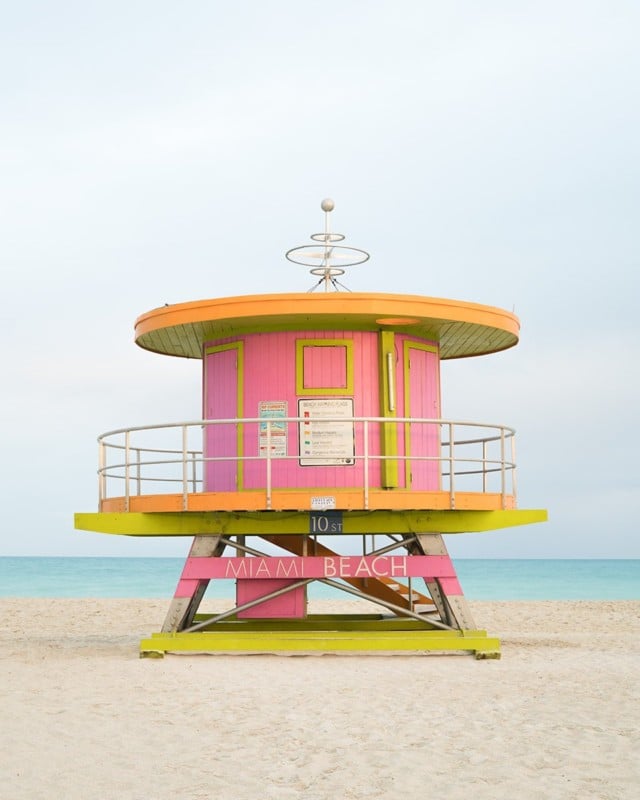 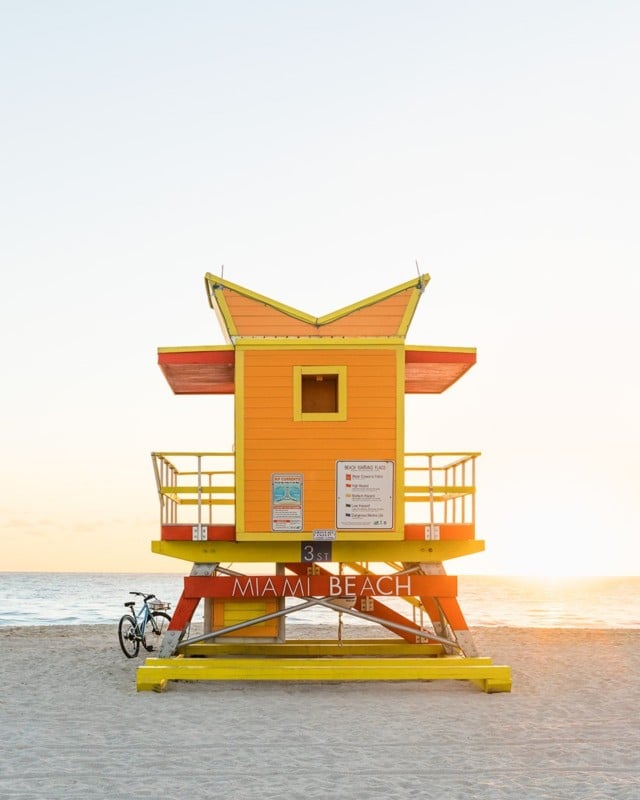 After each early shoot, Kwak headed back to the hotel to edit the photos. After, he would head back out to shoot before the sunset to capture the soft golden light. He aimed to shoot as many towers as he could during early mornings and golden hours, “trekking up and down the eight miles of beach.”

Kwak’s ideal shooting conditions were an overcast and drizzly day, to allow towers to stand out prominently. The light rain also acted as a deterrent for people who may otherwise get in the shot.

But, whether it was sunny or overcast, Kwak used a long exposure whenever possible to create a blend of soft waves and clouds. If at any point the conditions were not right or people hung out near the towers, he made a note to revisit the particular tower later.

“I’m very happy with how it all came out,” Kwak says, giving his thoughts on the final collection. 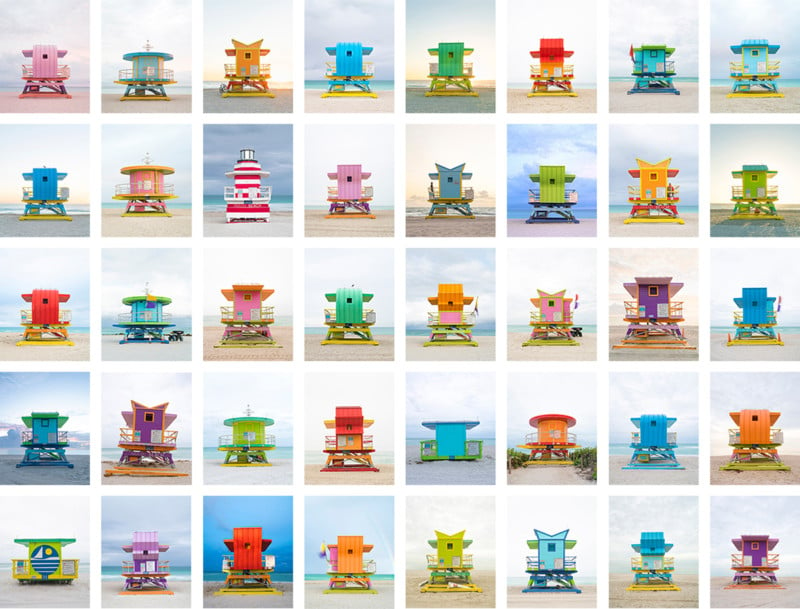 “As a perfectionist, there are some Miami Beach towers that I’m not 100% happy with and would like to revisit, but I think I will let them be as is, and it would be more valuable of my time to focus on the other lifeguard tower projects I would like to shoot in the future.” 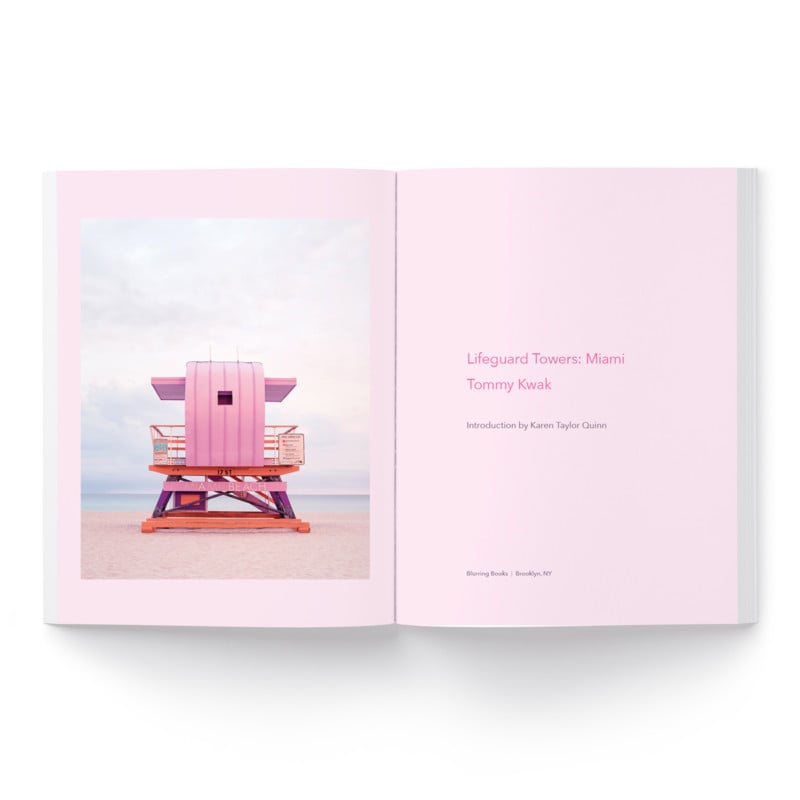 Kwak’s photobook is available on Kickstarter, starting with a $10 pledge without a rewards and $15 or more for rewards with book copies, prints, postcards, and more.

The crowdfunding campaign concludes on May 28, 2022. More of Kwak’s work can be found on his website and Instagram.