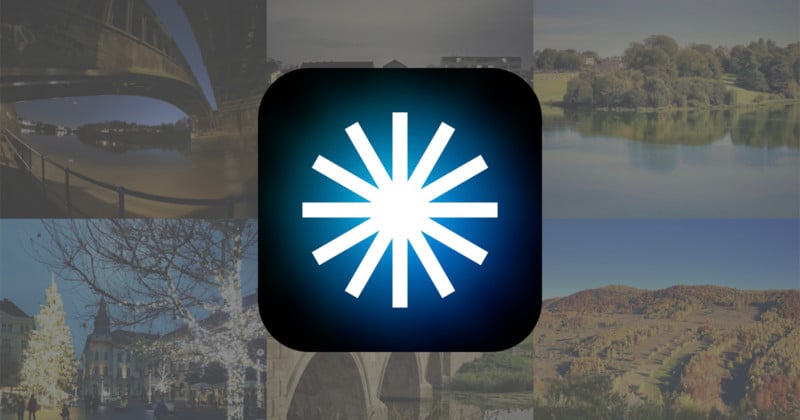 NeuralCam has launched version 5 of its iPhone app that adds a super-resolution 48-megapixel artificial intelligence (AI) upscaling system that it claims reduces noise and enhances detail in photos.

NeuralCam first launched in 2019 with a powerful AI-based low-light mode for iPhone photography. The company says that as time has passed, it discovered that many of its users were using the app for more than low light. With this in mind, the team set out to create a feature that would be useful in all lighting environments. The resulting technology brings 48-megapixel AI super-resolution to the iPhone in a system that is similar to what is found in desktop applications like Topaz and Lightroom but runs locally in only a few seconds.

The enhancement process is part of what NeuralCam calls DayMode, which is not actually a separate setting but more like a generic name for a multitude of settings that the company says result in better daytime photos. 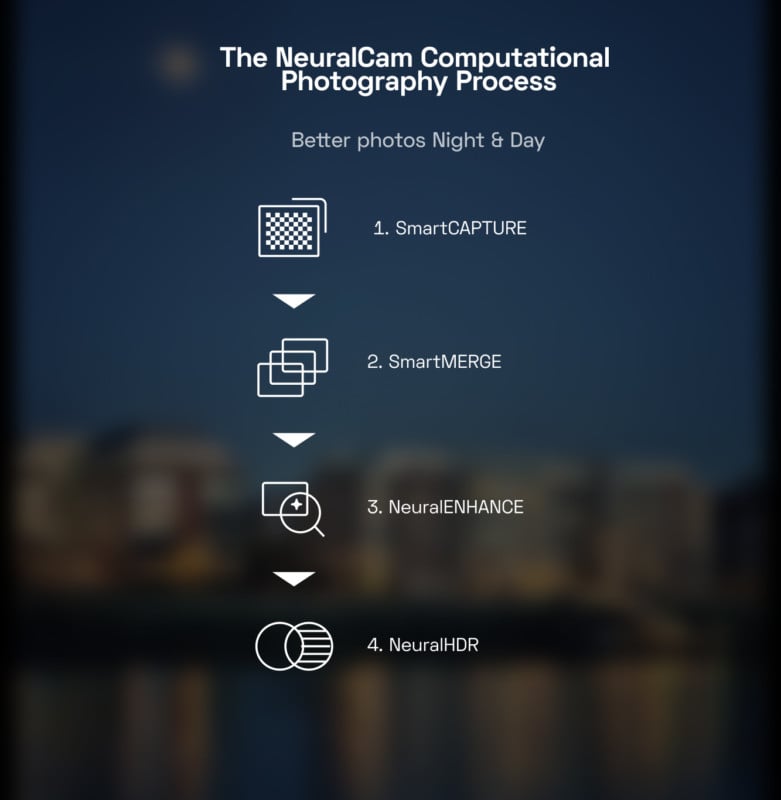 “The easiest way to use DayMode is to leave every setting on auto and NeuralCam will automatically set the right capturing mode, number of frames, and brightening,” Levente Szabo, NeuralCam’s founder, says. “However, if you prefer a certain look or mode, you can use the computational photography selectors in the app to customize it.”

SmartCapture is the company’s term for its attempt to create the best image possible at the point of capture. The rest of the system is built from this starting point. NeuralCam says it has closely researched Apple’s image API and translated the many ways it can capture an image into three different “modes” that NeuralCam users can select: High Detail, Low Noise, and Unprocessed. The three settings do exactly what they sound like, and optimize an image based on the selection.

The next step is SmartMerge, where the app takes multiple of those images and combines them with its own algorithm to reduce noise and further the amount of information in the image, which the company says massively increases the image’s signal-to-noise ratio.

“SmartMerge is much more sophisticated than a simple image averaging algorithm since it has to do advanced image processing in order to keep the image sharp and avoid blur caused by the movement of the camera or object movement in different parts of the image,” Szabo says.

“The result is a cleaner image with less noise and more information. The quality improvement is especially visible in areas with shadows and in high contrast scenes.”

NeuralEnhance is the next step where photos are upscaled using NeuralCam’s AI, which can enhance and enrich the detail of the 12-megapixel photos to either 24 or 48-megapixels. The company says that in addition to enhancing detail, it reduces noise and makes the image look cleaner as well. The result is a photo with more detail, less noise, and better overall sharpness.

“We are particularly proud of this NeuralCam technology. This is state-of-the art AI super-resolution at work, something that until now was only available in specialized desktop editing apps like Lightroom or Topaz Gigapixel AI,” Szabo says. “Now thanks to massive optimizations we made we can bring this technology to the iPhone and it’s available to every NeuralCam 5 user on all iPhones all the way back to the iPhone 6s.”

The last stage is a new brightening mode designed specifically for photos taken in bright light or during the day. NeuralHDR is supposedly especially useful for backlit or high dynamic range situations where the iPhone camera is generally weaker.

In addition to these substantial updates, NeuralCam is also adding a dedicated Macro Mode, manual computational photography controls, and some UI changes designed to make the experience of using the app faster and better for both daytime and nighttime photography.

“While there are multiple Pro / Manual Camera apps in the AppStore, NeuralCam 5 is the only pro-level manually customizable computational photography camera app out there,” Szabo says. “For the first time, photographers can choose between different capturing modes, number of frames, and different AI enhancement options, and even combine them with classic camera controls (that are compatible with the computational photography process) such as white balance and exposure compensation.”

NeuralCam 5 is available for $4 from the Apple App Store, but access to the new AI-upscaler requires a separate in-app purchase.