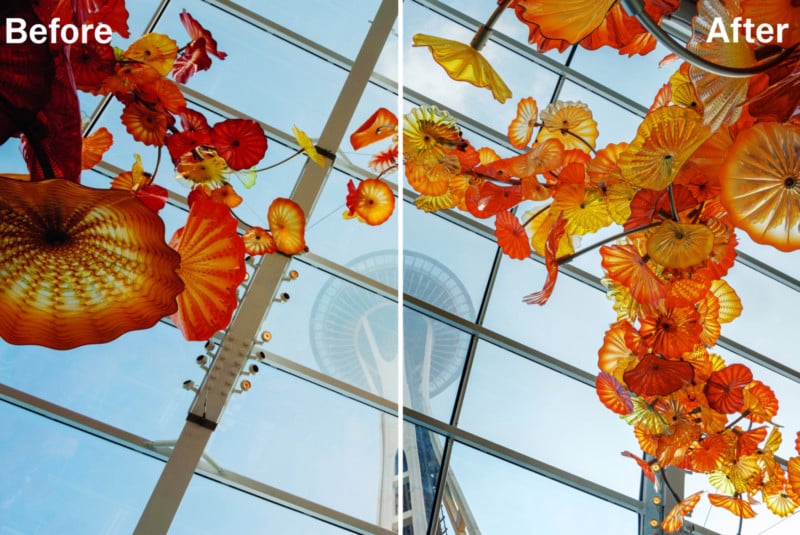 VSCO has added a set of age-old yet still powerful tools to its iPhone app: dodge and burn. The addition allows users to take more granular control over shadows and highlights in their photos.

For those unfamiliar, dodging and burning refers to a two controls used to control shadows and highlights in photos. The technique dates back to developing film in the darkroom and remains one of the more popular and powerful tools for photographers to fine-tune photos. As VSCO puts it, by making dark areas brighter (dodge) and making bright areas darker (burn), photographers can control the light in their images to correct common problems and guide their viewer’s attention in the image.

VSCO has written a detailed blog post where the company describes the history of dodging and burning and how the techniques from its origin are important to using it today, even in a digital medium.

“Too much light and it comes out too dark; not enough and it’s too light. By placing paper cutouts, cones, or even their hands between the negative and the print, and planning out the exposure times of each part, darkroom printers could mask out areas of the image so that some parts of the print were exposed more or less than others to create a pleasing final image,” VSCO writes.

VSCO’s dodge and burn tool works similarly to the film technique and the tools that exist in dedicated editing programs like Adobe Photoshop: the tool provides a brush size to allow users to exercise considerable control over how much of the image is affected by a dodge or burn. It can now be found in the toolbar next to Blur, Text, Adjust, and Exposure tools.

While dodging and burning are not revolutionary techniques, their inclusion in mobile applications is less common than editing tools that affect the whole image. This kind of granular control over a specific portion of the image is somewhat rare, making VSCO’s offering of what sounds like a simple addition, notable.

Dodge and Burn along with a set of 100 film photo effects the company added in October are available to all iOS VSCO members, a subscription that costs $20 per year. The company has provided no details on when the feature is expected to come to Android devices, unfortunately.