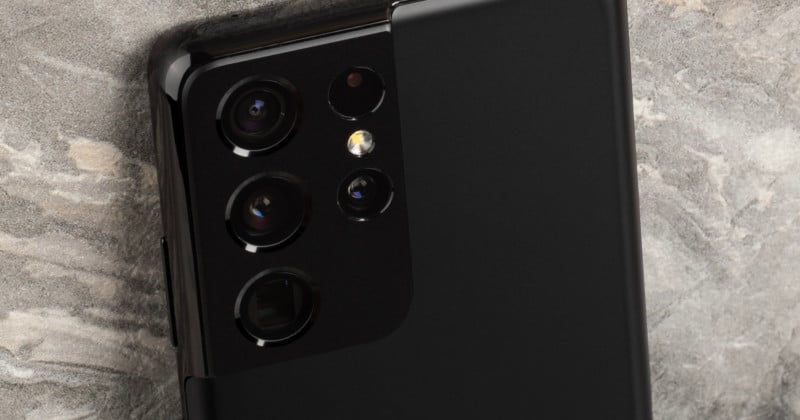 Samsung has announced that it has created the first-ever “human eye-like” smartphone sensor, the ISOCELL GWB. Featuring RGBW color filter support, Samsung claims it can capture images that are the closest ever to what the human eye sees.

During a webinar, Samsung says it developed this breakthrough sensor in tandem with China-based mobile phone manufacturer Tecno, TechTimes reports. The new 64-megapixel sensor uses an improved color filter pattern that includes white pixels — red, green, blue, and white (RGBW) — that it says will allow it to take better photos since it will be able to better capture light and thanks to their inclusion.

The sensor will add a white sub-pixel to the RGB array that will supposedly also make it better in low-light environments for better overall image quality in a wider range of lighting situations. Samsung says this combination of better image quality mixed with the 64-megapixel resolution makes it capable of capturing photos that are the most like how human eyes register sight.

Samsung isn’t the first to experiment with RGBW sensors. For example, Oppo revealed its new RGBW sensor during a presentation this past August. In it, Oppo claimed that it was able to capture 60% more light than previous generation sensors while also able to reduce visible noise in photos by 35%. These claims are in line with the benefits Samsung has outlined for its new ISOCELL GWB.

But RGBW sensors go back even further. In 2012, Sony announced a new line of image sensors that would use “RGBW coding” that would allow them to capture more brilliant colors even in extremely bright or low light settings.

“The built-in ‘RGBW Coding’ function which adds W (White) pixels to the conventional range of RGB (Red-Green-Blue) pixels has realized higher sensitivity, enabling high-quality shooting with low noise even in dark indoor or night settings,” Sony said at the time.

“While the addition of W (White) pixels improves sensitivity, it has the problem of degrading image quality. However, Sony’s own device technology and signal processing realizes superior sensitivity without hurting image quality. Furthermore, while the individual pixels of the newly developed models are extremely minute at 1.12μm, the incorporation of the “RBGW Coding” function has realized a SN ratio (signal-to-noise ratio) equivalent to that of a unit pixel size of 1.4μm under conventional methods, which in turn has enables the image sensors to achieve a higher resolution at a more compact size.”

Samsung must have done something different from its competitors in order to claim the “first-ever” as far as image quality. If the company continues what it has done in the past, it will likely create a detailed explanation of what its ISOCELL GWB will offer and how it will work, as the company has made a series of excellent videos for its other sensor features.