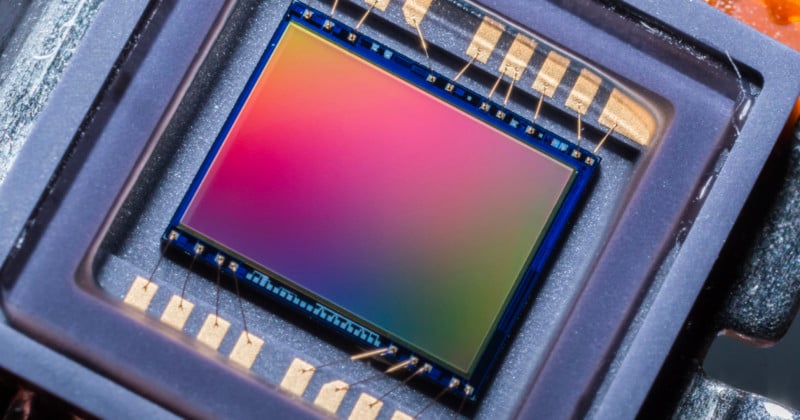 Announced during a Samsung presentation at the SEMI Europe Summit and spotted by Image Sensors World, the company made it known that it plans to be able to scale down pixels — as it has been doing progressively since the year 2000 — to such a degree that a 576-megapixel smartphone sensor would be possible in just four years.

As shown in the slide below, Samsung has been progressively scaling down the size of its pixels and additionally increasing their megapixel counts consistently over the last two decades, most notably since 2010. It was able to scale from 5-megapixels up to 16 megapixels in four years, then from 16-megapixels to 64-megapixels in four more years. In 2020 it created a 108-megapixel sensor and just last week announced a 200-megapixel sensor. While a 576-megapixel sensor sounds extraordinary, the company’s progression to this point seems to indicate that the timeline should be more than feasible if the technology to continue to reduce the size of pixels continues to advance. 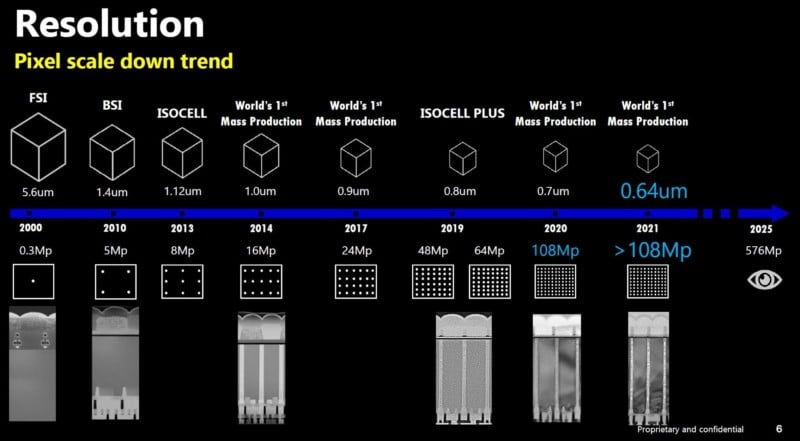 As noted by DPReview, Samsung announced that it planned to push beyond 500-megapixel sensors in April of 2020 which shows that the company has had its goals set on such resolution in smartphones for some time. The company seems to indicate that 600-megapixels is its current target for resolution in an effort to mimic what it believes to be equivalent to — or better than — the human eye.

“The image sensors we ourselves perceive the world through – our eyes – are said to match a resolution of around 500 megapixels (Mp). Compared to most DSLR cameras today that offer 40Mp resolution and flagship smartphones with 12Mp, we as an industry still have a long way to go to be able to match human perception capabilities,” Samsung says. “Through relentless innovation, we are determined to open up endless possibilities in pixel technologies that might even deliver image sensors that can capture more detail than the human eye.”

Samsung notes that it understands that smaller pixels can result in “fuzzy” or “dull” photos, and that part of the task of its engineers is not only to continue to make pixels smaller but balance that with image quality. How the company plans to do this is not revealed, but if the image quality of its new HP1 sensor stands up to scrutiny — which will require Samsung releases image samples, which it has not yet done — there is no reason to believe the company can’t achieve these goals.