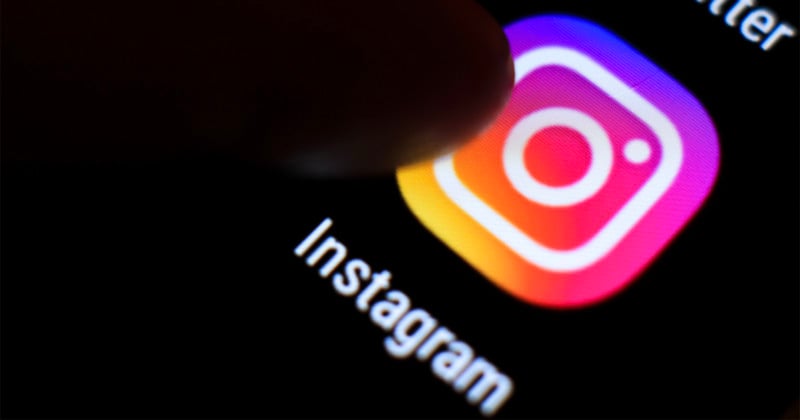 Instagram reportedly quietly rolled out an in-app pop-up over the past year that has been encouraging users to “try a new account,” likely because it makes more money on new accounts than on older ones.

As reported by the Wall Street Journal, Instagram’s pop-up has been appearing for single-account users when they long-press the profile icon in the bottom of their feeds or tap their profile username. Instagram has streamlined the multiple-account process and allows a new one to be created without logging out of the current one, a process likely familiar to photographers or YouTubers who manage multiple personal and business accounts.

But Instagram’s prompt doesn’t seem based on encouraging a business account, but rather as a way to more directly target interests or smaller groups. The notice itself, according to the Journal, specifically encourages the action to “keep up with a smaller group of friends.”

PetaPixel was able to recreate the pop-up, but it showed slightly different language. 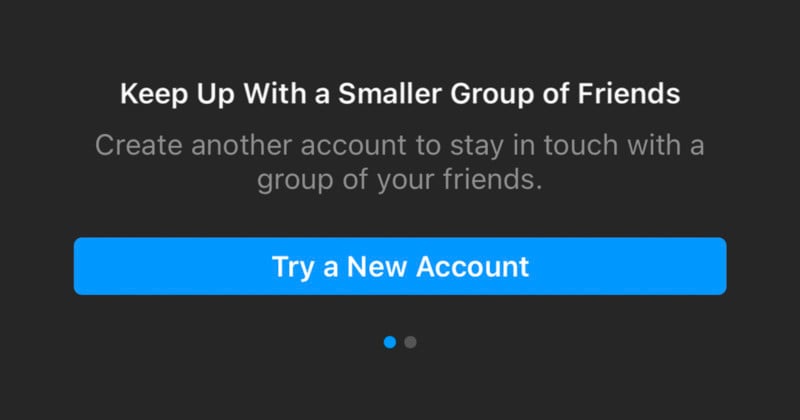 An Instagram representative wouldn’t say how long the feature had been in place or if it was a response to Instagram’s recent connection with the negative mental health of teens. The idea might be in place to make it easier to create a new feed that could be dominated by the content of strangers and would instead allow users to target their attention to very specific users. Since Instagram doesn’t run on a chronological-based feed and because its algorithm tends to push content that gets more engagement, it is very likely that photos and videos posted by family and friends would not surface as easily on older, more bloated accounts.

“We know people come to Instagram to connect with those closest to them and to explore their many interests,” Christine Pai, a spokeswoman for Instagram’s parent, Meta tells the Journal.

“By allowing the creation of multiple accounts, whether it be for professional or personal purposes, we hope to give people more ways to express themselves and have more control over the content they see and share.”

Pai also added that the addition of the tool made the process more “seamless.”

Objectively, this “solution” is a poor facsimile for actual change to Instagram’s core algorithm and functionality, and it might not even be a choice that was made for the reasons Pai states. The Journal asked Dan Ives, an analyst at an investment firm in Los Angeles, for his input, and he says the company might actually make more money from these new accounts than from older ones.

“The app positions itself to get an advertising boost from users who engage more with content in a fresh account with fewer friends and interests than they might have in an older, bloated account,” he says.

Instagram and Facebook as well as their parent company Meta continue to be at the center of the debate over the rules regarding social media. In November, a coalition of states led by a bipartisan group of attorneys general opened an investigation into the effects of Instagram on the mental health of young people, particularly with a focus on the techniques the company uses to maintain and increase engagement.