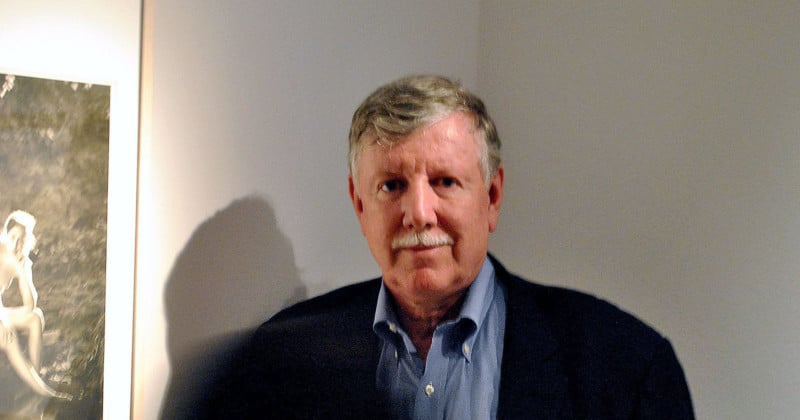 Controversial photographer John “Jock” Sturges has pled guilty to sexual misconduct for actions he took when he was 28-years old with a child under the age of 16.

Sturges is an American photographer who is best known for his nude photos of children and their families that were primarily taken at communes in Northern California and the Atlantic coast.

As reported by the Washington Post, John “Jock” Sturges has been sentenced to three years of probation after pleading guilty in Franklin Superior Court to a charge of an “unnatural and lascivious act on a child under 16.”

The victim, who has not been named, says she met Sturges in 1975 when she was “lonely, homesick and had not made many friends.” She and Sturges bonded over photography and he persuaded her to pose topless and nude for photographs and additionally had sex in his darkroom in the woods, prosecutors say.

Sturges, now 74, told the judge that he agreed with the prosecutor’s account and that he was “comfortable with it,” though he also added that “my memory, at 74, is not as good as I would like it to be.”

The victim appeared on video and recounted her relationship with Sturges and its effect on her.

“For a long time, many decades, I refused to believe that what I thought I wanted when I was 14 turned out to be a protracted form of sexual abuse and exploitation,” she said. “In the aftermath of my time at Northfield Mount Hermon, I fell apart. I had a complete nervous breakdown, suffered from extreme depersonalization and anxiety, to a point where I was not able to function at school or society.”

Sturges was originally charged with statutory rape in 2017, but pleaded to lesser charges.

Sturges’s work has been the subject of controversy for decades. His studio was raided in 1990 by the FBI and his equipment was seized as the result of a California investigation on him for child pornography, but a grand jury did not indict him. In 1998, two of his books were unsuccessfully attempted to be classified as child pornography in Arkansas and Louisiana, and customers in Alabama and Tennessee sued Barnes & Noble for stocking the books which resulted in protests around the country.