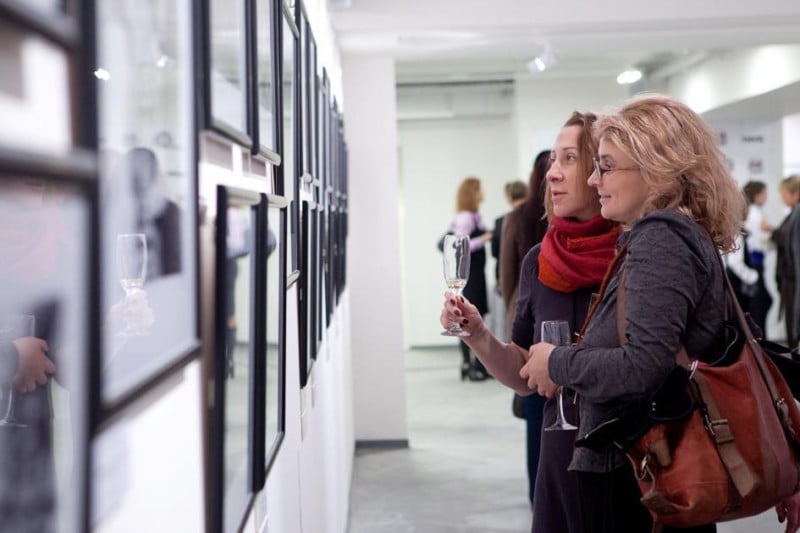 A highly controversial photo exhibit at a small art gallery in Moscow shut down this week after protests against it got out of hand. Not only were the images referred to as “child abuse” by a senator, one protester brought in a bottle of urine to throw on the prints.

The exhibit of nude photographs by American photographer Jock Sturges (NSFW link) is controversial, there’s no way around that. Sturges work, primarily “portraits of nude adolescents and their families,” involves following families across many years and capturing fine art nude photographs from childhood through adolescence and into adulthood. In the US, attempts have been made to ban Sturges’ books, and the FBI even raided his studio in the 1990s, although a grand jury ultimately decided not to indict him in that case.

That explains why Sturges’ work was only being exhibited at a small, private art gallery in Moscow, the Lumiere Brothers Photography center; however, it wasn’t enough to keep the protesters and outrage at bay.

According to The Guardian, conservative senator Yelena Mizulina said the nude images of school age children in the exhibit qualified as “child abuse,” and called the work “propaganda of paedophilia in the most accurate sense of the word.”

These accusations were followed by a more … extreme approach from an activist group called “Officers of Russia.” The group blocked access to the exhibition hall and “stormed” the exhibit, one of them reportedly carrying a plastic bottle filled with urine which he was throwing on the prints. That ‘activist’ was detained by police.

Whatever your opinion of their methods, the protesters eventually got what they asked for. The exhibit has been shut down, a move that has itself led to outrage from Russians upset about the closure. Defenders of the Sturges’ exhibit have been protesting the exhibit’s forced closure by posting photos of famous Russian artwork featuring nudity alonside the hashtag #withoutshame.

This ‘Neural Photo Editor’ is Like a Fully Automatic Photoshop