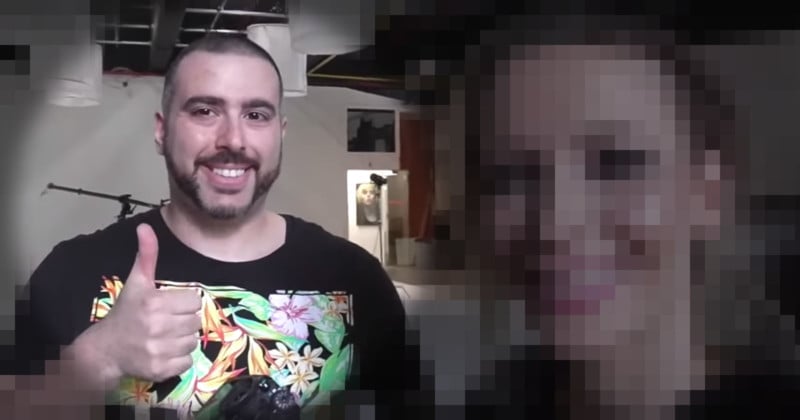 Montreal-based fashion photographer Anthony Turano has deleted his large online presence after a number of models publicly accused him of sexual assault and harassment.

Le Journal de Montréal reports that at least five women have gone on record with the paper with stories about Turano’s behavior, and at least one of them has filed a complaint with law enforcement.

“In text and Facebook messages that we were able to consult, models were implicitly but insistently offered sex in exchange for photos,” Le Journal writes. “After agreeing on a photo shoot date, the photographer refused to actually work with these models if they refused her advances, say the women interviewed. The modus operandi of M. Turano was often the same, almost exactly.”

Model Marianne Trudel, who filed the police complaint last month, tells the paper she contacted Turano for portfolio photos. A few days before the session, Trudel allegedly received messages from Turano saying that there was a problem — he was attracted to her. Trudel says she decided not to work with Turano after concluding that he wasn’t willing to do the photo shoot without a “physical connection.”

Other models claim that they were informed last minute that the paid trip they agreed to take with Turano for a shoot would involve a shared room with only a single bed.

Model Rose Dubuc claims she found out she would have to share a bed with Turano for six nights during a shoot in Los Angeles in late 2016 after Turano paid for her travels, and that Turano blamed the client for booking the arrangement. She says Turano sexually assaulted her several times over the course of that week.

“Every night, he put pressure on me, we had sex and we went to bed,” Dubuc tells Le Journal. “He never sought consent. I told him several times that it did not tempt me, that I did not want to […] I was in a country I did not know and I did not want to call my mother to send me money.”

After the Le Journal article was published yesterday, Dubuc posted a video titled “It’s finally over … #MeToo #ModelLife” (you can enable English translation captions in the video):

Turano has apparently been accused through at least 3 reports on Rippoff Report since 2006.

Turano has vehemently denied much of the models’ accounts to Le Journal, and he claims the allegations are being made by competitors and rejected models who have tried to defame him for years. He says the screenshots are fabricated, and that the accusations have driven him to the verge of suicide in recent days.

In recent years, Turano has reportedly worked with publications such as GQ, Sports Illustrated, and Vogue. Here’s Turano in a recent photo shoot behind-the-scenes video:

On October 21st, after models went public on social media with their accusations, Turano abruptly retired from photography and deleted his social media accounts.

“Anthony Turano was a photographer from 2002 to 2017 with a unique style and flair for creating stunning fashion editorials for world leading magazines and ad campaigns for his prestigious clients,” his website now reads. “Due to health issues Anthony Turano was forced to retire from this business in late 2017. Anthony Turano chose to concentrate on his family, health and wellbeing.” 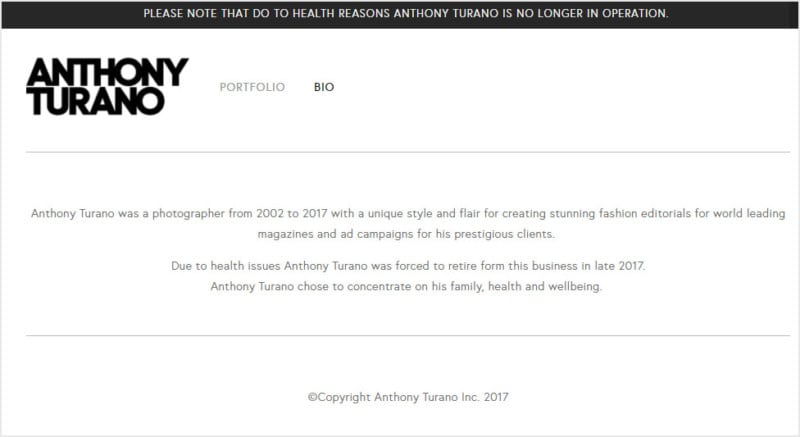 Turano has not yet responded to our request for comment.

Image credits: Header illustration based on still frame from video by Natalia Neverova

This GoPro Got Covered by Lava, Burst Into Flames… and Survived