We often get rare and unique equipment through our doors at KEH Camera; the kind of gear that many photographers often dream of seeing. One prime example of those unique pieces is this 1000mm f/6.3 Reflex lens from Nikon, circa 1959. The latest in our Legacy Lens video series sees this F-mount catadioptric telephoto adapted onto the front of a Sony Alpha 7S III to see how it performs in 4K. 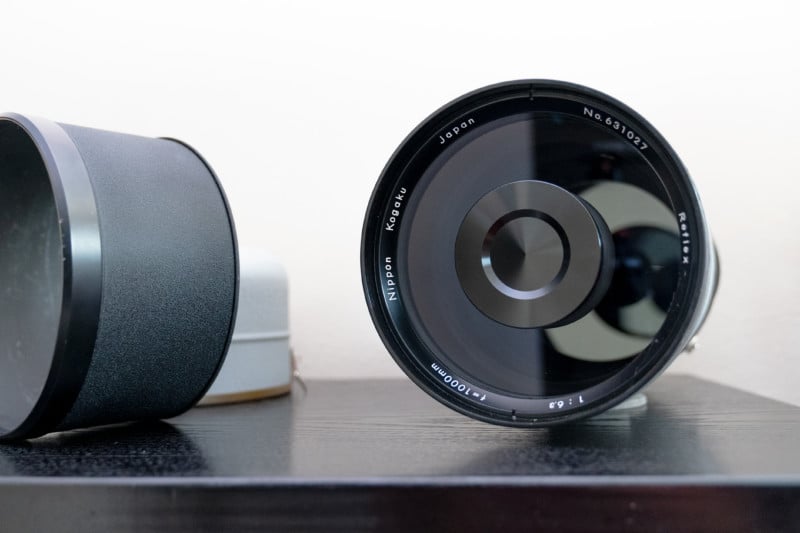 This video series highlights the optics and design of vintage manual lenses on modern-day mirrorless sensors, an affordable and fun way to add some unique characteristics to your photos and videos. Often popular with budding cinematographers, this method usually produces a video look that’s more organic than you’d get from razor-sharp modern lenses, with the combined benefit of smooth manual focus and physical aperture ring operation. 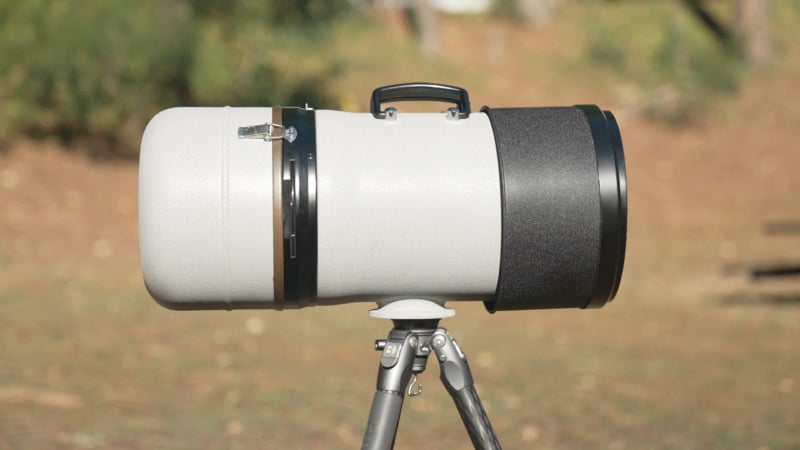 With a somewhat mysterious past, information on this 1000mm lens proved difficult to find. Even directly contacting Nikon was less fruitful than expected. Analysis of the available serial number records shows that this particular sample was created around the middle of perhaps only 60 units ever produced for the F-mount. Take into account that the lens was produced over 60 years ago and the piece starts to feel a bit less like a lens and a bit more like something that belongs in a museum.

The compression and reach shown in the test footage is stunning, but the engineering of the lens itself is deeply inspired. Considering that this lens was the first mirrored telephoto produced by Nikon, the addition of two rotating dials that feature eight different lens filters is a great example of the technical prowess that sticks with the brand even now.

A series of ND filters to simulate different f-stops is a brilliant addition to this type of fixed-aperture catadioptric lens, and the inclusion of yellow, orange and red contrast filters gives the shooter more control over their image when shooting in black and white. 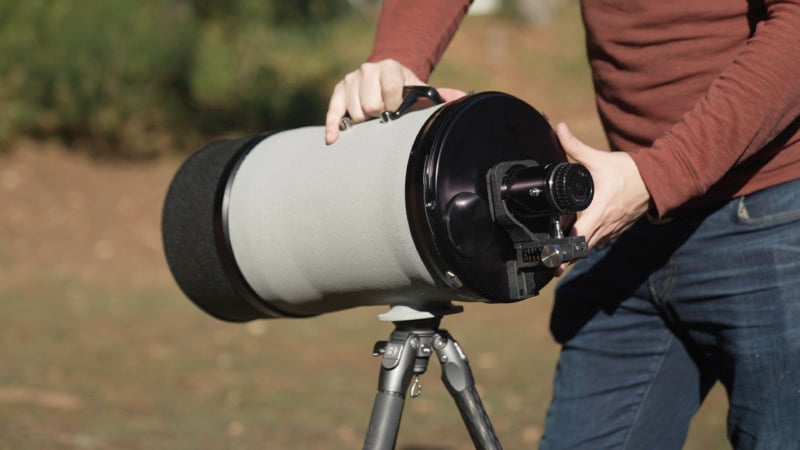 Focus is achieved through a smooth, rail-based bellows mechanism on the rear of the lens. To protect this moving element from damage, a helmet-sized metal bowl latches onto the lens for transport or storage. An enormous reversible lens hood also protects the front elements from bumps, although flare and contrast loss can prove to be an issue when shooting toward the sun. Anti-reflective lens coatings have come a long way in the last 60 years.

About the author: Matt Eldridge, originally from mythical Kalamazoo, Michigan, is a videographer and content creator for KEH Camera. Prior to KEH, Matt spent the better part of a decade in Los Angeles working in tv, film & video production for NBCUniversal, Netflix, ESPN & more. He also loves photography, animals, Fusion cuisine, and has definitely seen at least one band you love in concert. KEH’s article can be found here.