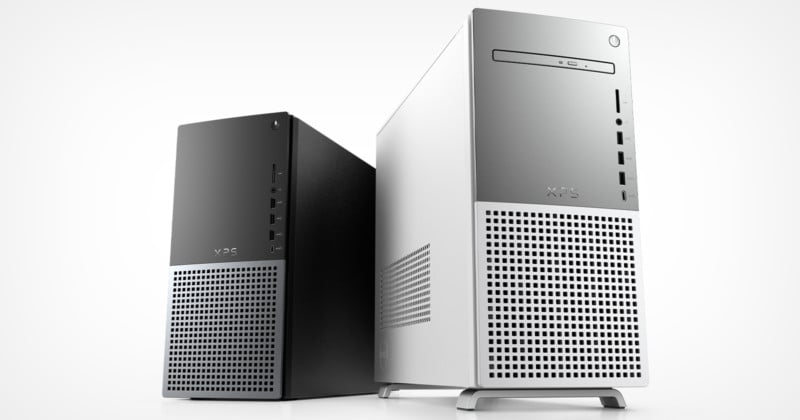 Dell has launched what it is calling the most powerful XPS Desktop computer it has ever made. It is packed with 12-gen Intel processors, NVIDIA GeForce RTX 30-series or AMD GPUs, and is the first XPS to be liquid-cooled.

Dell says that the new XPS Desktop is a heavy hitter that is cloaked in an understated design and made for creators and gamers alike. It features the new 12th-generation Intel processors (up to i9) along with what Dell describes as the most impressive graphics options available with either NVIDIA GeForce RTX 30-series (up to the 3090) or the AMD Radeon RRX (up to the 6900 XT) GPUs. It also has next-generation DDR5 memory that supports up to 50% faster clock speed than DDR4 as well as is PCIe Gen5 graphics ready.

Below is a photo that shows the size difference between the previous XPS and this latest version:

For those unfamiliar with DDR5 and what makes it better than DDR4, Linus Tech Tips very recently published a video that explains, in detail, what to expect: 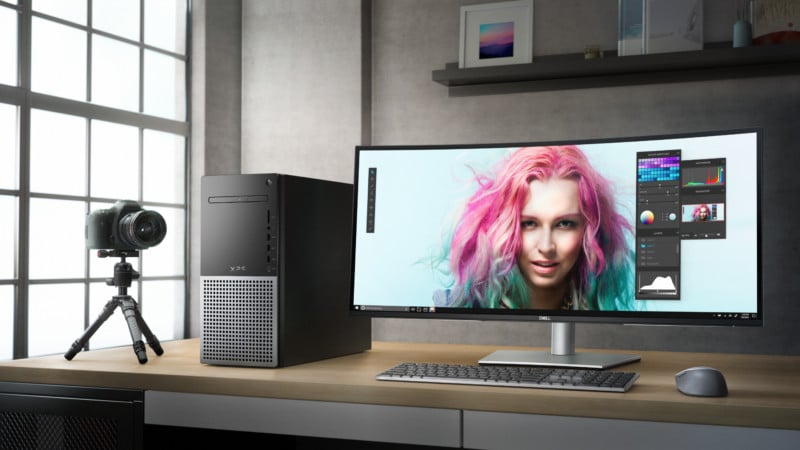 To maximize performance, Dell says its engineers architectured the device to soften acoustics through improved airflow. The front bezel of the chassis is designed to intake cool air and move it to the back, and the company says that the XPS Desktop is 21% cooler under load or up to 18% cooler under load with liquid cooling when compared to a 125W cooling solution or 125W thermal solution respectively. 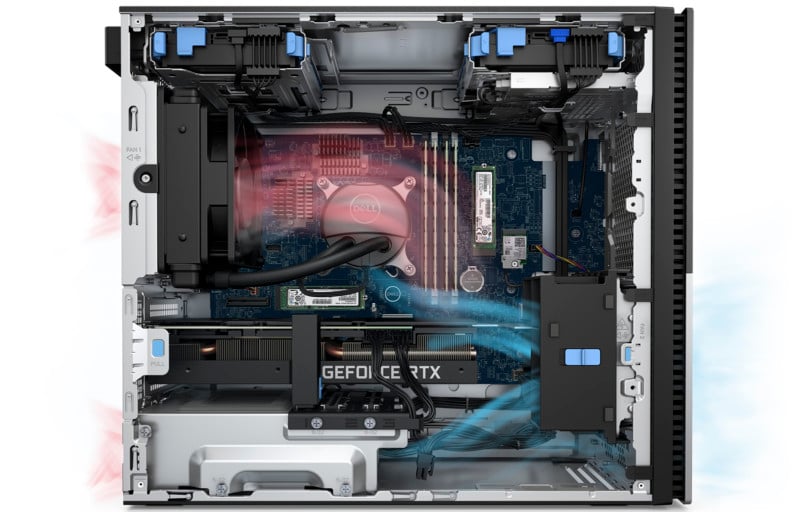 On that liquid cooling note, Dell says that it is the first time that such a cooling system has been integrated into an XPS Desktop as an option. Additionally, the new desktop should be at least 50% quieter under load than previous generations thanks to new high RPM fans (up to 5,000 RPM) that operate more efficiently at slower speeds.

The new XPS Desktop case comes in two colors, either “Night Sky” black or “Platinum Silver”, and Dell says its team chose the finish based on testing various textures and colors with the goal of making it look less like a PC and more like a “natural and authentic object” that “fits harmoniously” into a space. This means there are fewer access ports that would be distracting, apparently. 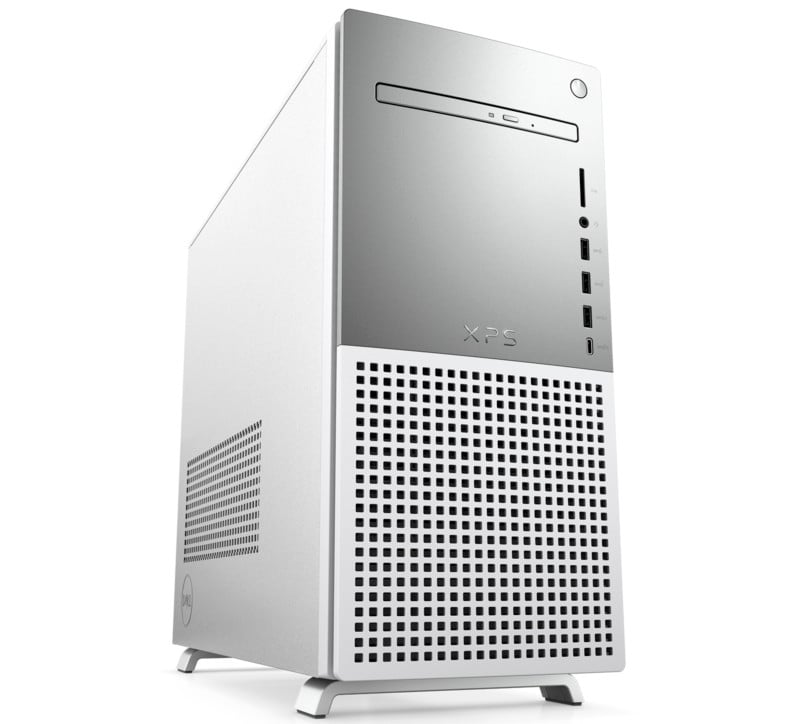 Objectively, though, it still looks like a computer, just not an onstentatious one. On the note of ports, the Dell XPS Desktop features a built-in SD card reader, headphone jack, three USB-A 3.2 ports, and one USB-C Gen 2×2 port on the front of the device, and gigabit ethernet and 7.1 channel audio 6-connector on the back, at a minimum. Final port selection differs depending on graphics card choice. Below is a shot of the back of the computer which shows additional USB ports as well: 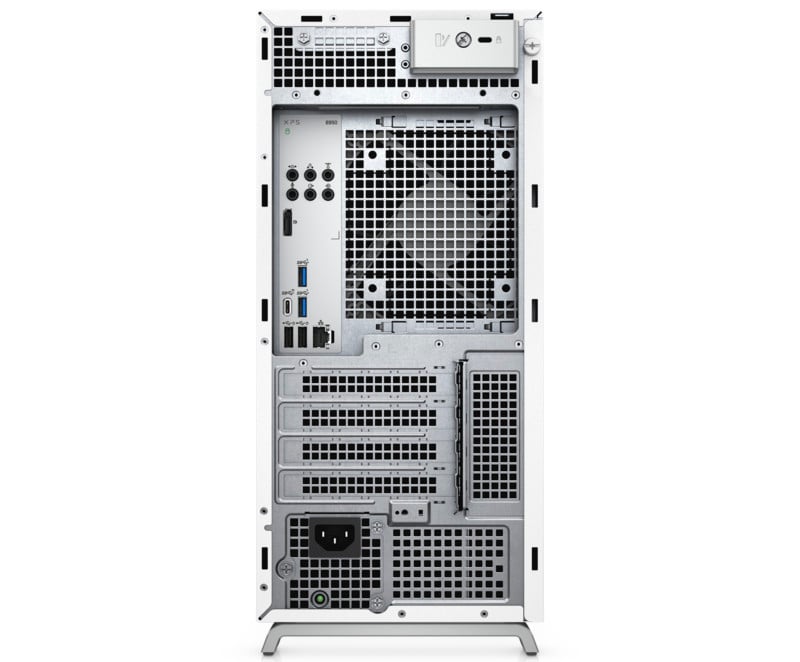 Dell will offer the XPS Desktop in multiple configurations, including a “Creator Edition” designed for photographers that simplify the choices and are pre-selected with what Dell says is optimal for a specific workload. The Dell XPS Desktop will begin shipping later this fall with Windows 11 (either Home or Pro edition) and will start at $920, though that price is sure to go up based on what hardware options photographers will want to include.