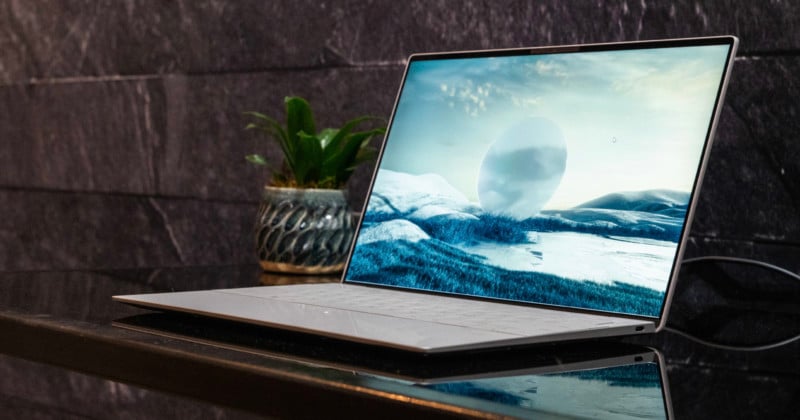 Dell has announced the XPS 13 Plus laptop that features the company’s iconic sleek design along with Intel’s latest 12th-generation Core 28W processor, larger fans that provide 55% better airflow without increasing noise, and an OLED display.

Dell’s XPS series has been known for its sleek and thin design and that doesn’t change with the XPS 13 Pro. Dell says that it has stripped away the unnecessary and streamlined features to deliver what it calls a complete, seamless experience. The XPS Plus features an edge-to-edge dispay, better battery technology, fast charging, and a more powerful CPU all while keeping the computer light and thin.

Dell says the XPS 13 Plus is made to look minimalist and modern and the design now features a function row, touch pad, and palm rest in such a way that completely removes the physical lines or bezels that normally separates these areas. Dell says the goal was to deliver a clean look with no wasted space. Looking at the laptop, it’s actually not apparent where the touchpad is since it is cleanly integrated into the frame, but still features a haptic response to touch. 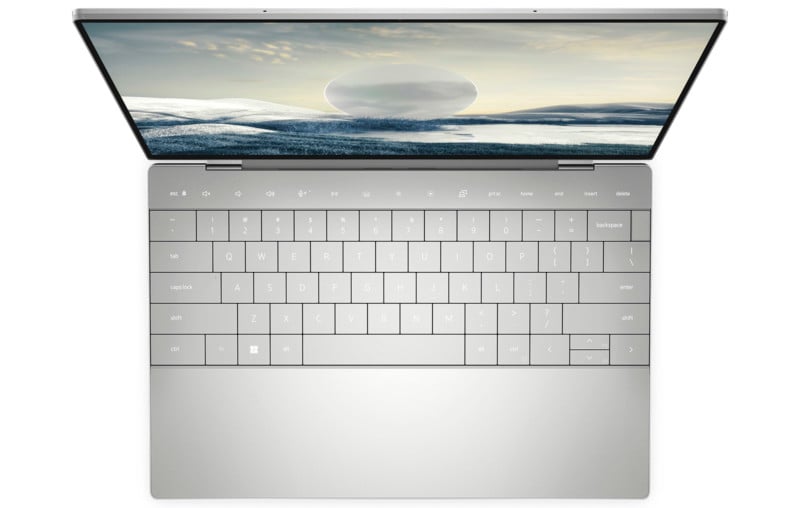 Dell says that the XPS 13 Plus has larger keycaps (also known as zero-lattice) that it claims makes it more comfortable, smooth, and efficient to use. The top row where the function keys normally reside looks like Dell’s take on the now-defunct Apple Touchbar. It features a capacitive touch system that can switch between media and function keys.

Dell has created what it bills as a “virtually borderless” display where it reduced the number of layers from the display area to improve clarity and reduce weight. There are two versions of the display that both support touch: LCD and OLED. The LCD version features up to a 13.4-inch 4K UHD+ (3,840 by 2,400 pixels) that supports DisplayHDR 400 and can reach 500 nits of peak brightness. Dell says the color accuracy supports up to 90% of the DCI-P3 color space, features a 1,650:1 contrast ratio, and has an anti-reflective and anti-smudge coating. 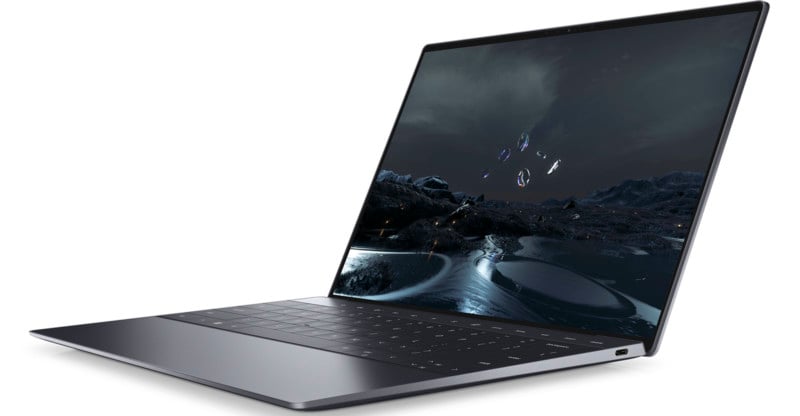 The OLED model features the same 13.4-inch size but brings the resolution down to 3.5K (3,456 by 2,160). It can reach 400-nits of peak brightness but supports 100% of the DCI-P3 color gamut, which means the OLED version will very likely be the best choice for photographers. It also features the same anti-reflective and anti-smudge coating, but is toughened up by the use of Gorilla Glass.

Dell also says that it improved the speaker system and the XPS 13 Plus uses a quad-speaker design featuring two up-firing speakers under the keyboard and two down-firing speakers in the base. 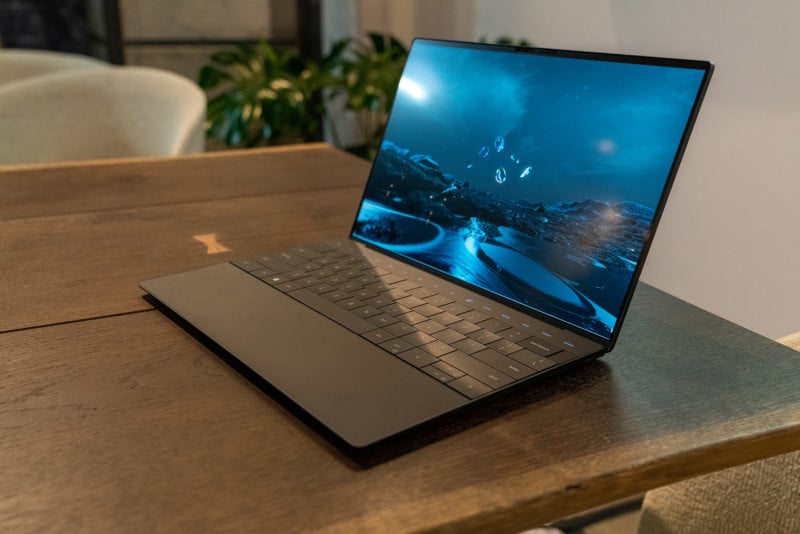 All versions of the laptop will come with two Thunderbolt 4 ports with support for DisplayPort and power delivery as well as one USB-C to USB-A v3.0 adapter. Weirdly and in what will likely be a deal-breaker for many, it doesn’t feature a headphone jack. 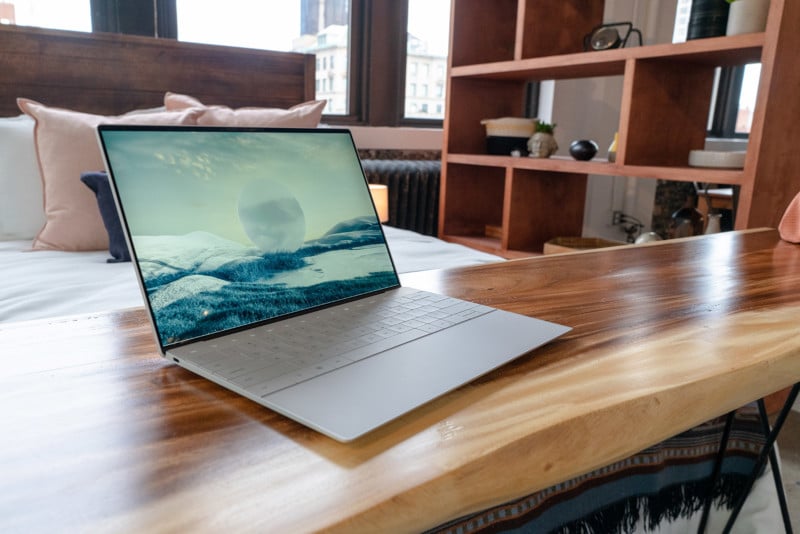 The Dell XPS 13 Plus will ship in two colors (white and black) in the spring of 2022 and will include Windows 11. Pricing was not revealed and is expected to be shared closer to the computer’s availability.