I began thinking that a darkroom photo enlarger would be based on about the same principle. In an enlarger, we also have the light pass through some condenser lens (depending on the design) and it will pass through the negative, go through the lens, and be projected big on the photo paper.

I thought I would maybe try to convert my Afghan Box Camera into a photo enlarger. In this case, it was to be a horizontal enlarger with which I would project the image horizontally onto the wall surface.

I decided to use my photo paper holder inside the Afghan Box Camera for this conversion. I taped up a 6x7cm window using some black PVC tape. If this were to be a more permanent setup, I would make a proper negative carrier. For now, this will do and I used some small pieces of masking tape to secure the 6×7 negative flat against the glass.

To focus, I would move the focusing rods per the usual way when using the Afghan Box Camera, which moves the negative towards or away from the lens. 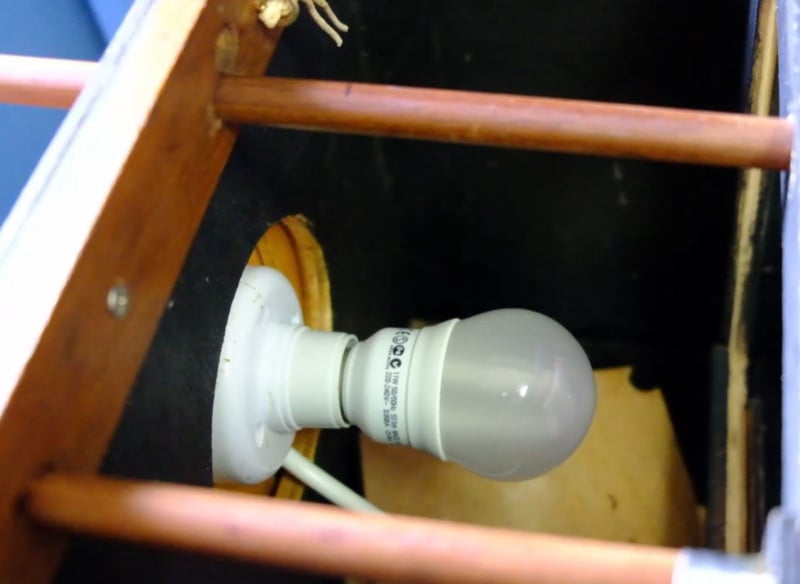 Unlike a light source for a slide projector, the enlargement is smaller so the light source for this enlarger can be relatively less powerful. So I use a simple 11W warm color LED bulb. As I do not have a timer, I simply use the on/off switch for the bulb during printing to control the exposure time.

I do not have a dedicated enlarger lens so I used my trusty Fujinon 210mm lens as the enlarging lens. For a safe filter, I dug out an old Cokin red filter and a Cokin filter holder. I would just slip the filter and holder over the lens if I need to block the light from reaching the photo paper.

I use Arista Edu 5×7-inch Resin Coated paper. As it is a variable contrast paper, I could use the Ilford Multigrade Contrast filters to control the contrast of the print. Again, this is done simply by taping the filter on the rear element of the lens during printing. 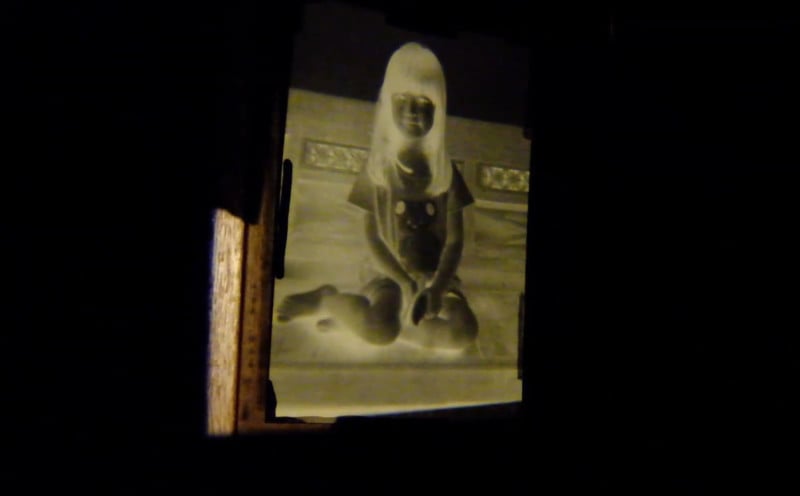 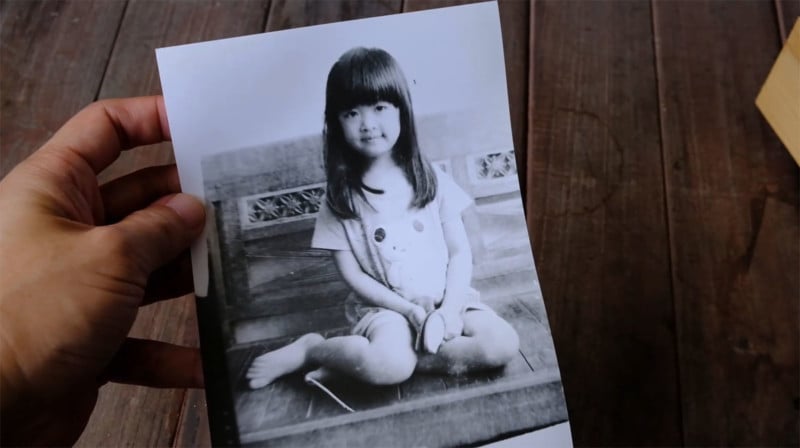 The results show that the box camera can be easily turned into a photo enlarger by making a few changes to it.

Nevertheless, a few improvements could be made.

1. A better way of holding the paper on the wall instead of just using masking tape.
2. Some method to confirm the squareness of the enlarger to the photo paper.
3. A better way to hold the safe filter and contrast filters.

Horizontal enlargers have been around for a long while and box camera users can consider turning their box camera into a photo enlarger if they need a quick print from a negative.

About the author: Cheng Qwee Low is a (mainly) film photographer based in Singapore. In addition to using cameras ranging from 35mm to ultra-large-format 8×20, Low also enjoys alternative processes such as kallitype and albumen printing. The opinions expressed in this article are solely those of the author. You can find more of Low’s work on his website and YouTube. This article was also published here.