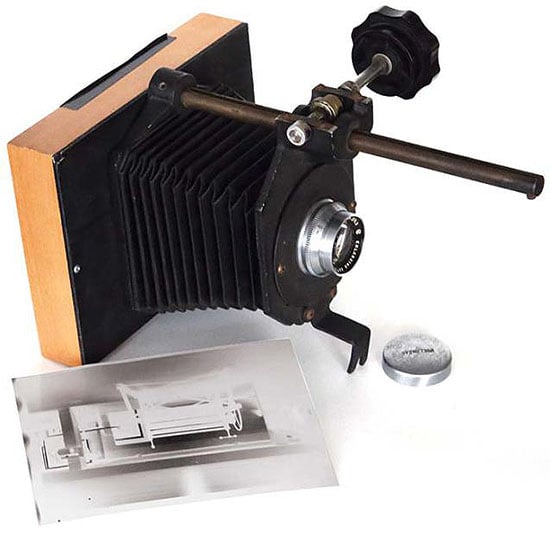 Photographer Chuck Baker is a self-proclaimed “camera and darkroom equipment hoarder” who can’t bear to get rid of gear even when it no longer works. Having a large number of enlargers in his collection, Baker recently decided to upcycle one of them by turning it into a working camera.

The large format camera you see about is what resulted from the project.


Baker started with an old 35mm enlarger created by the Czechoslovakian optics company Meopta, and the lens of the camera is the lens that came with the enlarger. Baker writes,

I disassembled the enlarger for the bellows and lens board and attached it to a thin wood board which was glued and screwed onto a 5″x7″ frame. I use a frosted glass for focusing and replace that glass with clear glass and a sheet of 5″x7″ paper. Foam holds the paper in place along with a taped on board. 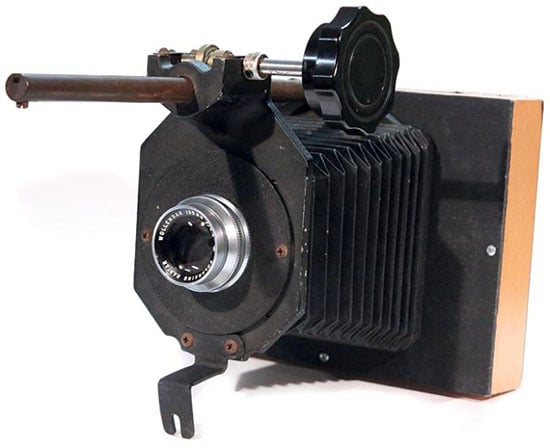 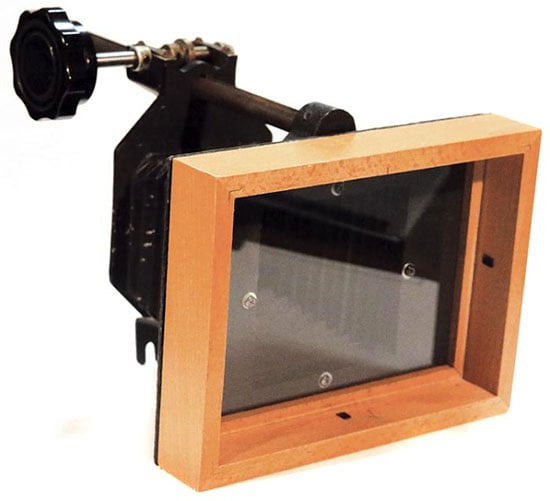 The finished camera doesn’t use a shutter because it’s loaded with ISO 6 photo paper instead of film. After positioning the camera and focusing the scene with frosted glass, Baker takes out the frosted glass and replaces it with clear glass, photo paper, and some backing to hold things in place. He then takes a reading of the scene using a handheld light meter, removes the lens cap, and then counts off the exposure time manually to make the picture.

Here are a couple of photographs Baker has created so far: 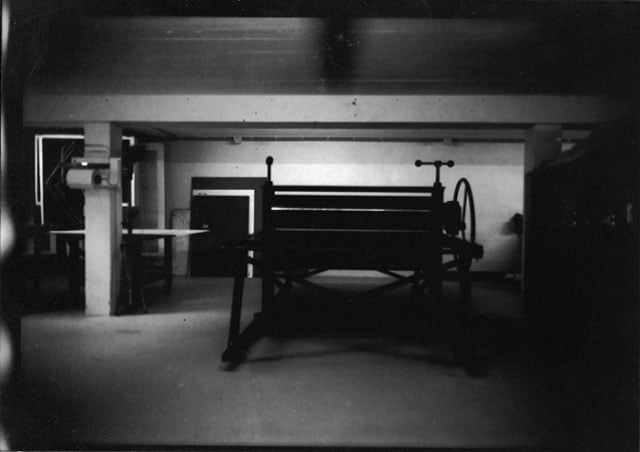 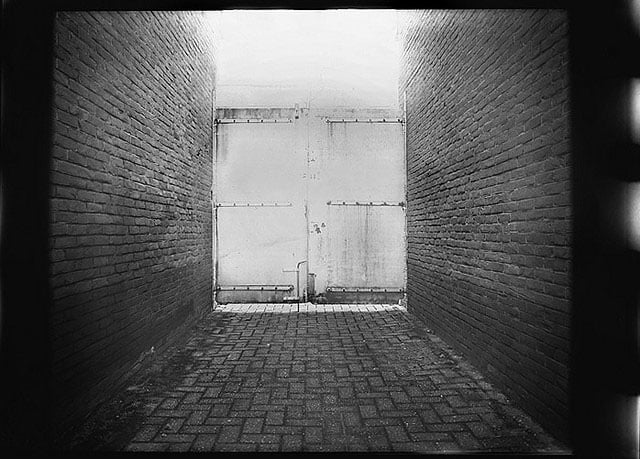 Baker says he is planning to experiment with different lenses to see what results. You can follow along with his photography and experiments on his Flickr photostream.

(via 52 Rolls and The Phoblographer)

Image credits: Photographs by Chuck Baker and used with permission

TED Talk: Photographing the Whole Earth Every Day With an Army of Tiny Satellites