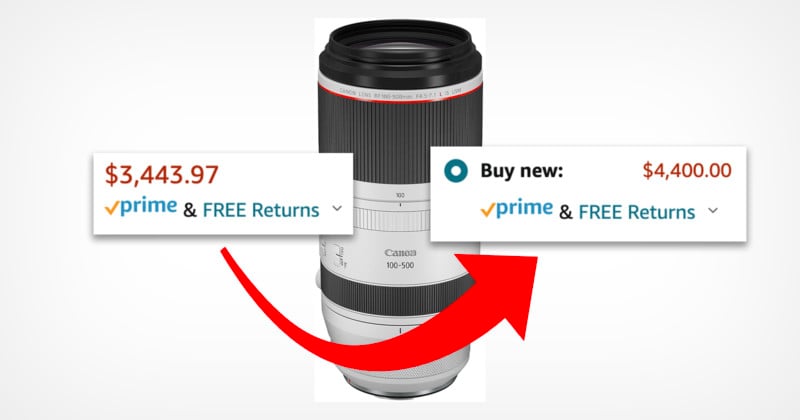 Early this morning, PetaPixel was made aware of a pricing issue involving the Canon RF 100-500mm lens. The official “shipped and sold by Amazon” version of the lens — not a third-party independent reseller, as can be seen by the “Ships from and sold by Amazon.com” notation — was listed for $3,443.97. To make matters worse, the lens is currently on backorder through other authorized resellers, which makes Amazon one of the few places through which new, official versions of the lens can currently be purchased. 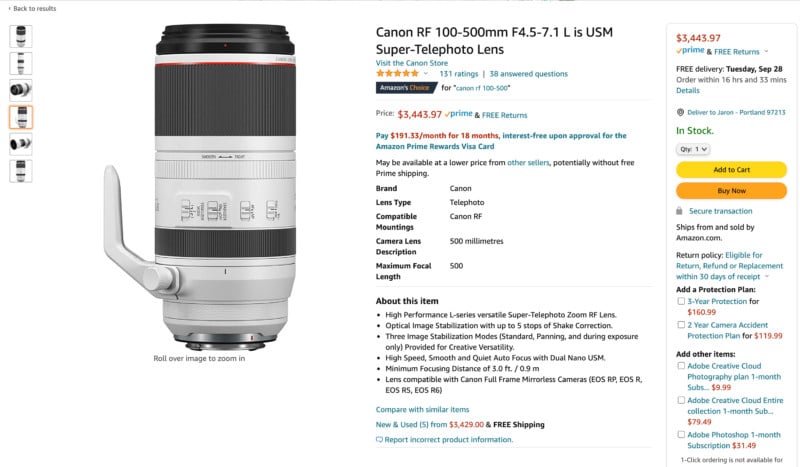 Believing the pricing discrepancy to be some kind of error, PetaPixel informed Canon so that Amazon could be made aware of the problem and resolve it. While PetaPixel is not aware of the exact agreements Canon has with its resellers, it is very likely that the company prohibits inflating the value of its items beyond the “suggested” retail price.

The FTC protects this practice for companies who want to maintain control over the price of their items:

If a manufacturer, on its own, adopts a policy regarding a desired level of prices, the law allows the manufacturer to deal only with retailers who agree to that policy. A manufacturer also may stop dealing with a retailer that does not follow its resale price policy. That is, a manufacturer can implement a dealer policy on a “take it or leave it” basis.

While this usually means that resellers can’t sell an item for less than a suggested price, sometimes it also stipulates that the price can’t be increased beyond a certain amount as well.

Whatever the case, a few hours later Amazon did make an amendment to the price of the lens, but not in the way that would be anticipated: 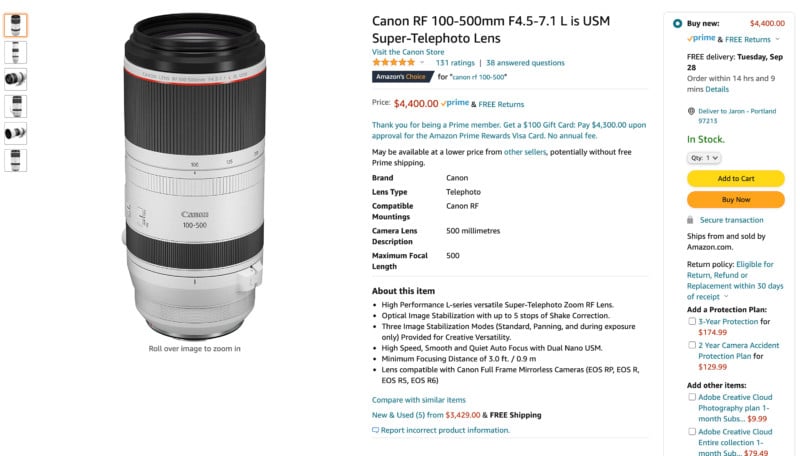 Instead of lowering the price to the $2,800 retail price that other distributors sell the lens for, Amazon seems to have made another error and instead increased it to a whopping $4,400 — a $1,600 premium over the MSRP.

While clearly another mistake of some kind, this current price for the lens is far more than its actual value and buyers should probably wait for Amazon to bring the price of the lens down to the correct amount before trying to pick it up.

Update: Amazon corrected the price a few hours after publication, and now lists it at the correct $2,800.