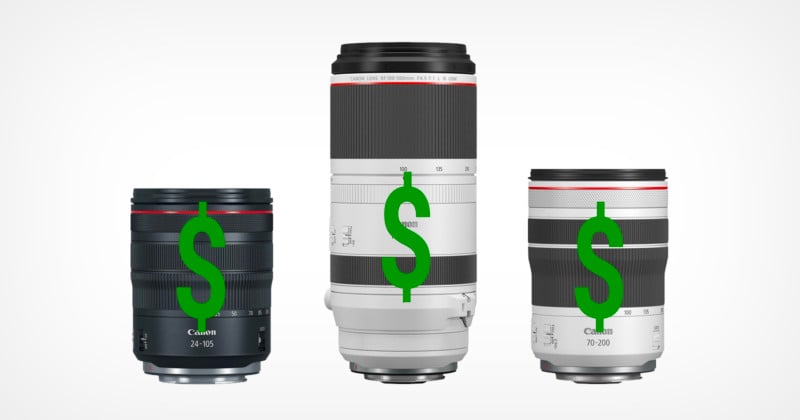 Canon has increased the base price of several of its RF and EF lenses for the second time in the last five months. The increase is modest in most cases and is likely due to the global shortage of parts.

The last increase at first appeared somewhat more dramatic, but has been corrected. The EF 200-400mm f/4L IS USM with the built-in 1.4x extender briefly was listed with a substantial $1,000 increase, but has settled back down to $11,099, just a $200 increase.

The Second Set of Price Increases in Five Months

Of note, most of these lenses are on backorder through most dealers already, but photographers who are in the market for any of them should jump on the lower prices if they haven’t been updated yet. For example, at the time of publication, Amazon had not yet noted the price increase on the RF 100-500mm f/4-7.1L IS USM.

Canon doesn’t go out of its way to advertise increases in price, and this set of changes is the second time it has implemented such a change in the last five months. In September, Canon increased the prices of several lenses and some cameras. At the time, a PetaPixel source said the changes were due to the ongoing coronavirus pandemic and its associated costs, but Canon declined to officially comment. It can likely be assumed that the price increase this time can be attributed to similar reasons.

PetaPixel reached out to Canon with regard to this recent group of price increases, but the company declined to comment.