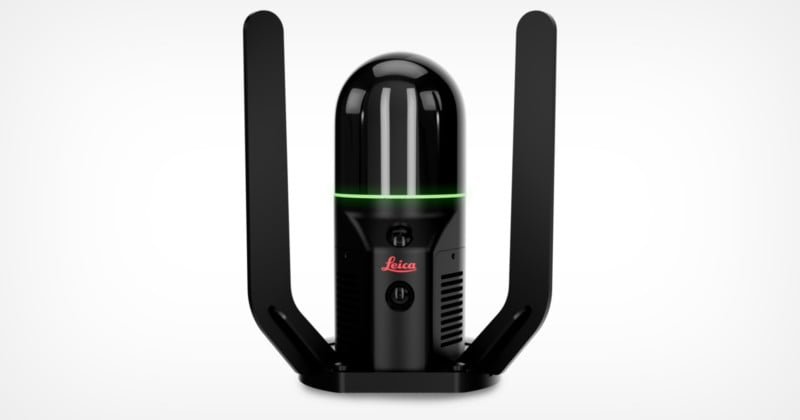 Leica Geosystems has announced a new reality capture camera device for robots like Boston Dynamics’ Spot that is designed to improve autonomous navigation.

Leica Geosystems may use the Leica name and logo, but it hasn’t been directly associated with Leica Camera AG in some time and is currently part of Hexagon AB, a publicly traded Swedish global information technology company that specializes in hardware and software digital reality solutions.

So while the Leica BLK ARC is a camera, its system is used to map environments and gives robots the ability to scan environments quickly with a high level of accuracy. Designed for use on robots like Boston Dynamic’s Spot, the BLK ARC can quickly and repeatedly capture accurate 3D point clouds and panoramic images of an environment with minimal human intervention. Basically, it allows a robot to “see” and map an environment autonomously.

Specifically with regard to Boston Dynamics’ Spot, the dog-like robot carries the BLK ARC through an environment and uses several different camera systems in concert with one another to allow the robot to better navigate its surroundings while simultaneously capturing that data. The combination provides Spot greater autonomy with accurate laser scanning and navigation, enabling humans to then safely build 3D models of any area the robot can go.

In addition to the BLK ARC that currently works with Spot (but is designed to work with any autonomous robot carrier system), Leica Geosystems also launched the BLK2FLY, which is a drone-mounted system and the first flying laser scanning sensor. It allows users to scan structures and environments from the air with extreme accuracy and provides accurate data representations of an area or structure’s features and dimensions.

While the Leica brand has typically been associated with photography as an art form by consumers, Leica Geosystems has been carrying that name into the robotics and reality scanning arenas. While both use cameras and sensors, they do so for fascinatingly different purposes. The Leica Geosystems BLK ARC and BLK2FLY will ship on October 28.