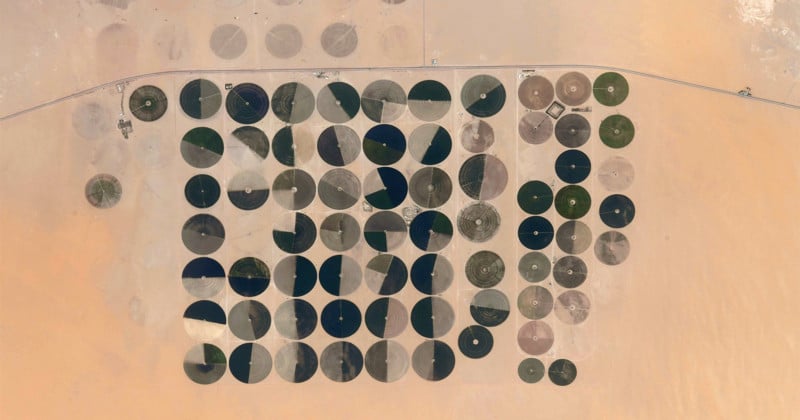 Photos captured from the International Space Station show how plots of land designated for agriculture look strange from that altitude and appear like a set of vinyl records or, as one astronaut puts it, a “Pac-Man invasion.”

There are no shortage of breathtaking images and video that come from the International Space Station (ISS) allowing those on Earth to catch a glimpse of the planet from far above. Most of these show familiar cityscapes and coastlines easily identifiable for anyone who has spent any time looking at a globe, while some other images of very common areas can look downright alien and bizarre when seen from so far above.

Thomas Pesquet, a current ISS crew member from the European Space Agency who is known for frequently sharing on his personal Twitter account, has recently shared an image that definitely feels extraterrestrial. The three images show what Pesquet describes as a “Pac-Man invasion” or “Earth’s Record Collection.” So what exactly are all of these strange “peas in the desert?” as Peasquet calls them? He’s left a hint in the hashtag of his post.

The trio of images shows dozens of circular agriculture fields that use a center-pivot irrigation system where the crops are watered using a sprinkler system that rotates around a central point creating the circular patterns seen clearly in the images from Pesquet. He doesn’t share exactly where these crop formations are but it is possible these particular ones are located somewhere like Suadi Arabia. A quick search through Google Earth and it is possible to find many more locations of these circle-shaped fields around the United States as well as plenty of other countries. 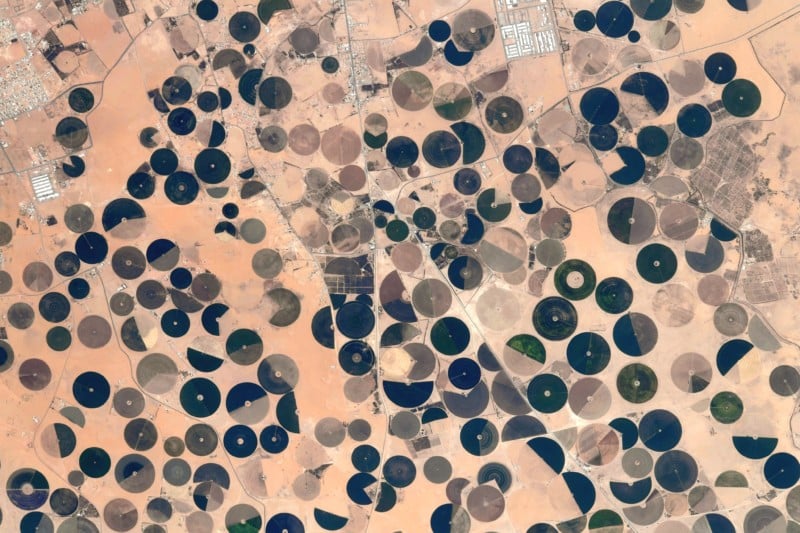 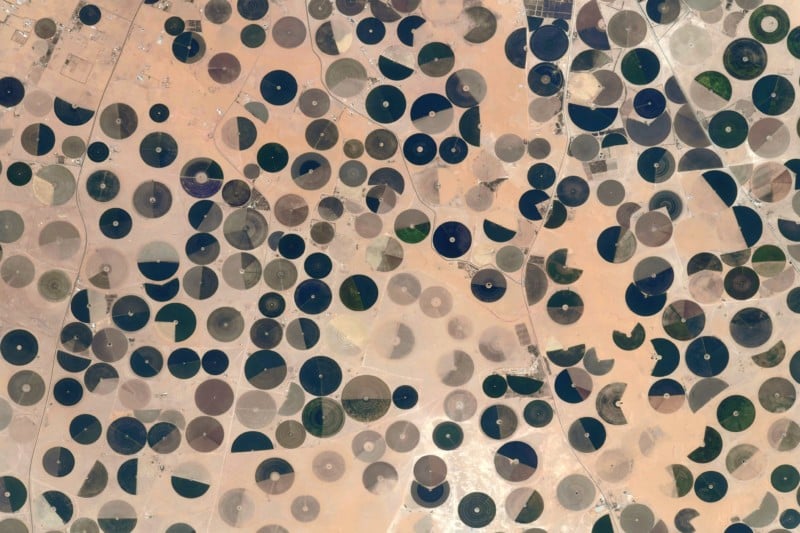 As noted by Digital Trends, the crop watering system is believed to have been invented by a farmer in Strasburg, Colorado and has been in use for decades. Some of these systems rotate on an axis using their own water power, however, electric motors have become more widely used in recent years.

To see more of Pesquet’s images from the ISS visit his personal Twitter account or the official NASA Image of The Day Gallery here.