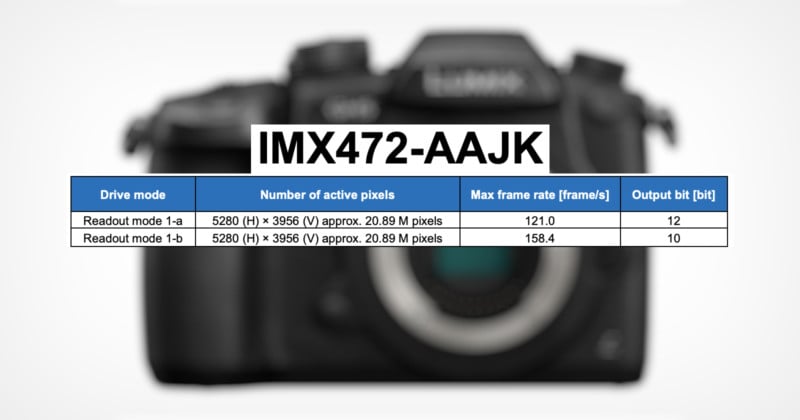 Sony has published a new product information sheet that shows specifications for a new stacked-CMOS 21.46-megapixel Micro Four Thirds sensor that is capable of reading at 120 frames per second across its full width.

As reported by DPReview, this IMX472-AAJK is the first known instance of a new Micro Four Thirds sensor that features a stacked CMOS design capable of 120 frames per second full-width readout speeds. In late 2019, Sony released a specification for a 47-megapixel sensor that was capable of shooting 8K at up to 30 frames per second, but it was not a stacked CMOS design and did not have the ability to capture framerates that fast — at least nothing was mentioned in the specification. 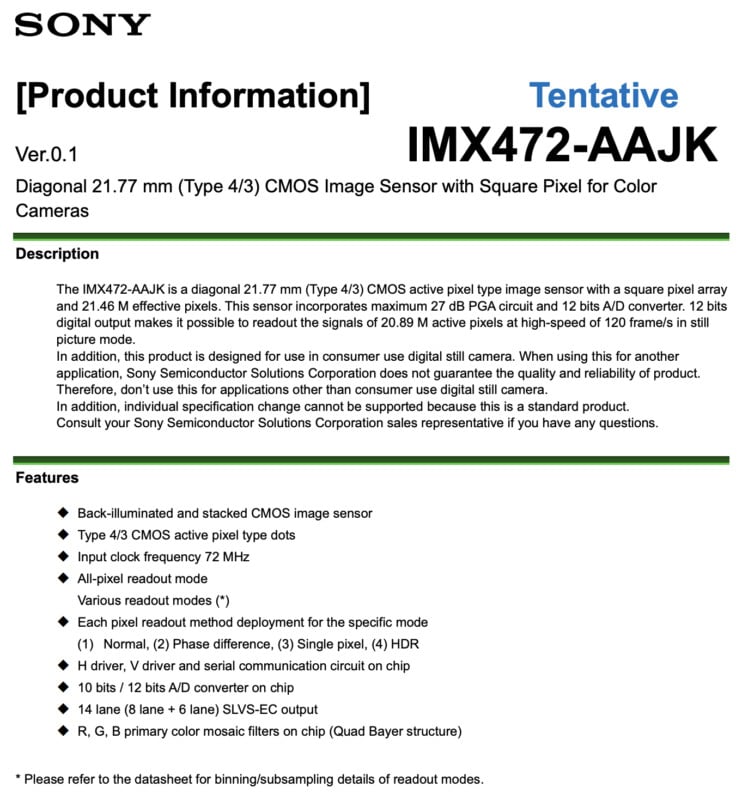 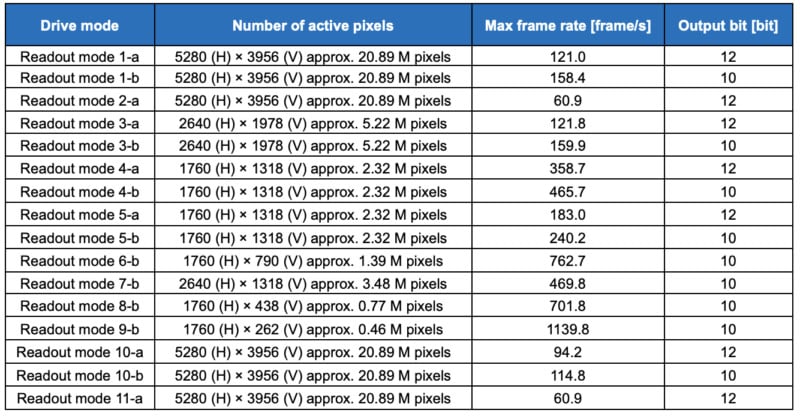 When Sony publishes this kind of information, it usually means the sensor is already available to be ordered by manufacturers for immediate use, so it’s possible that this particular sensor will find its way into new cameras coming as soon as this year or next. The specifications are impressive, and match up with what is expected out of the Panasonic GH6.

Panasonic has not specifically said if its GH6 sensor will be a backside-illuminated or stacked design, only that it will be able to capture 4:2:2 10-bit DCI 4K footage at up to 60 frames per second and do so for an unlimited amount of time when used under “certified operating temperatures.” It will also be able to shoot 10-bit 4K 120 frames per second High Frame Rate (HFR) and Variable Frame Rate (VFR) video and record 10-bit 5.7K 60p video.

Both this new 21.46-megapixel sensor and that 47-megapixel sensor each have pieces of what Panasonic has publicly said will be part of its upcoming Micro Four Thirds flagship. That said, this latest sensor appears to be a more likely candidate as the 5.7K video resolution promised by Panasonic in the forthcoming GH6 is possible with it as well as the promised framerates and bitrates.

Editor’s note: An earlier version of this story incorrectly stated that the 21.46 megapixels was not enough to achieve 5.7K. It is, and that error has been corrected.