Forests covered in a deep fog provide a great opportunity for landscape photographers as demonstrated by Michael Shainblum who ventured into the woods with a 35mm film camera and a spare roll of film.

Both a filmmaker and a photographer, Shainblum primarily works with landscapes using a digital system. But, for his latest video, he was able to borrow a 35mm film camera — the film was later developed by Shainblum’s friend Joe Pierce — and went back to shooting analog after several years of photographing with exclusively digital.

Shainblum tells PetaPixel that foggy atmosphere is one of his favorite scenes to shoot, although it may not always work out how the photographer intended it. The fog creates a lot of mystery in the final images, which can be further elevated using film to create that unique look that is not always easy to achieve with a digital camera. 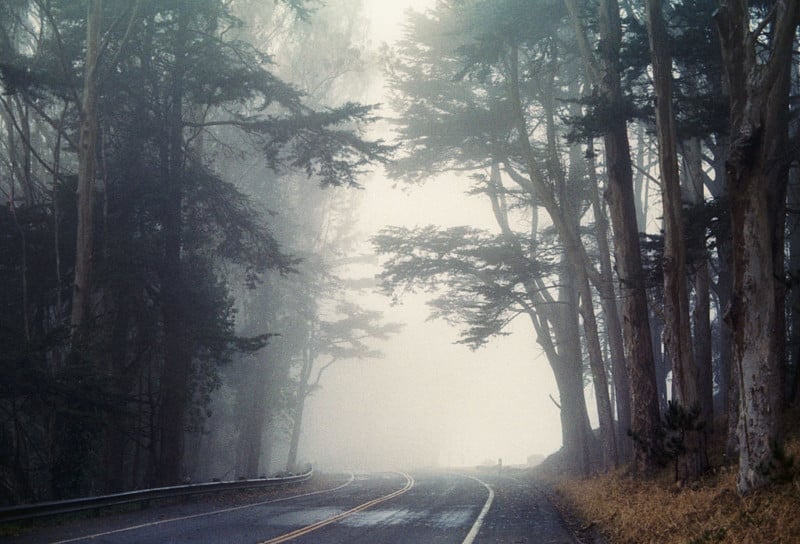 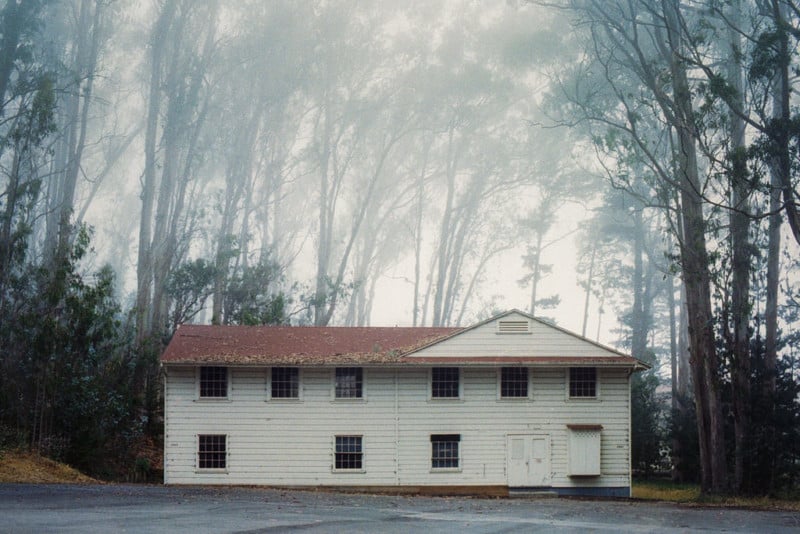 “When the scene fades off into the distance, our minds start to wonder what else is back there,” he says. “It can be used as such a powerful storytelling element”

That sentiment especially applies to the image of a small human figure standing in the center of the frame surrounded by trees on either side and ensconced in fog. If it had been a clear day, the Golden Gate Bridge would be clearly visible in the background. Although that may still have created a beautiful photograph, it would completely alter the direction of the visual story as Shainblum photographed it below.

When it comes to equipment, the camera, be it analog or digital, or even a smartphone, Shainblum says all of them are merely tools that he uses interchangeably to express his creativity. The process of shooting, however, is slightly different in regards to film, as are the final results which “have a different emotional quality to them.”

“I love the wonderful colors and grain achieved by film photography,” he explains.

“The results also yield a much more pleasing result at the scanning level,” he says, especially when compared to the what he describes as the “underwhelming” process of importing digital RAW files into Lightroom. 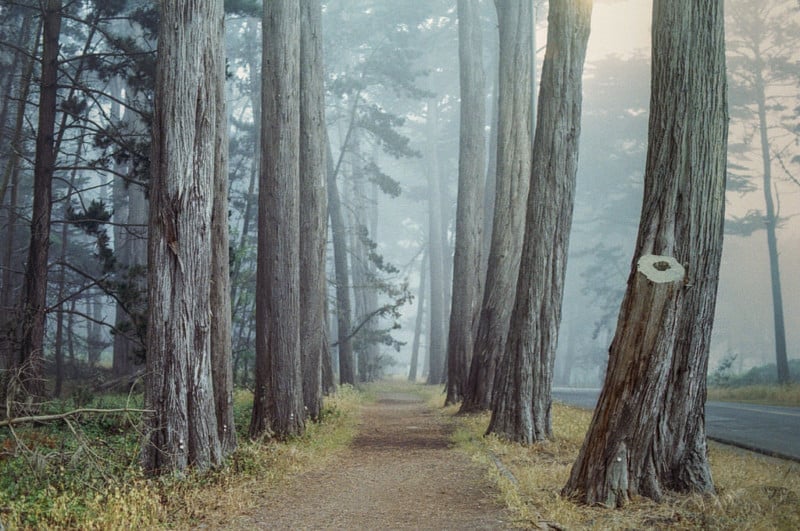 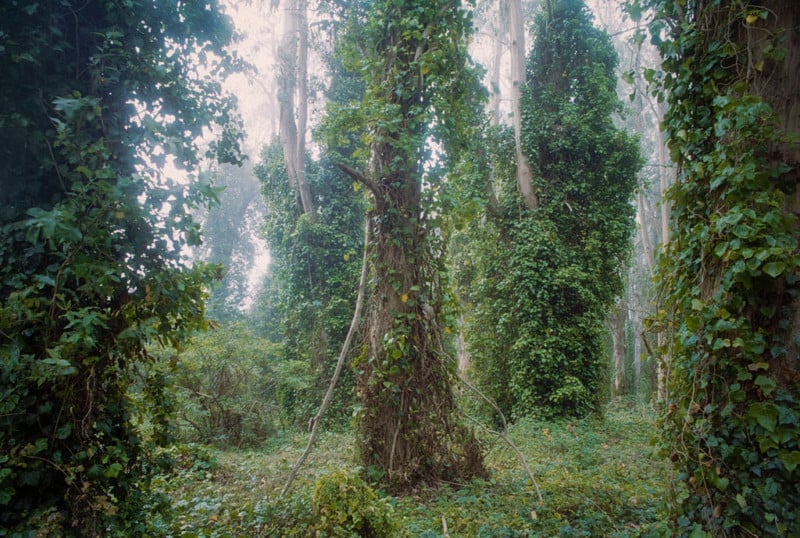 Not being able to immediately see the final result after taking it also brings something special to the shooting experience. For Shainblum, this means taking extra time to ensure that the composition and everything else is in place before clicking that satisfyingly-sounding shutter.

This brings a deeper sense of intention to photography and forces the photographer to slow down, Shainblum says. Although he already employs this approach for his digital work, with film there is no going back and you simply have to be more mindful and aware. 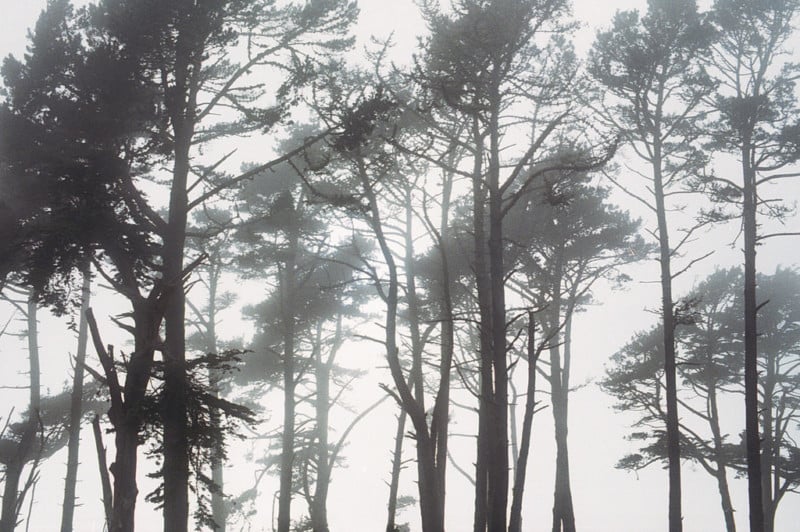 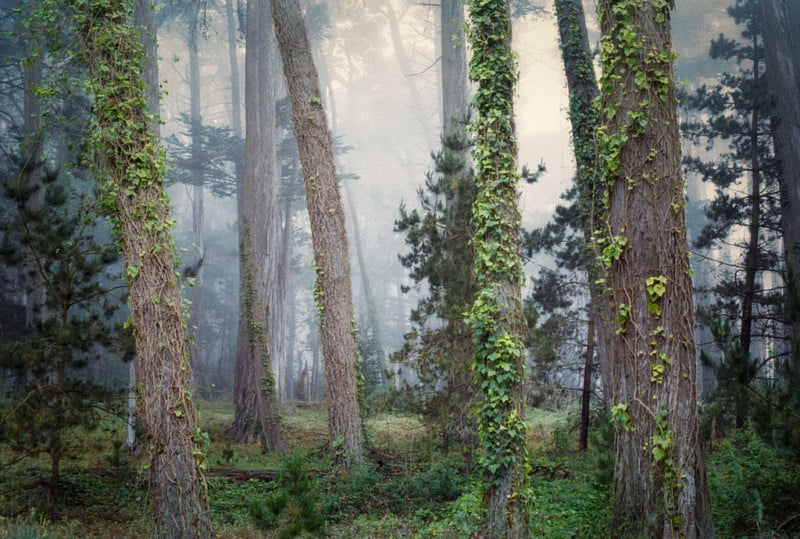 For anyone else who wants to photograph in the fog, Shainblum points out that “patience and persistence is the key” because fog can move quickly. It’s possible that photographers set up a beautiful composition but within a split second, the fog moves and reveals a completely different view. “Chase the fog down if needed,” he says.

“The whole experience brought me back to the first times I had ever taken images. That true sense of wonderment and discovery. To put it plainly, it’s just fun!”