I am a professional wedding, portrait, and fashion photographer and have been photographing couples for nearly three decades and I have been teaching photography for over two years. My goal with this video is to provide simple but very effective posing tips when photographing a couple.

Most of the couples you will photograph are not used to being in front of the camera. That’s why a few simple directions can help make a couple look their best and it can mean the difference between a portrait looking stiff and unrealistic to instead looking emotional and beautiful.

The easiest way to pose someone is by asking them to mirror you. If you give directions like “turn left” or “tilt right,” then you’ll almost always create confusion as your subject tries to work out which direction you mean. But if you ask them to mirror you and then demonstrate the pose while standing in front of them, they can copy what you are doing without thinking about it. It also avoids any uncomfortable contact being the photographer and the subject. But most of all, it is the fastest, most efficient way to pose someone. 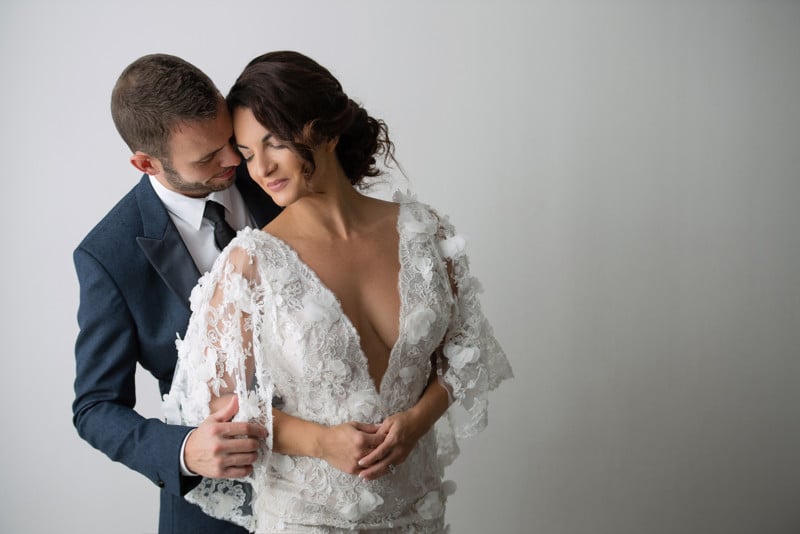 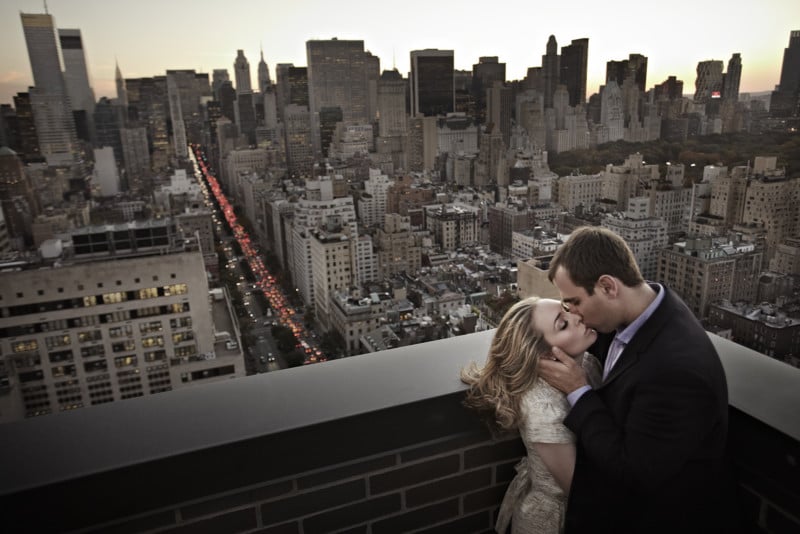 Read more: How to Photograph Couples: A Detailed Tutorial

Learning a bit of body language can make it so much easier to direct your couple. If you want to show that a couple is in love, you’ll want to make sure that the pose reflects that. You may want to begin by turning their bodies towards each other at a 45-degree angle instead of standing side by side flatly. 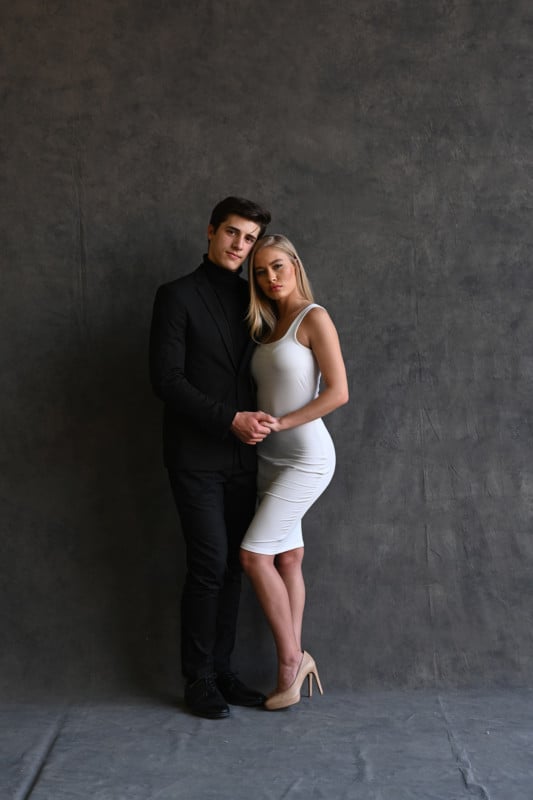 You also want their body language to match each other as well. If one partner is leaning in, but the other partner is standing stoic and straight with their hands in the pockets, then their “emotions” don’t match, and there will be a disconnect in the portrait.

Even the smallest of details is essential in making your portrait realistic. If a couple is very close together and you ask them to look at each other, it will look very awkward. That’s because they’re too close together to see each other’s eyes properly without going cross-eyed. When you look at someone’s eyes in a normal situation, you are always standing farther apart. But if the goal is to create an intimate portrait of the couple looking at each other, ask them to instead look at each other’s lips. If you are that close to someone you love, it usually suggests that a kiss is imminent. And if that is the case, then you would almost always be looking at your partner’s lips. 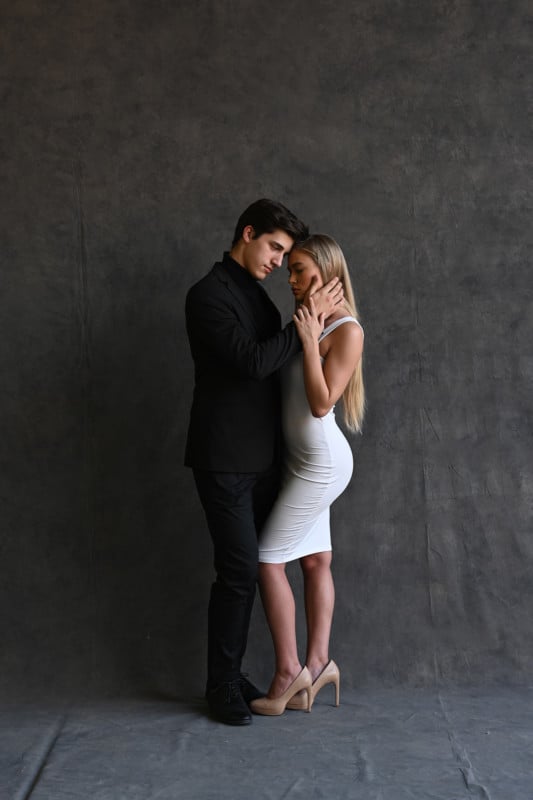 You don’t have to remember a thousand different poses. You only need to learn some essential tips to finesse a pose that tells a story about the couple. What are you trying to say? Ultimately, repetition, experience, and practice will always be your best teacher. So keep practicing whenever you can.

About the author: Widely regarded as one of the top five wedding photographers in the world, Jerry Ghionis’ theatrical and iconic images have redefined modern wedding photography. In 2013, he was named as a United States Nikon Ambassador. And he was the first Australian named in the first-ever list of Top Ten Wedding Photographers in the World by American Photo magazine. Jerry was also named as the Australian Wedding Photographer of the Year by the AIPP. Jerry is also proud to have won the WPPI (Wedding & Portrait Photographers International) Wedding Album of the Year for a record eight times among his long list of accolades and WPPI included Jerry in their Top Five Wedding Photographers in the World. In 2011, Jerry was also named by PDN magazine as one of the top photography workshop instructors in the world. To learn more from Jerry, visit his website here.