Over the past few weeks, Gitzo has been in the hot seat over issues surrounding its Legende tripod — namely linked to poor communication. As a company that had previously never worked directly with customers, the expectations of crowdfunding may have initially caught the manufacturer off guard, but it’s actively working to fix that along with its Legende tripod’s cosmetic issues.

In an interview with PetaPixel, Gitzo’s Brand Director Paolo Frizon and Vitec Imaging Solutions’ Communications Director Paolo Pozzi explain how the company grappled with the communication expectations that come with an IndieGoGo campaign amidst its steadfast dedication to assuring a quality product.

“We apologize for not being as reactive as we should have been,” Pozzi says.

Pozzi first wanted to address criticisms that the brand has faced over its decision to use IndieGoGo as a platform. The public perception is that as a well-established brand, this was unnecessary. Pozzi explains that the company chose the crowdfunding route because they wanted to launch the sustainability-focused product directly to customers so that it could not only offer additional perks for those that wanted them but also provide a direct link with the Wild Shots Outreach program where five percent of Legende purchases would go to support. Additionally, IndieGoGo gave Gitzo an avenue to directly collect customer feedback and gain greater, widespread reach.

It is on that note of feedback where perhaps the company wasn’t quite prepared for the expectations that come with crowdfunding. Before Legende, Gitzo had always worked with a traditional distribution model and never sold directly to customers. Because of the mixed history of success that Kickstarter and IndieGoGo campaigns have had, along with very recent campaigns that appear to be outright scams, backers are notably more cautious. When that trepidation mixed with Gitzo’s lack of familiarity with working directly with buyers, the result was a breakdown in communication that left backers feeling unheard and fearful of being scammed.

That was never Gitzo’s intention. 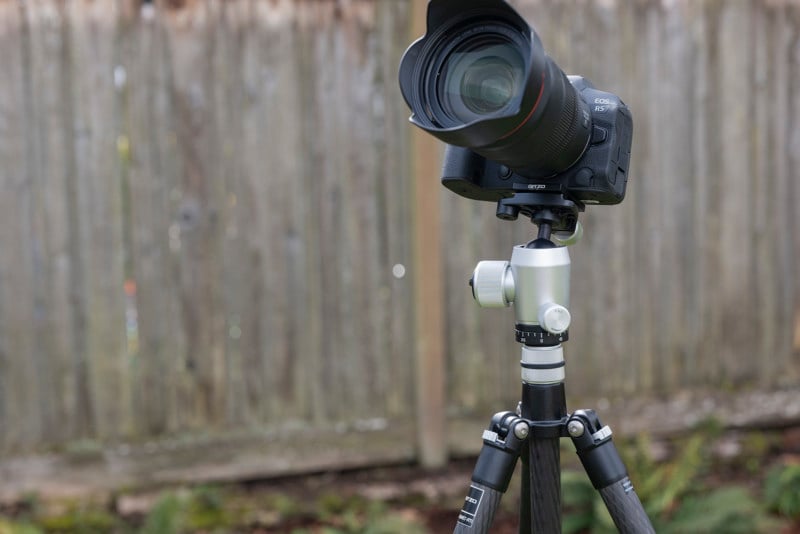 Pozzi explains that Gitzo had shipped around 40% of ordered Legende products within the original time frame when the company received two claims from backers who received tripods and who complained about cosmetic issues.

“We usually base our distribution channel in a different way,” Frizon explains. “We are not always in direct contact with final users, which is why we are now testing and using IndieGoGo. Usually, we ship through traditional distribution channels so we have our certification and are very confident in what we do and the quality of what we are shipping. When we are in direct contact with our users and our credibility is the top priority for us, as soon as we saw two feedbacks from the market, we said we needed to understand better what was happening.”

Just two customer complaints immediately set the Gitzo team into action, and Frizon says it became a priority for the entire company to address the issue as soon as possible.

“We needed to act immediately,” Frizon says. “We immediately stopped shipments that were in transit and recalled product in the warehouses until our quality department investigated what the problem was.”

As soon as Gitzo started this process, it made an announcement on its Legende IndieGoGo page explaining the issue. The team then immediately focused efforts on investigating the problem and seeking a solution.

“This took 10 days,” Frizon continues. “For our internal procedures are really strict, so we set everything we need some time to investigate and fix the problem and find a solution, validate and test before we can say we have figured out a way to solve the problem.”

Gitzo’s team put its head down and focused entirely on fixing the issue, unfortunately neglecting communication with IndieGoGo backers. From its perspective, the Gitzo team was handling the issue as they had, or would, any other issue. Unfortunately, the crowdfunding nature of the campaign amplified the expectations of constant feedback, and backers who emailed Gitzo to ask what was the problem and reason for the delay were not immediately responded to because the company did not have all the answers yet.

Additionally, how Gitzo chooses to engage with its customers historically carried over to how it handled those inquiries on IndieGoGo: privately.

“We have not been super active on the community management on Indiegogo because we preferred the private conversations,” Pozzi explains. He says that their main reason for doing this is to protect the privacy of customers. The second was so that the company could better track incoming complaints and properly manage them with internal tickets.

“Moving the claim in consumer care, we can track in a ticketed system and follow all the steps of the claim,” Pozzi says. “It seemed like we disappeared, but we did not. This is a top priority to solve the issue, but our priority was first to stop all shipments before moving forward, second to investigate the problem, third to provide a solution that is in line with Gitzo standards, and finally communicate to everyone.”

This slower, more thoughtful approach has worked for Gitzo for years, but the nature of nervous backers who did not want to fall victim to yet another scam made this method inefficient, and this has not gone unnoticed by Gitzo. It is their goal to make it right and focus on providing the best possible product — this includes cosmetic problems like the minor scratches that the tripod would sometimes incur during shipping.

The solution that Gitzo has come up with required significant changes.

“We identified an issue with the logistics and packaging,” Frizon explains. “Using the original distribution channel, we would ship to distributors in larger boxes, not individual boxes. The stress of the package is much lower with large boxes than the shipment with a single box. This is not an excuse, so we investigated where the issue was, which is the package.

“Basically, with Legende, we tried to keep it simple as possible for structure and inner components to follow the importance of being eco friendly. The package was not effective in terms of protection for the original product,” he says.

Frizon explains that the tripod would experience micro-vibrations during shipping which would result in a point of contact between the locking knob on the tripod head and the top collar of one of the legs. This shaking could cause the two parts to rub against one another and cause cosmetic damage. To fix this, Gitzo added two additional cardboard spacers into the box to pad the tripod against this issue and isolate those critical components. 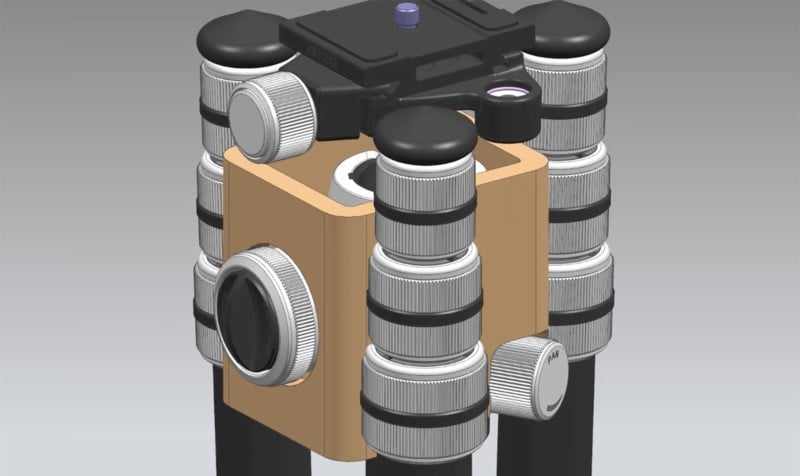 This one action would likely have been more than enough to prevent the scuffs, but Gitzo wasn’t satisfied with that — Frizon explains that the company needed to go well beyond to assure the issue would not come up again.

“We need to be the best without any kind of compromise,” Frizon says. “The rubber around the leg lock has been increased in thickness and the handle has also been improved. The original locking handle is fully machined aluminum, but the new version has a dedicated rubber around the locking handle so the product is capable of being more than safe. We are taking out any possibility of cosmetic issues.”

The adjustments to the tension knob also include a new friction control dial that was not present on the original design, making the product even better than the tripod IndieGoGo backers originally supported. 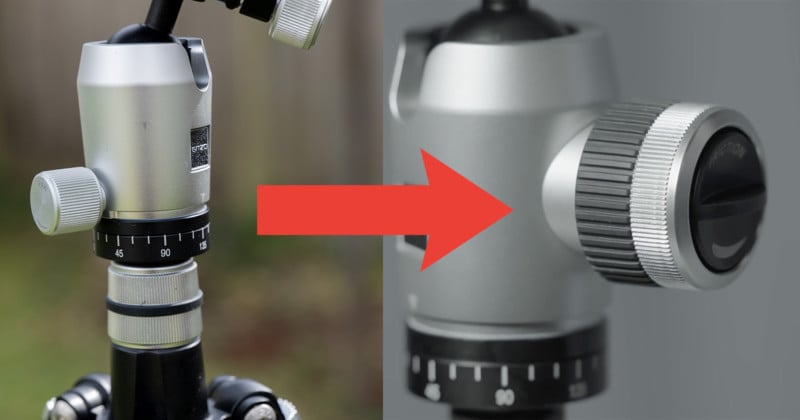 Frizon says that the stability, safety, and rigidity of the tripod has always been 100-percent, and he insists that the company has never had any safety or performance concerns with the Legende tripod. Still, despite the fact that the issue was purely cosmetic, the company was willing to spend a great deal of money to recall the products, engineer a solution, repackage them, and send them back out to customers.

This, of course, takes time.

But for Frizon and Pozzi, that time is well worth it if the result is a product that is without compromise. The three-month delay that was announced on June 7 will allow Gitzo to make these two major changes to the tripod, and the company doesn’t expect to run into any issues that could delay that further. Additionally, Gitzo seems to have a firm understanding of the communication that is required of them now, and has expressed that its concern has always been to maintain its reputation for outstanding quality. Frizon and Pozzi seemed to understand how that was put in jeopardy due to how the company handled communications on IndieGoGo. For that, the two offered sincere apologies.

For those concerned about the legitimacy of Gitzo’s campaign, the duo hopes that the video published today as an update to the campaign as well as their detailed explanation will help put worried backers at ease.