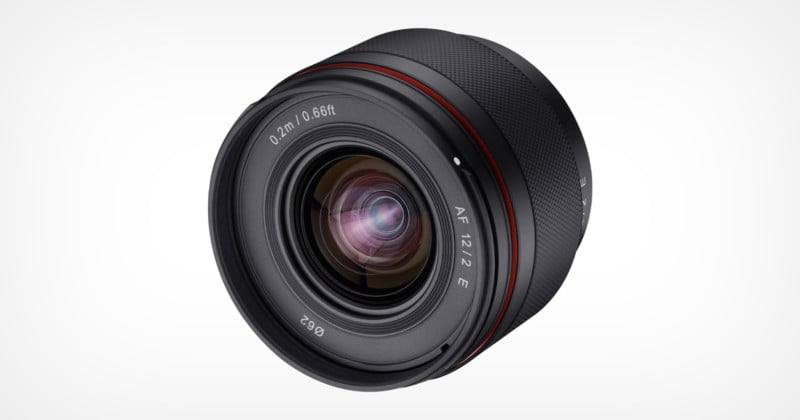 Samyang, which is distributed in the United States under the name Rokinon, has announced a new autofocus ultra-wide prime for Sony E-Mount APS-C cameras. The 12mm f/2 AF is a compact, lightweight, and “rugged” lens that promises fast and accurate autofocus thanks to a stepping motor.

The design of the lens is simple and straightforward, with what Samyang says is an “elegant” matte black finish and “comfortable” micro patterned rubber focusing ring over an all-metal housing that has been weather sealed. 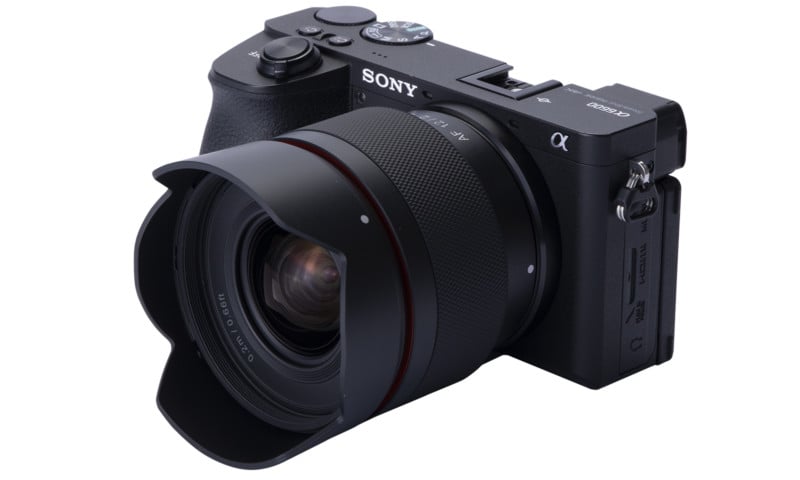 The 12mm f/2 weighs 7.51 ounces and is only 2.33 inches long, making it extremely light and compact for such a fast wide-angle lens. Samyang/Rokinon says that the lens not only provides a great combination of value and performance (it will retail for $500), but it is also rectilinear with a 99.1-degree angle of view. The lens has an equivalent focal length of 18mm on full-frame sensors. 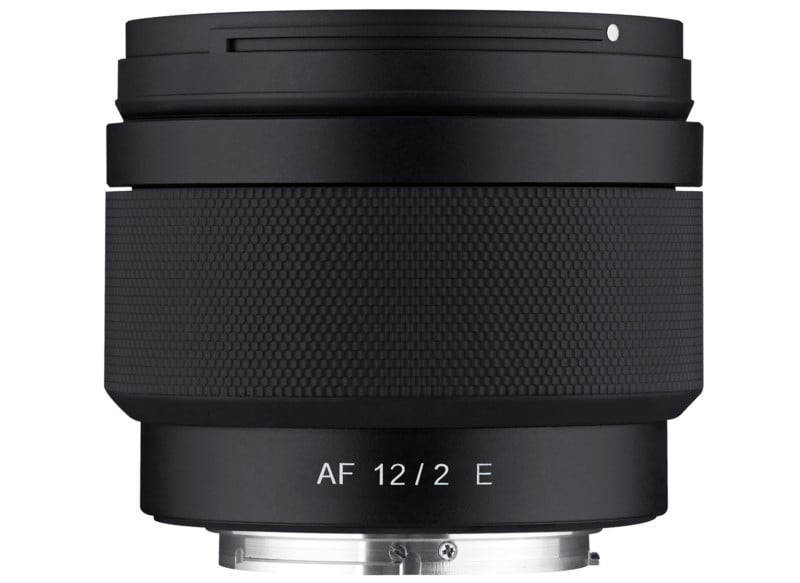 The company says that the super-fast f/2 aperture is perfect for astrophotography and night shooting applications, but also notes that because it is so wide, even photos captured during the day can benefit from it thanks to the separation provided by the defocused area. The image samples below show what to expect from the lens in various environments. 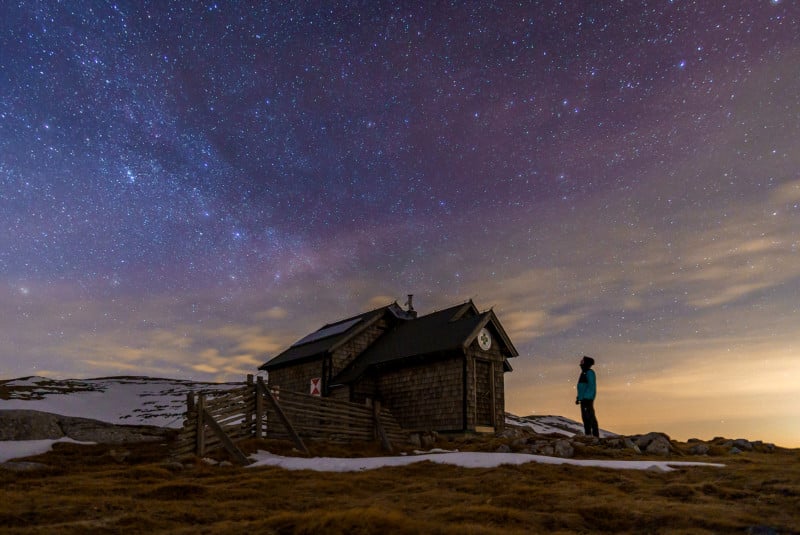 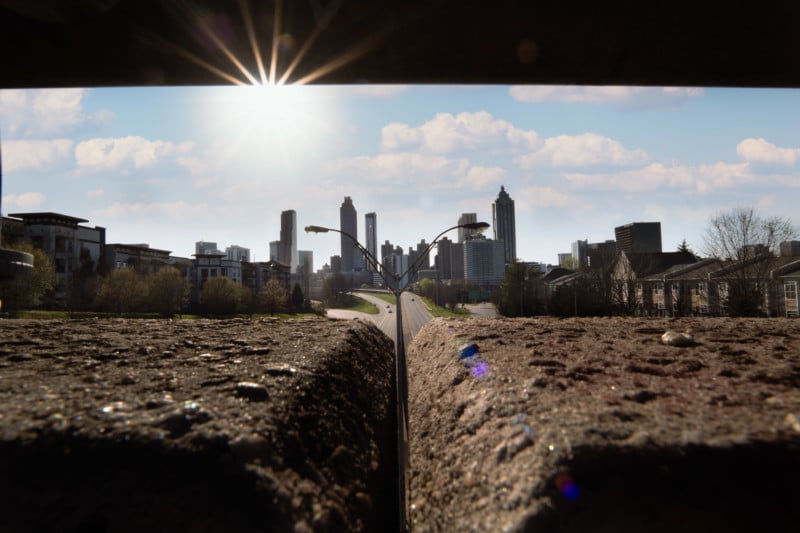 The autofocus engine is driven by a linear stepping motor technology that the company says is designed to allow the lens to be small while still improving autofocus performance. The company says that it delivers extremely fast, quiet, and precise focusing in both stills and video by only requiring that the lens move a single focus group using that stepping motor.

The lens is comprised of 12 elements in 10 groups including one aspherical element, three extra-low dispersion elements, and a single hybrid aspherical element to control aberrations and distortion. It also has what the company calls a “further advanced” version of the Ultra Multi Coating (UMC) which it sys controls flare and coasting as well as maximizes light transmission, contrast, and color accuracy. The Samyang/Rokinon 12mm f/2 AF for Sony E-Mount APS-C cameras ships with a removable petal-shaped hood and is expected to begin shipping in early June, 2021 for $500.