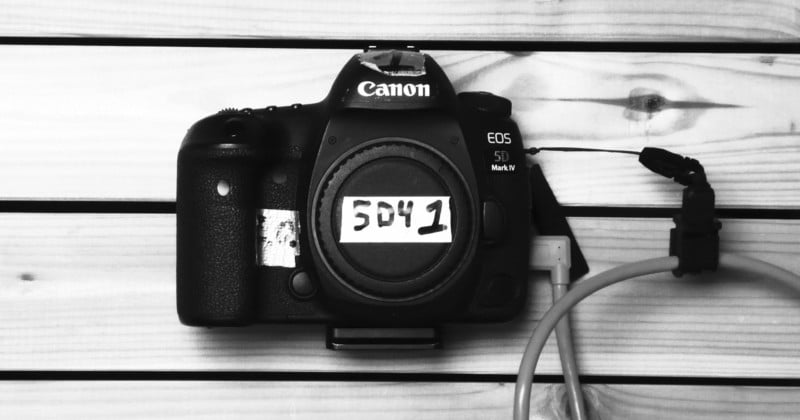 Released in 2016, the Canon 5D Mark IV got a range of reviews, with most being quite negative. 5 years down the road, how does this camera hold up in professional jobs, and will I be upgrading from it?

Last year, just before things got slightly out of hand, I upgraded from a 5D Mark II to a 5D Mark IV. As a fashion photographer who still shot events for a living, I was seeking an upgrade for two reasons: more resolution, higher ISO, dual card slots.

In the Canon ecosystem, the 5D Mark IV was the most reasonable camera. Come pandemic, I lost all my event work and decided to sack off that branch completely, as I had been meaning to for some time. Having shot all sorts of work on the 5D Mark IV and having seen how it performed for me, I am prepared to share my thoughts on this camera. (Spoiler: it’s a great camera.) 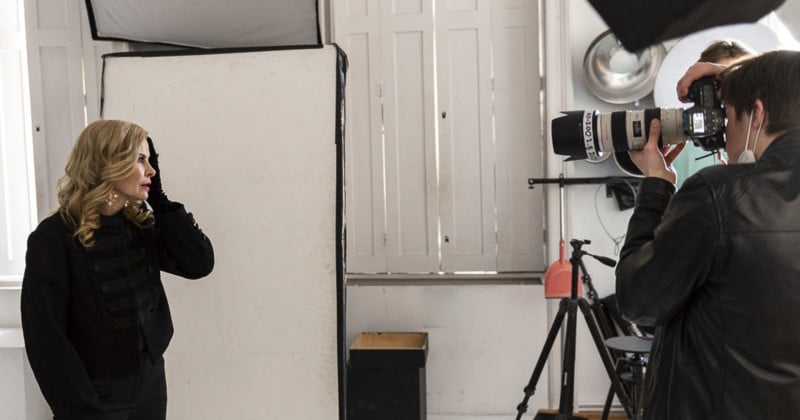 I must point out that I’m not a technical photographer, and I probably won’t be pixel-peeping and discussing niche details. So far, I bought gear that I needed to get my job done, and not because I might need it to get a job done.

I saw the upgrade to a 5D Mark IV as a leap to new horizons. It was better in every way than a 5D Mark II, and this was truly an upgrade I wanted for quite some time. The camera had plenty of new features and improvements that made it incredibly well suited for shooting events, especially in low-light. The improved resolution was great for cropping, ergonomics made it well suited for my large hands, and the viewfinder never failed to warn me that I’m doing something wrong.

The camera is also built very well, and despite me using it in the nastiest conditions, it’s holding up. I had it dropped, soaked, and abused. So far, it’s fine and I hope it stays that way. The shutter count is approaching a milestone of 100,000. Soon, I will be adding a 5DS to my arsenal, as beauty work requires extra resolution.

The 5D series is quite special to me in general. My first big milestone job was shot on a 5D camera. The 5D Mark II, which gave me fond memories showed me that it was built to be a workhorse. The 5D Mark IV builds on that incredible legacy. It offers great build quality, with the body feeling solid. The magnesium alloy that it’s made out of survived many dings, and large crashes. So far, the only part I had to replace was the hot-shoe. If you have a screwdriver, it’s a 10-minute repair. 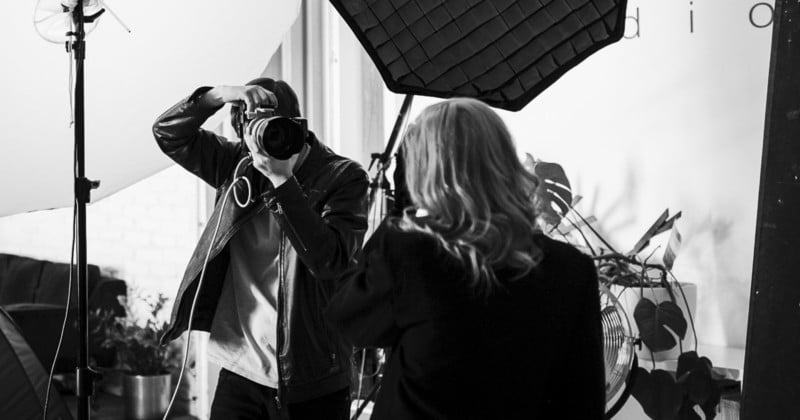 Color reproduction is quite important for my work. While I pay close attention to skin tones, I like all other colors also being true to what they are. Having done extensive beauty work on it, it does a pretty good job with keeping tones, as well as offering color depth (24.8 bit). The 13.6 EVF dynamic range means I can have plenty of detail even in the most unusual conditions. That deteriorates with higher ISO, but I found that anything shot up to ISO 6400 is very solid and can go on medium-sized print, and most digital.

I’ve had to take portraits at ISO 6400, and they were fine. Anything beyond ISO 6400 is not usable in my eyes. There are inconsistencies. The only use I’d see for this camera at high ISO is at press work that will be in black and white. A general tip would be to go for B&W when you’re at a high ISO.

As I work with a team most of the time, tethering is huge for me. Luckily the USB 3.0 port has no problem delivering images to Capture One at great speed. This is huge for me, as I had some speed issues with the Mark II.

Other connectivity features are somewhat irrelevant to me. I only used the WiFi function when I wanted to post something to an Instagram story quickly. I never had to use NFC and found the GPS a bit redundant too. The HDMI port was handy with external monitors, and the microphone jack also helped me get cleaner audio. The PC sync port is a bit dated, but I used it once with a gnarly flash setup where I mixed a number of brands. 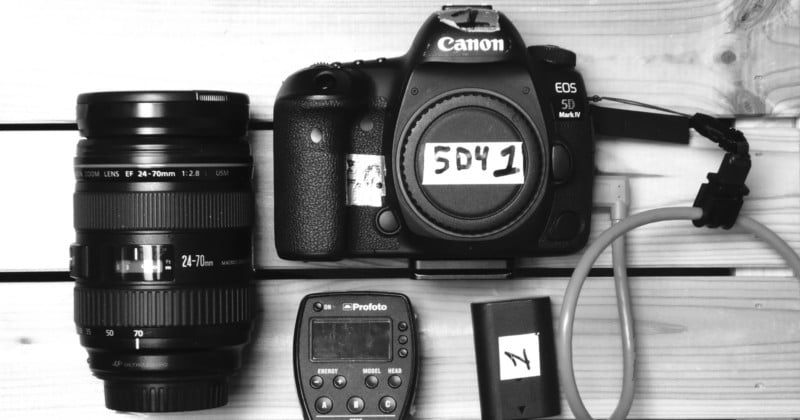 The autofocus on this camera is second to none. The same module is used on the flagship 1D X series built for action sports photography. The autofocus system has plenty of points, which get it tack-sharp 99% of the time. If you know what you’re doing, 100%. The continuous autofocus in the video was also a nice addition. I am awful when it comes to focus-pulling, much of the videos I shot on it relied on that continuous video autofocus.

Speaking of video: I wish I shot more of it. So far, the only times I did video work on the 5D Mark IV was on rescheduled events. Even then, the camera was used for both: stills and video. The custom mode on the main dial made that process incredibly easy to do, and the low-light performance ensured I got decent results no matter the venue.

When it first arrived, I didn’t have any trouble with getting to know it. The leap from the 5D Mark II was very easy. Luckily, most buttons stayed where they were. The of/off switch right by the mode dial was very welcomed.

The feature I was most excited about was the ability to customize it to my liking. The AF-on button will toggle AI-Servo mode for me, while the m-fn (conveniently near the shutter) will change the ISO.

The touchscreen seemed useless, but I love it. This helped me be more efficient, and adapt to sceneries a lot faster. For me, a sign of good gear is not having to open the manual ever. With the 5D Mark IV, that is the case. 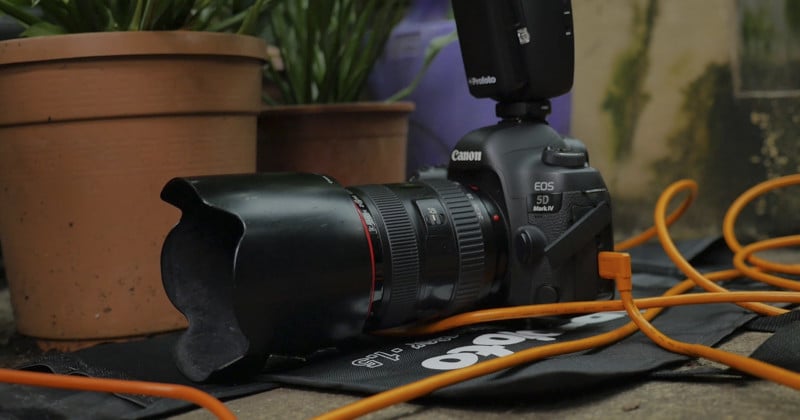 This camera has been incredibly good to me, but it has its flaws. I must say that none of them are critical when it comes to most work. They are nice additions.

The biggest one for me is the lack of it. This is nothing compared to not having live-view at all (like in my first DSLR) but still, an articulating screen would be a nice touch.

Another turnoff is the lack of video features. I remember having focus peaking on the 5D Mark II and being able to pull off okay focus. Probably with focus peaking, I would be doing more video work as it makes life a lot easier. I am looking forward to seeing a Magic Lantern release for the 5D Mark IV — it’s been in the works for some time now.

A nice feature to have would be spot-metering for a selected autofocus point. This is mostly applicable to concert photography where everything bar the subject is dark. 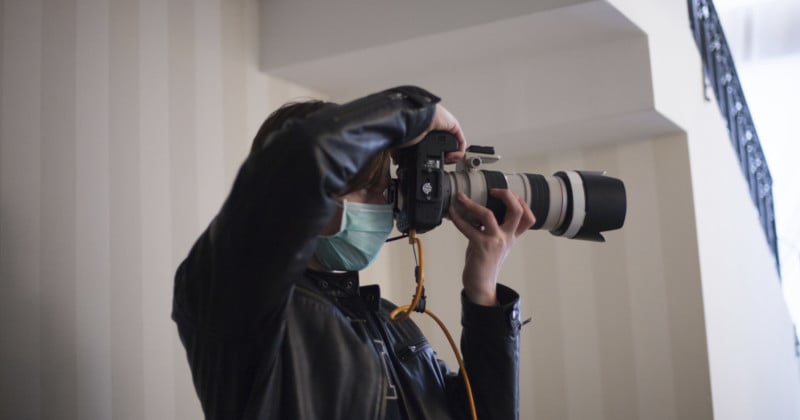 I am not retiring my 5D Mark IV until it breaks. And even then, I might just get another used one and stick to it. The Mark IV is a great camera that can be used for pretty much any genre of photography. I am going to purchase a 5DS soon, as I need more resolution, and don’t really care about ISO.

Why not the Canon R5? Because I have to buy two of them if I decide to invest in the R5. That amounts to $8,000, which my business is not ready to take on. But that’s already a whole other topic.