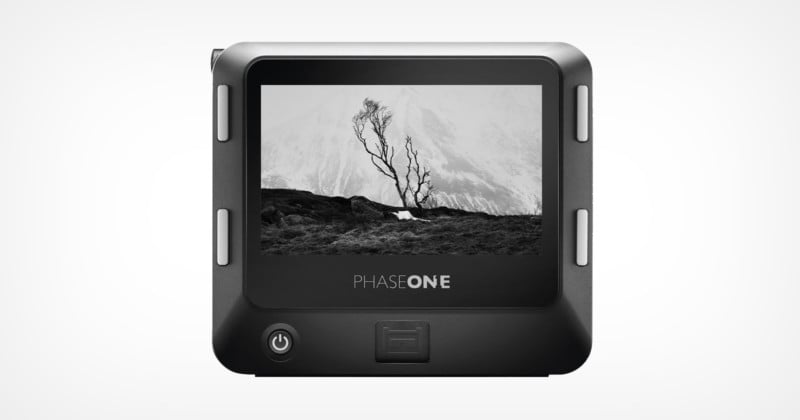 Twenty years ago, few photographers would have questioned your choosing to go out with black and white film loaded in your camera of choice. Today, when I tell people my digital medium format camera shoots only in monochrome, I am prepared to receive just as much criticism as confusion.

Responses typically range from “I didn’t know they made such cameras” to “Why would you limit yourself in such a way – doesn’t color give you many more options?” In this article, I would like to take a closer look at why such a niche product may indeed be worth considering.

Back in 2012, I first became aware of a monochrome-only digital camera, the famous Leica M Monochrome. A year later, I was invited to New York City to test the then newly released Phase One IQ260 medium format digital back, which also came in a monochrome version called the IQ260 Achromatic. According to Wikipedia, achromatic means literally “without color.”

While a regular digital camera uses a Bayer color filter mosaic over its sensor to allow it to detect the intensity of red, green and blue light, a monochrome camera is built without such a color filter array. As a result, the sensor captures luminance only. RAW files are black and white, just like black and white negatives. 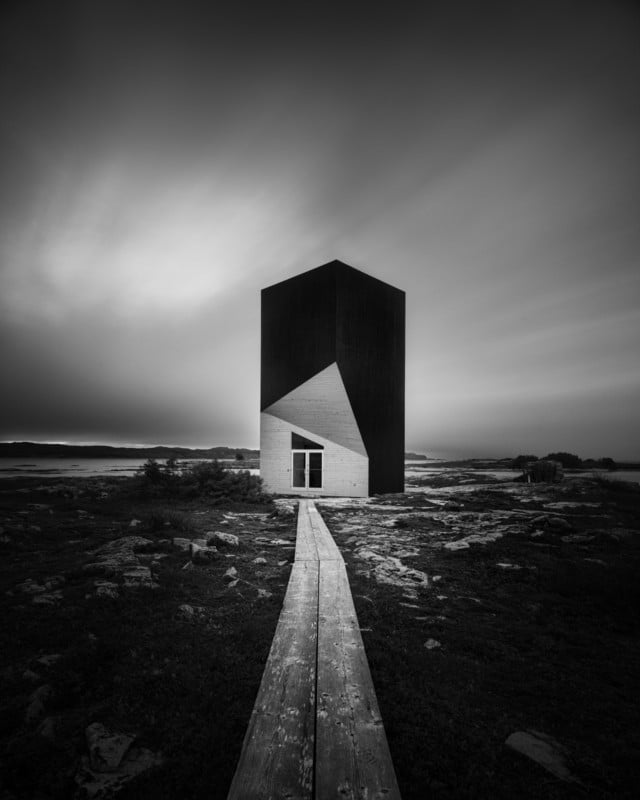 In 2017, Phase One released the IQ3 100MP Achromatic, the first such digital back to use a CMOS sensor. This back allowed for much longer exposure times up to one hour, better high ISO performance, and improved live view (among other things). With such specs, it was a perfect fit for the type of photography I was doing so I took the plunge and invested. Before I committed, I borrowed the back and tested it extensively (something I highly recommend to anyone seriously interested in such equipment).

If you look around online, you’ll find a number of proposed advantages of black and white digital monochrome cameras most of which are technology-related. Among such benefits is the effect of increased resolution and sharpness (due to the Bayer filter removal), fewer aliasing artifacts, an increased signal-to-noise ratio, as well as higher sensor sensitivity (aka a higher base ISO). 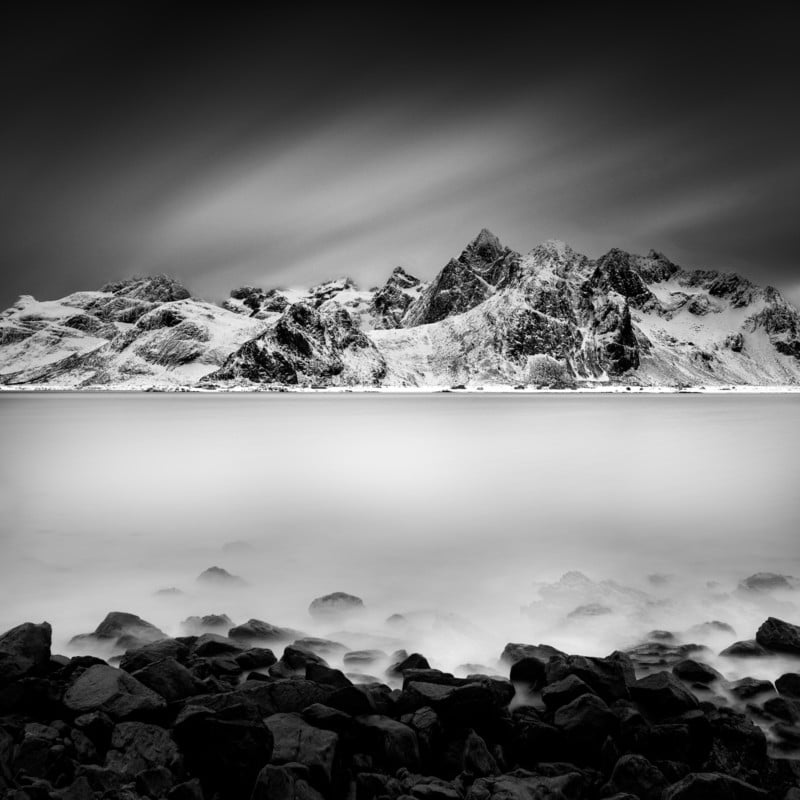 It goes without saying that these quality gains are really only visible if you make large-scale prints – at smaller sizes, it would be virtually impossible to tell.

Among the drawbacks is the fact that you cannot convert “back” to color (but you can always go from color to black and white).

Further to this point, some people argue that capturing color originally gives you more control over the final black and white “look” during post-processing. For example, you could use the blue channel to easily darken the sky in your black and white conversion. With a monochromatic camera, on the other hand, you’d have to make a more complicated selection of the sky to achieve the same level of control, or you’d have to use a red filter on the lens at the time of original capture. 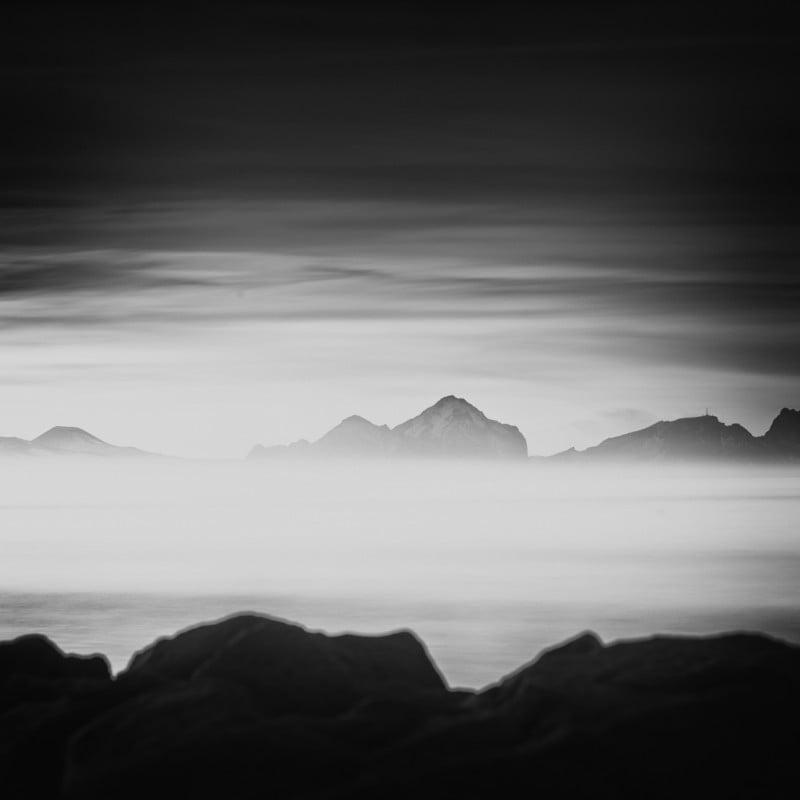 Another proposed downside is that unless you’re a committed black and white photographer, using a monochrome-only camera will offer you less flexibility — coming back to my analogy with film above, using black and white film still only committed you until the end of the roll (or single sheet); every camera was still perfectly capable of color as well. So it is true that a monochrome-only digital camera is a dedicated tool but if that is what you’re looking for, then it is hardly a disadvantage but rather the opposite.

Finally, price is a serious deterrent. Since monochromatic digital cameras are a niche product they tend to be more expensive than their regular color counterparts. But such products exist in many markets. What matters is whether you think the performance justifies the cost. 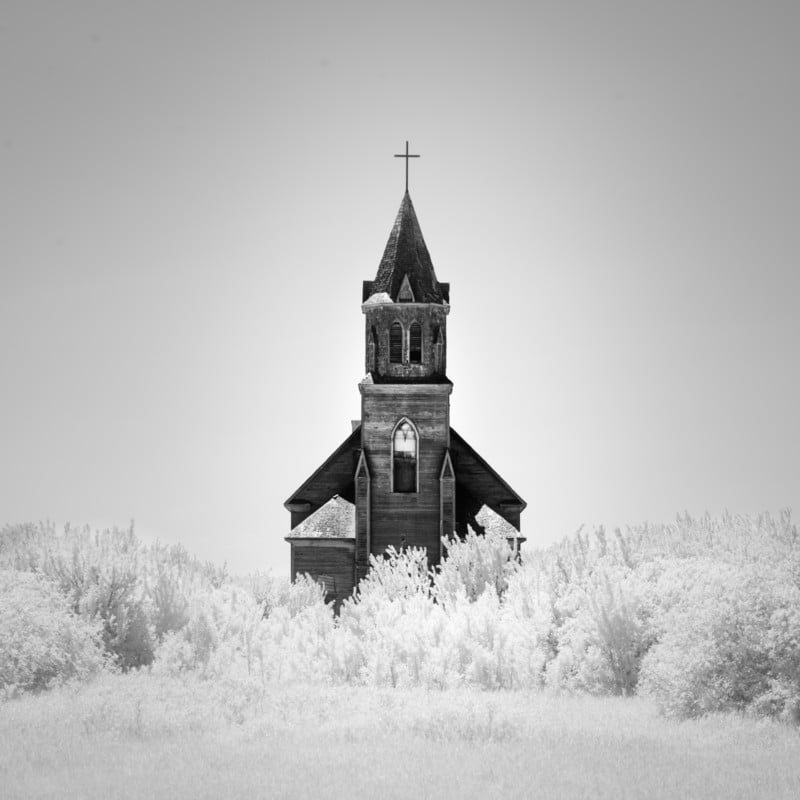 So much for the most frequently used arguments, both in favour as well as against a monochrome-only digital camera.

Let’s dive a bit deeper as I explain some of my personal reasons for choosing such a niche product.

I remember being intrigued by the photographs I was able to make with the Phase One 260 Achromatic during my brief initial testing. It instantly reminded me of working with film, a time where you wouldn’t rely on post-processing so much but instead make decisions before ever tripping the shutter in the first place. I dusted off my solid color filters and started using them on the lens to influence densities in particular areas. Although this took more effort at the time of capture, I noticed a significant reduction in time spent post-processing later. For a start, I did not have to convert from color to black and white (as my RAW files were already monochrome), and even fine-tuning local luminosity and contrast was accomplished faster (because I could begin that process in-camera already). 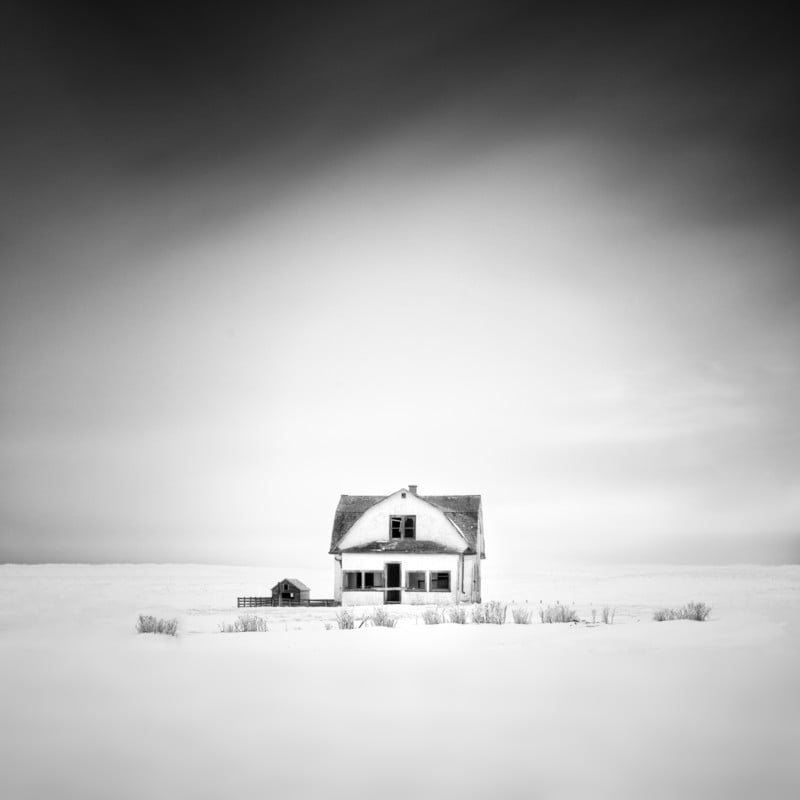 I happily trade-off more time spent outdoors creating photographs with less time spent in post. I enjoy working slowly and deliberately with my camera, so adding some time using filters really isn’t an inconvenience. It makes me feel more in control of the creative process before any post-production even begins.

It is true that the IQ4 150MP Achromatic back, which I use today, is a very specialized piece of kit. As far as the technical reasons mentioned above, the only one that makes a real difference is the resolution and resulting image quality. If you want to make large-scale prints, as I do, there is simply no other camera system that comes close. Higher quality and larger prints translate into more and higher-value sales. Yes, the price is a serious obstacle, but if you can lease this equipment if you’re running a photography business, it makes the purchase more economically feasible.

Although some may find it limiting, I embrace photographing in black and white only. I see the lack of color as a huge step towards commitment and clarity of my vision and intention. My photographic work has always been monochrome, so using the Achromatic has in fact simplified my workflow and cleared up my decision making. 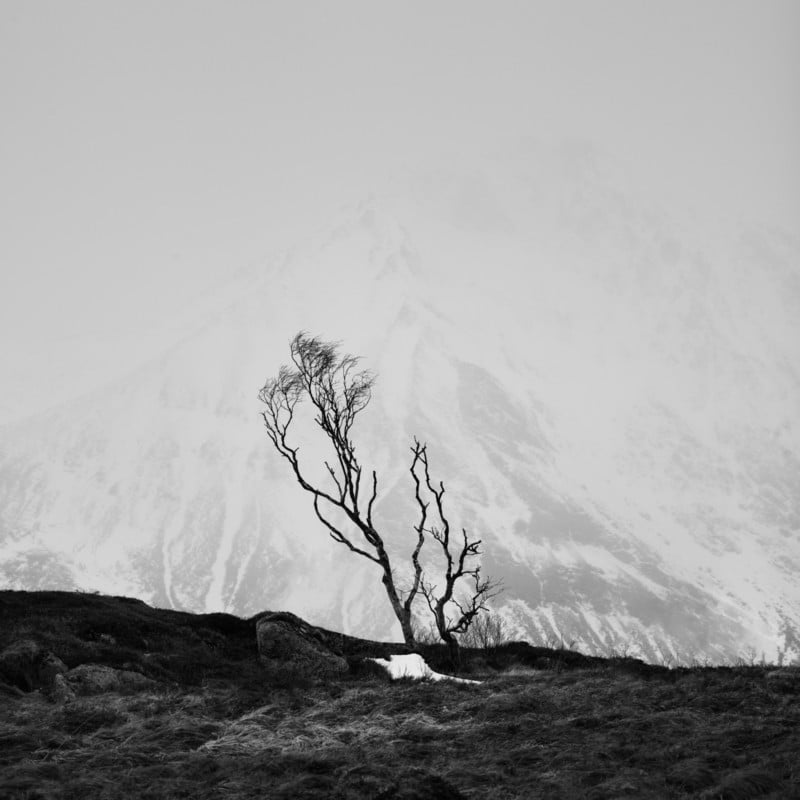 Too many choices and too much gear can paralyze us. In the era of non-destructive editing, I talk to many people who are afraid of making a commitment. What are they afraid of, exactly? Instead of focusing, pun intended, on what is not possible, I suggest everyone embrace what can be achieved instead. The glass should always be half full, rather than half empty. This is true for any equipment you happen to work with. A perfect camera for every situation and photographic project doesn’t exist, so there will always be trade-offs. If I really want to photograph that beautiful pink sky at sunset, I take out my iPhone.

I believe it all comes down to what you’re hoping to achieve. Once you define a photographic project, or at least decide on a general direction for your work, you pick the tool that’s right to help you achieve your goals. It certainly doesn’t have to be a monochrome-only camera, but it may be a viable choice.

There are a few more features of the Phase One IQ4 150MP Achromatic worth pointing out. First, the sensor can capture infrared light, which I personally use less for effect and more for extended tonality control in-camera. As an example, infrared capture lightens foliage and darkens blue skies. And it is as simple as using a filter in front of the lens, so it is also possible to capture the same scene twice, once in regular visible light, and secondly, in infrared. The resulting photographs can be merged in post for even more control. 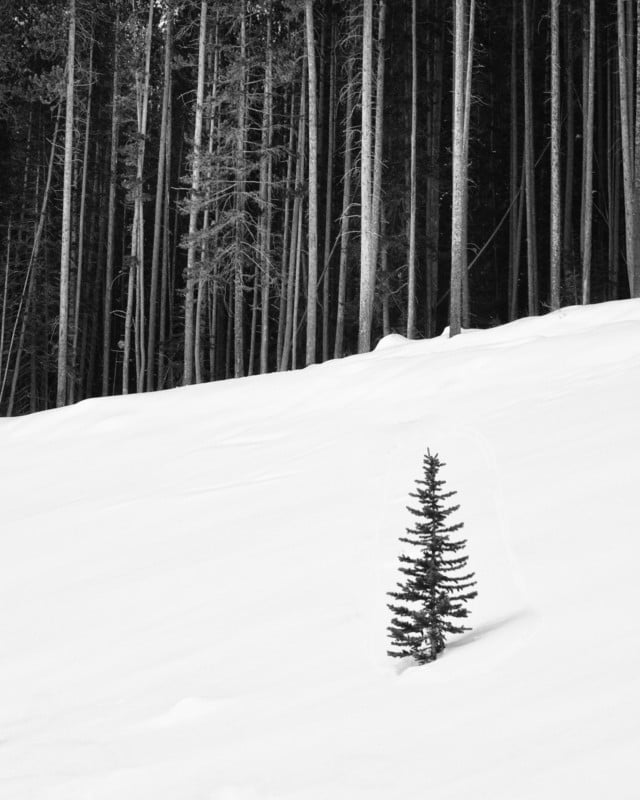 Speaking of merging several frames in post, it is possible to create color photographs with a monochromatic camera. This process involves taking three black and white photographs and filtering each one of them red, green and blue, then assembling them into a color photograph in Adobe Photoshop. In my testing, the process turns out to be rather tricky but the results look original, especially when using long exposures. There’s a lot of creative potential here.

You can try this with your own (color) digital camera as well. Simply take the same three photographs using color filters and convert those RAW files to black and white. These will be the base for your final color photograph, where you assign each image to either the red, green or blue channel in Photoshop (corresponding to the filter you created the image with). 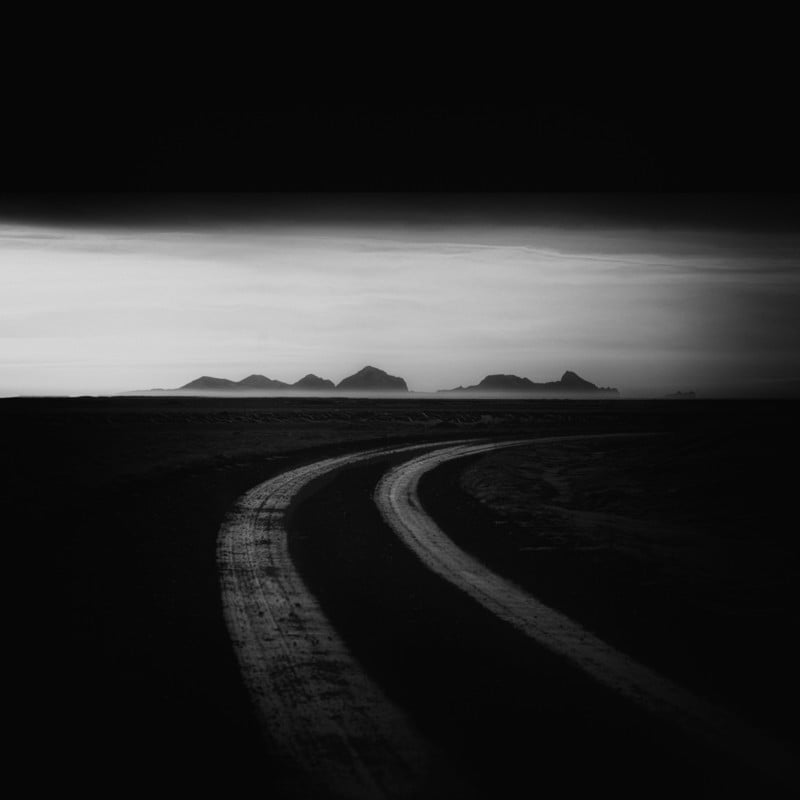 I saved my favourite feature for last. Note that this is not limited to the Achromatic – the regular color version IQ4 150MP offers this as well. I am talking about frame averaging, the opportunity to create the look of a long-exposure photograph by simply averaging a number of regular, fast-shutter-speed photographs. And all of that in-camera. No ND filters, and no noise reduction needed. It is similar to the long exposure mode the iPhone offers, but a lot more controllable and powerful. For the long-exposure photographer, this feature is worth a lot and works beautifully.

Also read: The Leica M10 Monochrom is Great Not in Spite of its Weaknesses, but Because of Them

If all this has stimulated your interest in learning more about monochrome cameras, in addition to checking out Phase One and Leica cameras, let me also point you to www.MaxMax.com, where you can purchase converted monochrome-only digital cameras (or have yours converted). Selection includes popular Nikon, Canon, Fujifilm and Panasonic models, with prices starting at around $1000. 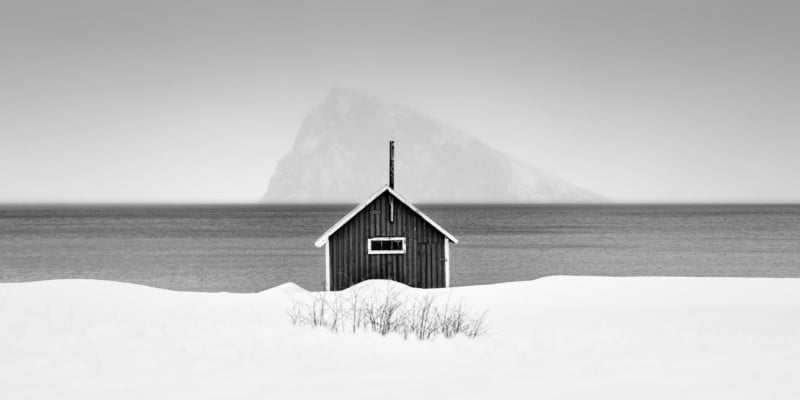 Do you want to try making a greater commitment to black and white without spending anything? Then, my advice would be to set your camera “picture styles” to black and white or create a B+W import pre-set in your RAW processor of choice. Do this for an afternoon shoot, a full day, or as long as you like. I hope you enjoy it. I know I always have.

The article is courtesy of ELEMENTS Magazine. ELEMENTS is the new monthly magazine dedicated to the finest landscape photography, insightful editorials and fluid, clean design. Inside you will find exclusive and in-depth articles and imagery by the best landscape photographers in the world such as Bruce Barnbaum, Christian Fletcher, Rachael Talibart, Charles Cramer, Hans Strand, Erin Babnik and William Neill, to name a few. Use the PETAPIXEL10 code for a 10% discount off the annual subscription.

About the author: Marc Koegel is an educator, writer, and the director of the Vancouver Photo Workshops. His black and white long exposure landscapes, nudes, and architectural photographs have been widely exhibited and have won numerous international awards such as the IPA, PX3, Spider Awards, and Epson Pano Awards.