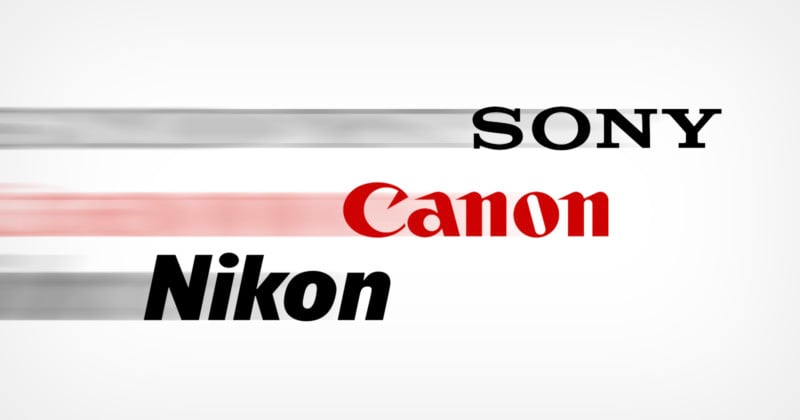 While 2020 wasn’t a particularly good year for camera manufacturers overall, by the late fall and into the winter the sales number had rebounded, returning to more typical numbers. Through the year, the big three — Sony, Canon, and Nikon — unsurprisingly led total production numbers.

According to a report from Sankeibiz, the research firm Techno System Research noted that a total of 3.26 million mirrorless cameras were produced in Japan last year, while 2.39 million DSLRs were produced. As expected, Canon and Nikon dramatically led DSLR production with Canon producing 1.71 million and Nikon 650,000.

Of the 3.26 million mirrorless cameras, Sony produced 1.15 million of those units alone, leading all manufacturers. Canon, despite struggling with meeting the demand for the EOS R5 especially in Japan, produced a close second of 1.05 million total units. In a distant third was Nikon, which only made 250,000 units, a number that may explain why it is so difficult to purchase a Z7 II even today.

After the big three, a total of 810,000 units are all that remains to be split among the likes of Panasonic, Fujifilm, and OM Digital Solutions. The specifics of this were not revealed in Sankeibiz’s report. Nikon Rumors uses this point to reference Thom Hogan’s previous assessment that you should “not put much credence” in BCN’s rankings, as these production numbers clearly indicate Nikon is making more cameras than companies that generally outrank it in BCN’s retail sales numbers.

He’s not wrong in this regard. However, it’s important to note that all these individual data points are only parts of a larger story and should be considered together, not as pieces. While it is true that BCN only publishes sales numbers in Japan, the organization is often used as a barometer for sales by photography publications because no United States-based retailer reveals sales numbers at all. When reading about sales out of Japan, it is implied that the Japanese buyer is not necessarily looking for the same features in products that customers in other regions might, and should just be taken as a point of interest in the bigger picture that is the camera industry such as CIPA shipment numbers and financial statements directly from companies themselves.

Looking at those production numbers compared to the Camera and Imaging Products Association’s analysis of worldwide shipments — as also reported by Sankeibiz — shows that the total number of mirrorless cameras shipped globally last year was just 2.37 million devices, down 47.3% year over year and less than the total number of cameras produced. So while some companies ramped up production, not clearly not all those devices were shipped, and it must also be considered that it is possible some cameras that were produced in 2019 were still being sent out to store shelves globally.

It should be noted that BCN published that its total sales were down 40.9% over the previous year, which is not that far off when compared to that 47.3% number cited above. Sure, one is sales and one is shipped, but looking at one to help understand — or even predict — the other is helpful when looking at the larger picture.

To say that production is the most important data point in an analysis of a company’s strength does not take into consideration cameras that have already been produced, are on store shelves or in warehouses, and are actively being purchased. This is very likely why although Nikon produced more cameras than competitors who rank above them on BCN’s monthly charts, the company still shows weaker overall sales in comparison. It also has to be considered that what exactly Nikon was producing in that batch: if it was mostly Z5 cameras, those are very much in less demand than the hard-to-acquire Z7 II.

This information, like all published data from a host of sources out of Japan (who for some reason is much more transparent when it comes to sales numbers than what seems to be any other nation), should not be looked at in a vacuum.

Answering an Age-Old Question: What Makes a Great Print?