Sigma has announced the fp L, a 61-megapixel, L-mount, full-frame camera that the company claims is the “world’s smallest and lightest single lens mirrorless camera.” It shares the same dimensions as the original Sigma fp, but makes notable upgrades to resolution and performance that combine to make it far more appealing.

The Sigma fp L features a Bayer sensor with approximately 61 effective megapixels — the most in any Sigma camera — which equates to photos with a resolution of 9,520 x 6,328 pixels. Sigma also says that thanks to its work with Foveon sensors, it was able to pack the fp L with incredible resolving power, rich color, and nuanced color gradients “due to the unique nature of the X3 sensor.” This camera does have a low pass filter to reduce moire to minimum levels and adding it was an active choice the company made as Sigma seems to believe the benefits outweighed the downsides since the camera has so many megapixels to work with.

Sigma says that thanks to that huge amount of resolution, it was able to include what the company calls Crop Zoom. This gives the fp L a zooming feature that works in both still and movie modes and can record in full HD quality even at a maximum 5x zoom. Sigma states that because this is done by cropping in without digital enhancement, there is no image quality loss. To make this process more intuitive, you can pinch to zoom on the rear LCD touch screen. 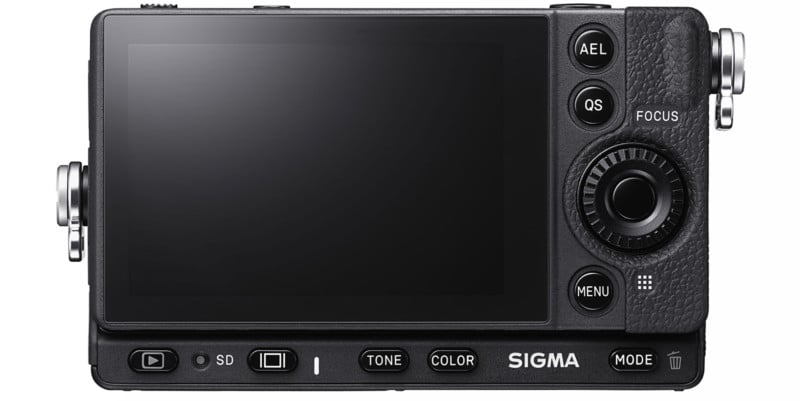 A major complaint with L-Mount cameras has been the lack of phase detection autofocus. That changes with the fp L, as Sigma’s latest boasts both what it describes as a “high precision” contrast-based autofocus combined with image plane phase-detection autofocus. This hybrid will allow for smooth, fast, and accurate autofocus for tracking moving subjects both in still capture and video.

Finally, the Sigma fp L supports USB charging while the camera is on. The camera can be used continuously as long as it is plugged into power, whether that is a traditional wall socket or a mobile battery. Sigma also says that it can be used as a webcam, as it can receive power directly from a PC.

With these updates, Sigma is positioning the fp L as a pocketable, scalable, hybrid capture device that is capable of making excellent high-quality photos as well as reliable video.

The fp L also supports custom camera settings that can be saved as a QR code, allowing for multiple users to share custom settings with one another, or jumping onto any fp L (rented or otherwise) and immediately loading personal settings to it for fast and easy familiarity. 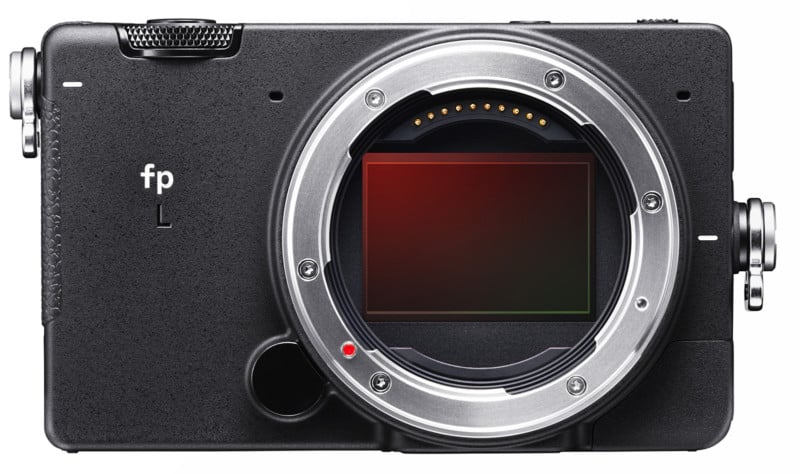 “Powder Blue is a color mode with a bright and clear feel, featuring a refreshing blue color, while Duotone turns the colors of an image into a striking two-color gradient,” the company writes. “With the addition of these two new modes to Sigma’s ample choice of color modes originally featured on the fp series, there are now a total of 15 color modes to choose from.”

It should be noted that Sigma has opted to keep the fully electronic shutter on the fp L, which was a concern with the original fp because of the significant rolling shutter. With many more megapixels to now work with, it will be interesting to see if this issue has been addressed.

Sigma notes that additional framerates commonly used in filmmaking will be available at a later date via firmware update, but did not specify. 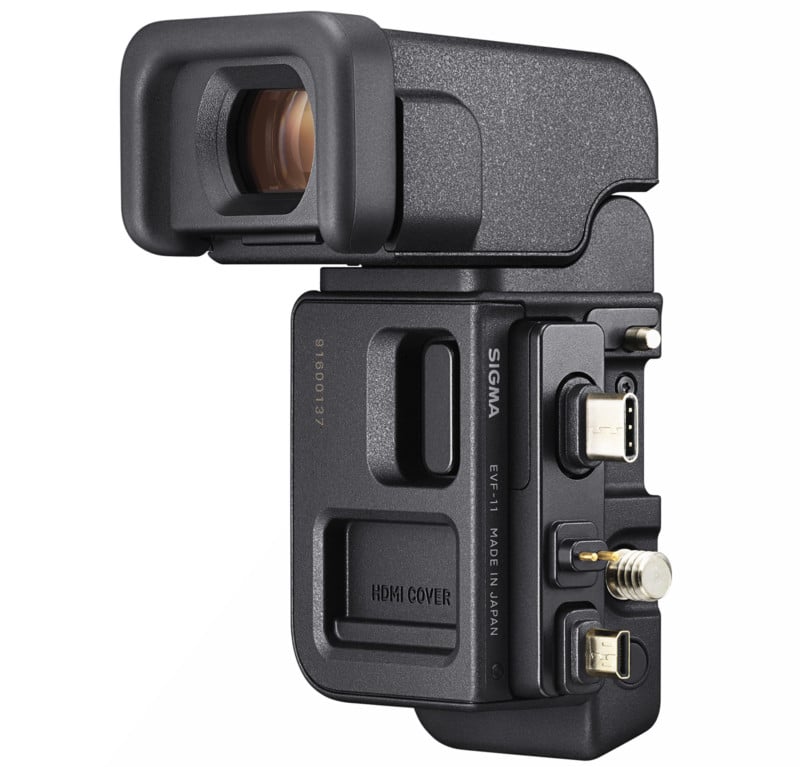 Finally, Sigma is making an external electronic viewfinder, the EVF-11, an optional pairing with the fp L. The EVF-11 is designed exclusively for use with the fp L at launch (though it will become compatible with the original fp via firmware update at a later date) and adds a 0.5-inch 3.68m dot OLED panel viewfinder that connects to the camera via the side ports. The viewfinder has 90-degree tilting functionality, approximately 100% viewfinder coverage, audio monitoring capability, and allows for external recording to a portable SSD via the dedicated USB-C port located on the side of the viewfinder. The EVF-11 is powered by the camera and cannot charge the camera via USB. If you plan to use the unlimited power delivery mentioned above, you’ll have to remove the viewfinder to do so. 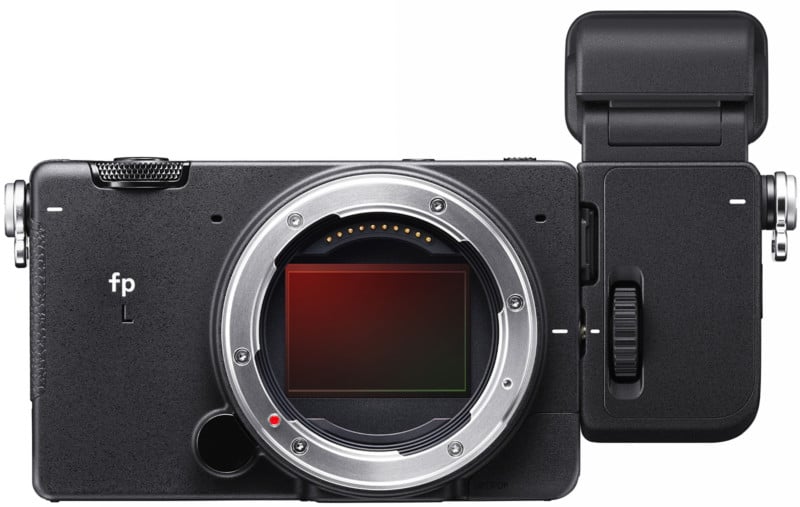 “The EVF-11 has an eyepoint set at approximately 21mm to ensure a full field-of-view without a dark vignette around the viewfinder,” Sigma writes. “This helps photographers see the entire scene with complete clarity, even when wearing glasses. It has a wide diopter adjustment range of −4.0 to +3.0 dpt, and comes with two eyecups of different sizes to suit your preference. The EVF is designed for the best visibility, ease of use and comfort for photographers, giving them a complete view of their subject in perfect detail.”

The Sigma fp L will be available for $2,499 and can come bundled with the EVF-11 viewfinder at launch for $2,999. The viewfinder can also be purchased separately for $699. Both it and the camera are set to become available in mid-April.