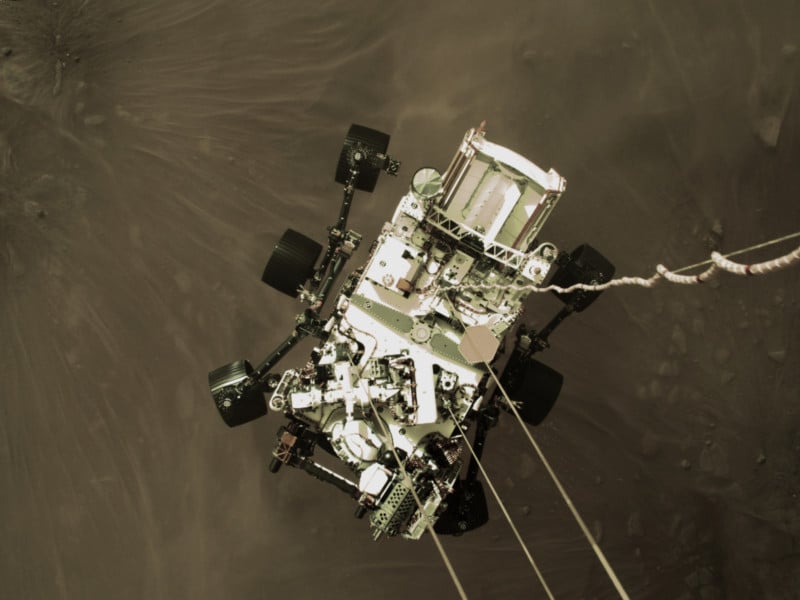 NASA’s Perseverance has been on the surface of the Red Planet for about a day now and is already sending back images that are far superior to the original two published yesterday, including one photo of the drone midair captured from its “jetpack.”

While not officially listed on the Mars Perseverance image gallery (at least not at the time of publication), the rover has been particularly active on Twitter and gleefully sharing photos of its journey.

Perhaps the most exciting photo was taken from the rover’s “jetpack” and captured the Perseverance just before its wheels touched down on Mars’ surface yesterday (above).

“While NASA’s Mars Curiosity rover sent back a stop-motion movie of its descent, Perseverance’s cameras are intended to capture video of its touchdown and this new still image was taken from that footage, which is still being relayed to Earth and processed,” NASA writes.

A second photo appears to have been taken from the underside of the rover and is pointed towards the Red Planet’s horizon. 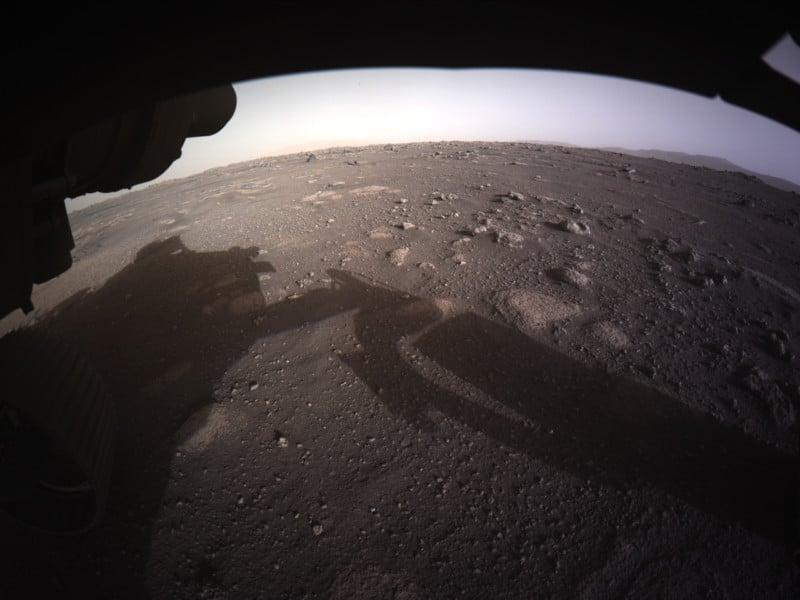 “Unlike with past rovers, the majority of Perseverance’s cameras capture images in color. After landing, two of the Hazard Cameras (Hazcams) captured views from the front and rear of the rover, showing one of its wheels in the Martian dirt,” NASA explains.

In a third photo, the Perseverance shows some of the rocks visible next to one of its wheels. 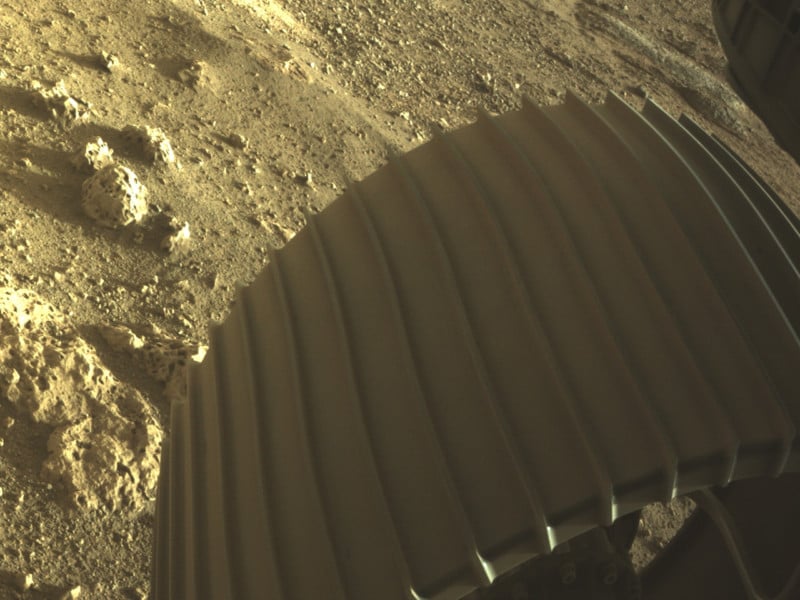 This final photo NASA shared today was taken by HiRISE and shows the descent stage of the rover. Perseverance can be seen falling through the Martian atmosphere, its parachute trailing behind. 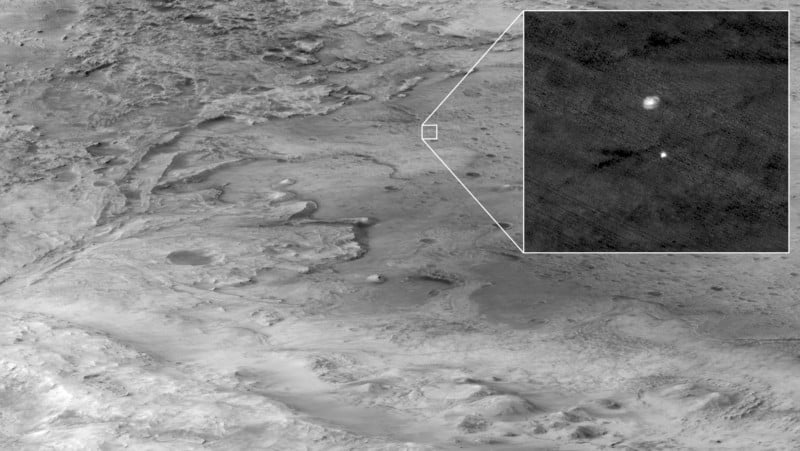 The first photos shared yesterday were extremely low resolution and colorless, but these new images shared today are quite the opposite: large and far more telling of the rover’s adventure. Over the next few days, researchers back here on Earth will be hard at work analyzing the data it is receiving from the rover.

“In the days to come, engineers will pore over the rover’s system data, updating its software and beginning to test its various instruments,” NASA explains. “In the following weeks, Perseverance will test its robotic arm and take its first, short drive. It will be at least one or two months until Perseverance will find a flat location to drop off Ingenuity, the mini-helicopter attached to the rover’s belly, and even longer before it finally hits the road, beginning its science mission and searching for its first sample of Martian rock and sediment.”