Commercials don’t have to be powerful and emotional works of art, but they are often much more successful if they are. Leica’s latest 1-minute ad is just that: an evocative reminder of photography’s value to society.

The commercial reminds viewers that this world we live in is everyone’s world, and the emotions and feelings that are a part of living here as humans can vary between overwhelming joy and the deepest pits of despair. The thing about being human is the ability to experience that whole spectrum and process those feelings.

Leica’s commercial captures that feeling by showing those emotions to us through powerful imagery. It’s one thing to hear the word happiness, it’s another to hear it while seeing an image of pure joy.

The commercial and associated campaign is called “The World Deserves Witnesses.”

“A witness, someone who sees what others simply watch,” the company writes in a description of the campaign. “When Leica invented the first 35mm camera in 1914, it allowed people to capture their world and the world around them and document its events, no matter how small or big they were. Today, as for more than one century, Leica keeps celebrating the witnesses, the ones who see the everyday beauty, grace and poetry, and the never ending irony and drama of our human condition, and bring their cameras to the eye in order to frame it and fix it forever.

Below is the image in use as a Leica ad: 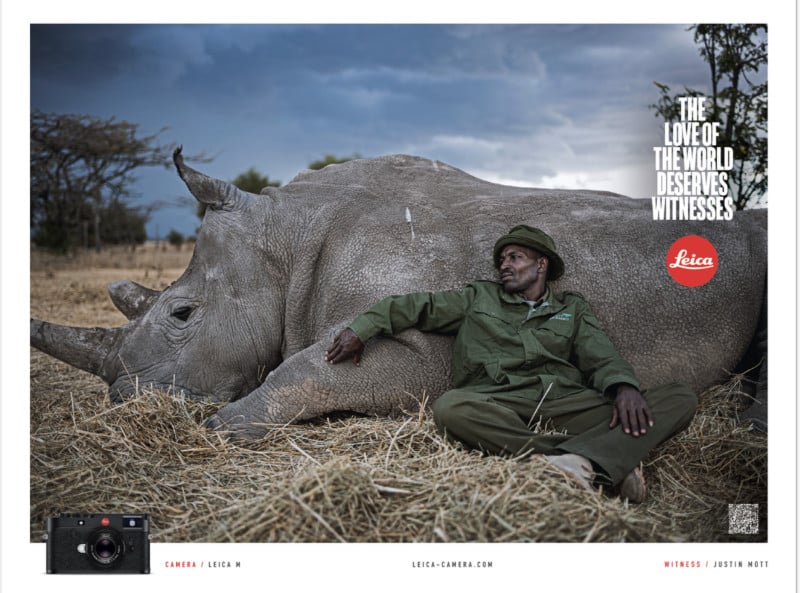 Even though this is an ad that is clearly designed to sell us a Leica camera, it’s hard to not be taken in by the overarching message of the campaign.

Photography is important, and Leica continues to remind everyone of that.

Image Credits: Photo by Justin Mott and used with permission.