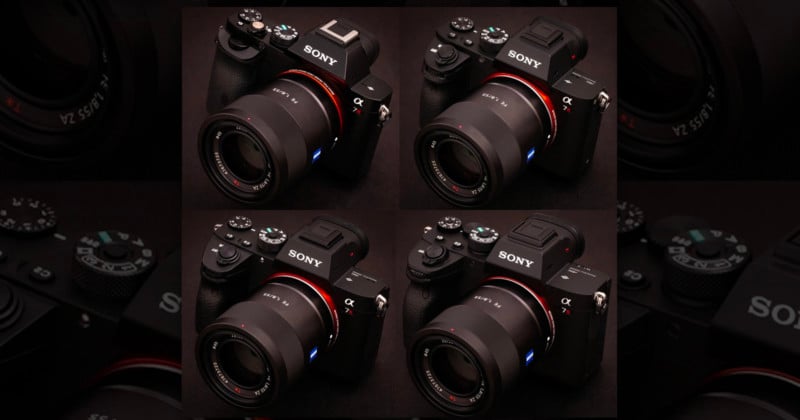 The unique click of one camera’s shutter can be fun to compare against one another. In a series of short videos posted by Map Camera, you can listen to the slightly different sounds of the shutters from Sony’s a7R line.

PetaPixel has featured numerous videos highlighting the different sounds shutters can make, like this one that compares a variety of DSLRs and mirrorless cameras, to one that lets you hear different classic analog camera shutters, to this video that highlights 37 different shutter sounds in three and a half minutes.

But it’s less common to see a comparison of the same camera model across generations.

The original a7R, which debuted in October of 2013, can be heard below:

The a7R II made its debut in August of 2015, two years after the release of the a7R. It was characterized most notably by its 42-megapixel sensor and 399 on-sensor phase-detection points which dramatically improved the autofocus capability of the camera. You can listen to its shutter below:

The a7R III came to market two years after the a7R II in October of 2017. While it maintained the 42-megapixel resolution, Sony added more autofocus points and further improved autofocus performance. Probably most notably, however, was the boost to battery life and the addition of a second SD card slot. Listen to its shutter below:

Continuing with its two-year release schedule, Sony debuted the a7R IV in July of 2019. This latest iteration added more autofocus points and pushed the resolution up to 61 megapixels. Still, the a7R III was still considered to be an excellent camera and while the a7R IV did make notable improvements, many saw Sony’s latest high-resolution mirrorless as more incremental than revolutionary. Listen to its shutter below:

Despite the four cameras sharing the same “R” designation, and Sony never mentioning changing the shutter mechanism itself, do you think you can hear a difference in sound with each model? Let us know in the comments.