CDA-Tek, a company out of Dublin, Ireland, has developed the AFX: a comprehensive auto and manual focus control system for Blackmagic Pocket 4K and 6K cinema cameras that also offers motor-based control of manual focus lenses on all cameras.

Originally shared by EOS HD, the AFX is a LiDar sensor attachment that is powered by its own internal rechargeable battery. As a result, the AFX is a self-contained unit and requires no cabling to operate with the Blackmagic cameras. Instead, it functions via Bluetooth. 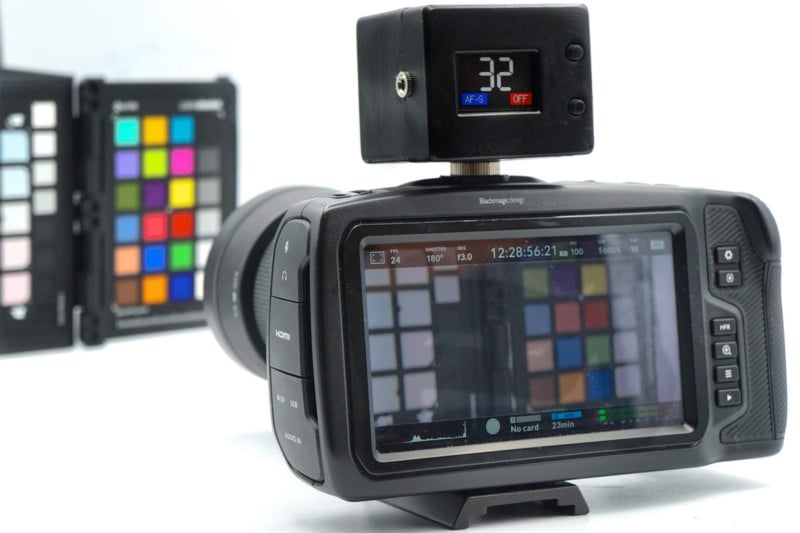 Conceived at first as an add-on to CDA-Tek’s PBC controller, the AFX incorporates the full capabilities of the PBC so is a completely self-contained system. The AFX also incorporates an interface for Tilta Nucleus M and N motors to provide its auto and manual focus functionality to any lens on any camera.

According to the IndieGoGo campaign page, at the heart of the AFX is a LIDAR sensor that constantly measures the distance to the nearest object, which the AFX then processes to move the focus position of the lens to the correct calibrated position. 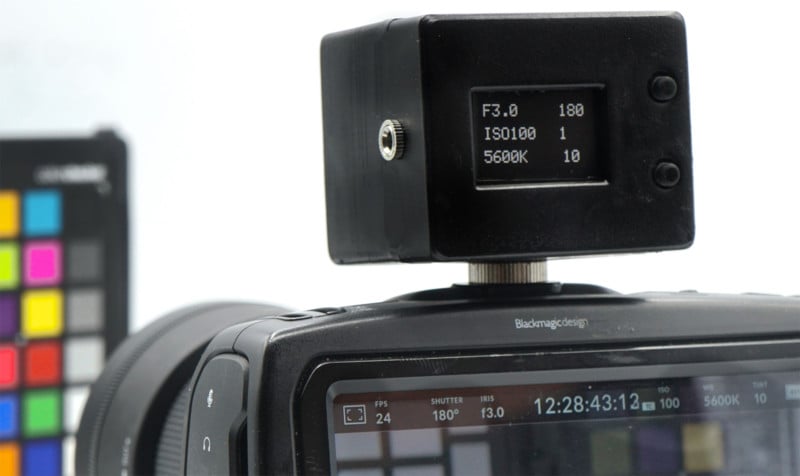 “Using this method, the lens moves immediately and consistently to the focus position, so unlike other image-based autofocus systems, not only is there no focus hunting but its performance is not impacted in low light,” the campaign reads.

It can operate in either single-point autofocus or continuous: “In AFS mode, the lens is refocused on the nearest central object when the trigger on the controller is pressed and remains at that position until the trigger is pressed again or you manually refocus. In AFC mode, the lens is continuously re-focused on the nearest central object enabling you to track a person walking towards the camera.”

Included with the AFX is a compact wireless remote which allows you to control its different operational modes and functions as well as manually control focus. That controller can also be used to change an array of settings on the Blackmagic Pocket Cinema Camera.

The controller can also be used to switch between the two autofocus modes and manual focus mode. CDA-Tek also says that four transition points can be selected and the sensor can transition among those points. The company calls this mode “QuadLock.” 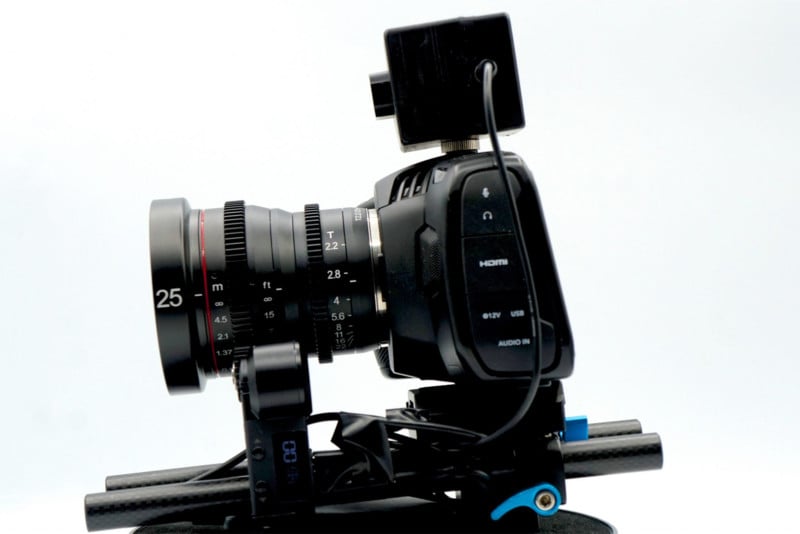 While the most functionality with the AFX will be with the Blackmagic Pocket Cinema camera, any lens and camera combination can be used by connecting a Tilta focus motor and attaching it to the AFX with the included cable and adapter. CDA-Tek says that all of the same manual and autofocus modes and features of the AFX are available when using the motor option “irrespective of the camera and lens that you use it with.”

Although the obvious standout feature of the AFX is providing single and continuous Autofocus for camera/lens combinations that do not have the facility natively, it is important to note that the nature of the sensor is to provide centre point detection only.

With this in mind, we have designed the AFX to be a complete focusing system with additional features such as manual control and the QuadLock system to supplement its autofocus capabilities and be a more rounded focus assisting tool.

CDA-Tek is offering two versions of the AFX system. One version is specifically for those who backed its PBC product and combines with that system for ~$235. The standalone AFX system is being produced for ~$325. 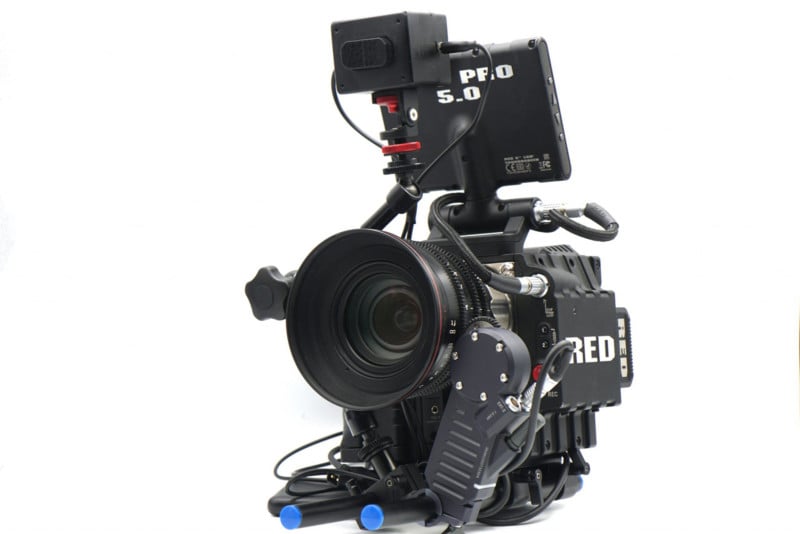 LiDAR is the latest autofocus technology that, when widely available, should revolutionize expectations for autofocus in any camera. LiDAR is currently offered on the iPhone 12 series of cameras, but in a recent test, it was shown to still not be quite as effective at tracking as Sony’s technology in that application. That said, combining the potential of LiDAR with the deep learning or AI algorithms many camera manufacturers currently have could result in some incredibly fast and accurate tracking in the future.

CDA-Tek says the product is done from a hardware and software standpoint, and the only step left is production. But just like with Kickstarter, IndieGoGo is not a pre-order platform. So while you can visit the page here and you can pledge your support, do so with caution.