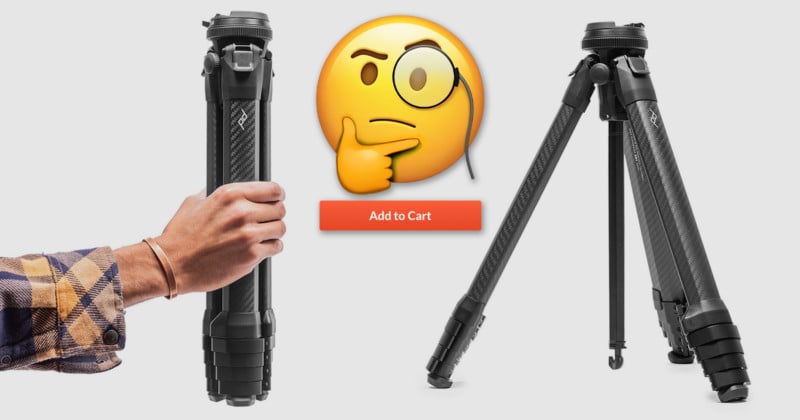 The Peak Design Travel Tripod. Let’s just get it out there: it’s $600 for the carbon fiber model. That’s a lot of money. You can buy less expensive tripods that are objectively better at a lot of things that this tripod does. The main selling point is that it’s light and packs up tiny, so it’s less of a burden to use when you’re traveling.

My previous travel tripod was a sub $100 generic model from Amazon. Made from aluminum, it was a little heavy. It didn’t fold up small enough. And after a decade of use, the feet started rusting and the foam on the legs was starting to flake apart. Two years ago, I took a trip to England and was wracked with anxiety about getting the tripod there. I managed to fit it in my checked bag, but it was tighter against the sides of my suitcase than I would have liked. As I was packing my clothes, I felt like I wasn’t able to pack as much as I would have liked because the tripod was taking up so much space.

To be fair, I was being kind of a baby about it. But I knew that I wanted something smaller and lighter, and when I compared the folded length of the Peak Design tripod to mine, I saw that it was nearly a pound lighter and 10 inches shorter. For the next two days I agonized over the “add to cart” button, adding it, taking it out, and adding it again. Eventually I went through the checkout. I was now the owner of a $600 tripod.

What had I done? As soon as the shipping notice showed up in my inbox, I eagerly started stalking the tracking number. When it arrived, I wasted no time unboxing it and taking it out for a shoot. That’s when a little bit of disappointment with the design crept in. 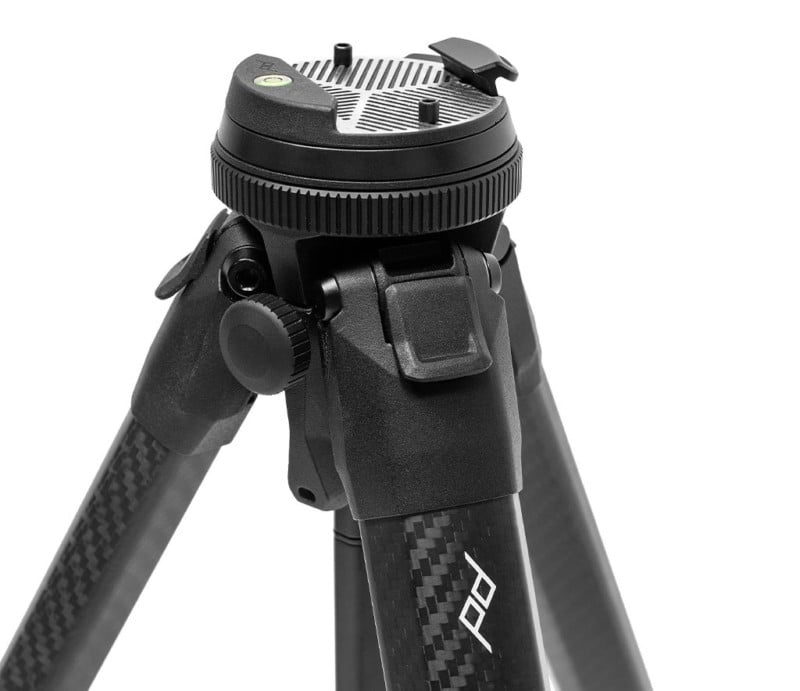 My biggest complaint is the head. I get that they were trying to make one that was compact without a lot of protrusions, and it’s a really clever idea. Raising the center column brings the ball head out from between the legs and allows it to move freely. Adjusting the height of the center column is like setting the time on an old watch: you pull the 7/8 inch knob out and spin. The edges are grooved so you can get some friction.

But when I spun the knob to lock the column I never felt super confident that it would be tight enough. I can’t imagine it will be easy to adjust with gloved hands.

Raising the center post a bit lets you adjust the angle of the ball head, which you do by spinning a wheel along its horizontal surface to loosen and tighten it. Just like the center column I found that it wasn’t the easiest to lock down securely. Several times I’ve noticed my camera (a Fuji XT-2 with the 18-55 kit lens) slowly slipping down as I composed my shot. This is on me for not tightening up the ball head enough, but the process feels a lot harder than it ought to be since there’s only about an inch of clearance between the bottom of the camera and the tension ring. 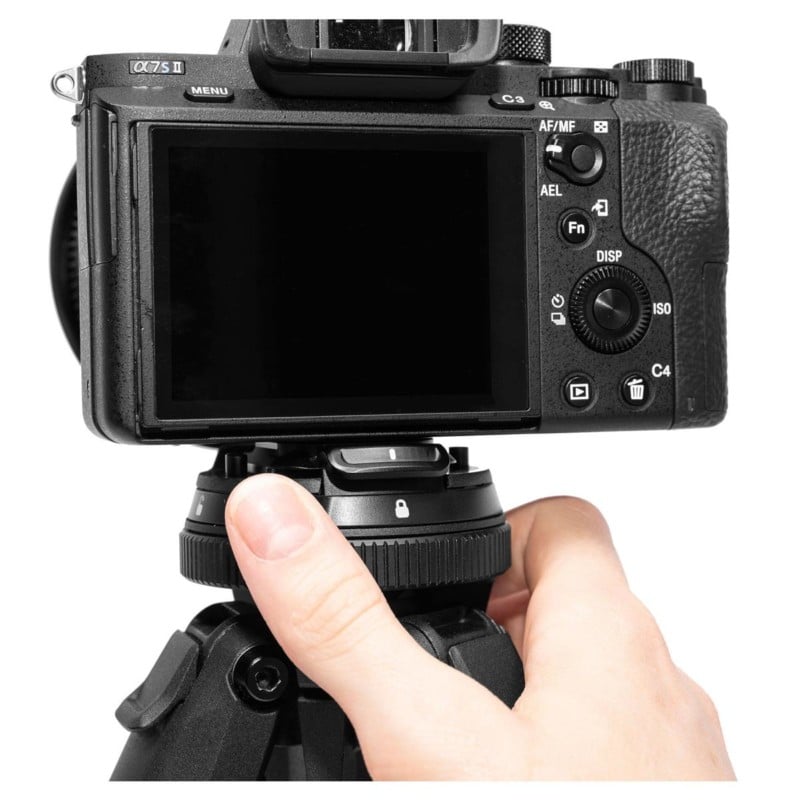 I think what would make this a little easier to use would be a plastic protrusion on the center column wheel and the ball head tensioner to let you get some extra leverage to make sure that they’re both locked tight.

The latching mechanism for the quick release is fine. I honestly like it better than the way I had to mount my camera on my previous tripod. Interestingly, the type of protrusion I would like on the tripod’s other adjustments is present on the wheel used to lock the camera body to the head.

The legs are nice. Like really, really, really, nice. My favorite part is that I can easily latch and unlatch all of the legs at once with one hand, which makes setting up the tripod a breeze. I know some people really don’t like that has five leg segments, but that doesn’t bother me. When everything is finally locked down tight, I’ve found the tripod extremely stable.

I wouldn’t want to depend on it in 20 MPH winds on top of a glacier, but I can’t think of any other travel tripod I would either. 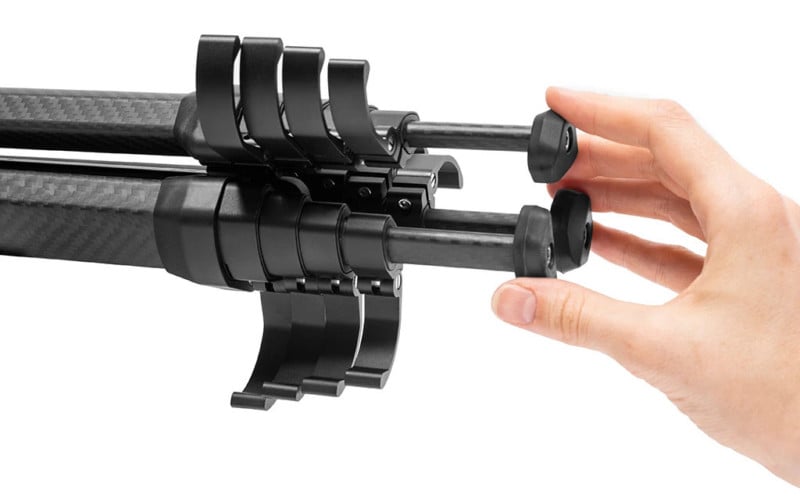 For me, the biggest plus to the tripod is that it not only collapses small, but it doesn’t have huge circumference. This tripod will fit my checked luggage or a backpack and leave plenty of room for whatever other stuff I need to bring. I’m way more likely to take this with me when I go out. Besides the convenience of carrying this around, I think paying $600 will be a strong motivator as well.

Peak Design sells an adapter plate that will allow you to replace the ball head with a different one, but adding an extra few inches of height seems to defeat the purpose of having such a compact tripod in the first place. Hopefully the design of the adapter will allow for the head to be removed and reattached quickly so it can remain compact.

Would I buy it again? Probably not. I think the ergonomics of the ball head are poor for what I’d expect from a premium $600 tripod.

About the author: Ben Ruset is a New Jersey-based landscape photographer. You can find more of his work on his website.