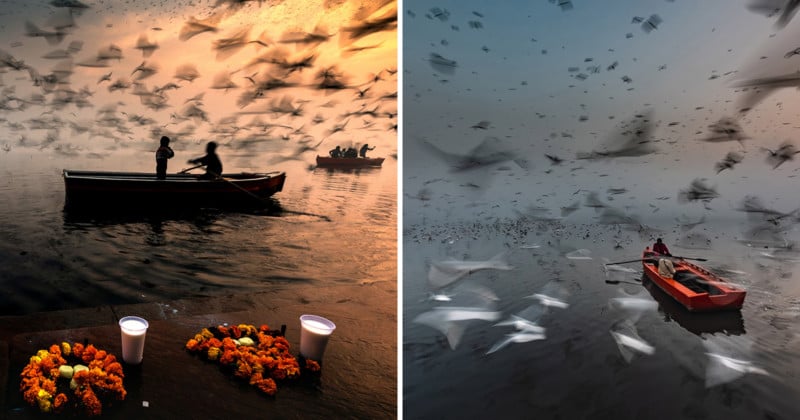 For Delhi-based photographer Sankar Sridhar, the Yamuna river represents a contradiction that he wanted to capture. Choked by industrial and household waste, it’s devoid of aquatic life; and yet, every winter, millions of migratory birds come to the legendary river, which is revered as the only river with the power to grant immortality to humans.

Sridhar’s quest to capture all of this—the spirituality of the holy river and the ritualistic behavior that it draws out of human and avian alike—led to the creation of a photo series titled The River is Dead, Long Live the River.

“This was a series, still in progress in certain ways, documenting life on the holy river Yamuna, which passes through New Delhi, the capital of India,” Sridhar tells PetaPixel. “While the series is a simple documentation of life, I wanted the images themselves to seem elevated, perhaps partly other-worldly, because of the legends surrounding this river, and the important place of divinity that rivers hold in Hinduism.”

“Ironically, this river dies in Delhi, choked by effluents, untreated industrial and household waste, and raw sewage,” explains Sridhar on Behance. “And yet, as if serving her purpose on earth even in her afterlife, the river cradles faith, ritual and millions of migratory birds every winter.” 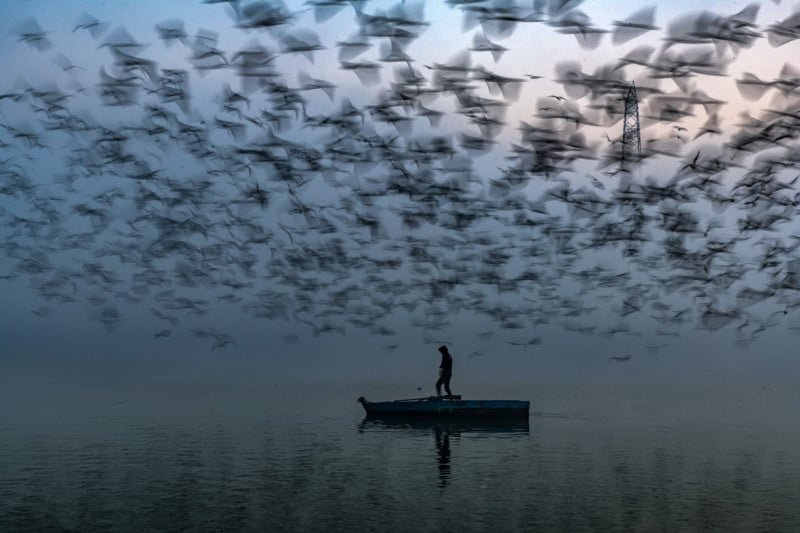 In technical terms, Sridhar’s photos represent a judicious use of slow shutter speeds, with the occasional use of flash for creative effect. But the technique was secondary to the message and mood that he was attempting to capture with these images.

“Rivers encompass life, death and afterlife in our myths and legends, and I wanted that feel to permeate the images,” explains Sridhar. “Using the the fog and smog that cover Delhi in its winters as an important element in the images, I began looking at the migratory gulls (flawlessly white), as metaphors that would encompass life (chaos) and death (souls).

“While a slow shutter-speed and and the prudent use of the flash for several images were all that it took to ‘take’ the shots, making the images involved waiting for the right mood, a proper understanding of the patterns the birds made in flight — circling, gliding, squabbling and fighting over food, etc — and waiting for all the elements to come together into images that I feel, are as much ethereal and environmental.”

Scroll down to see some of our favorite images from the series: 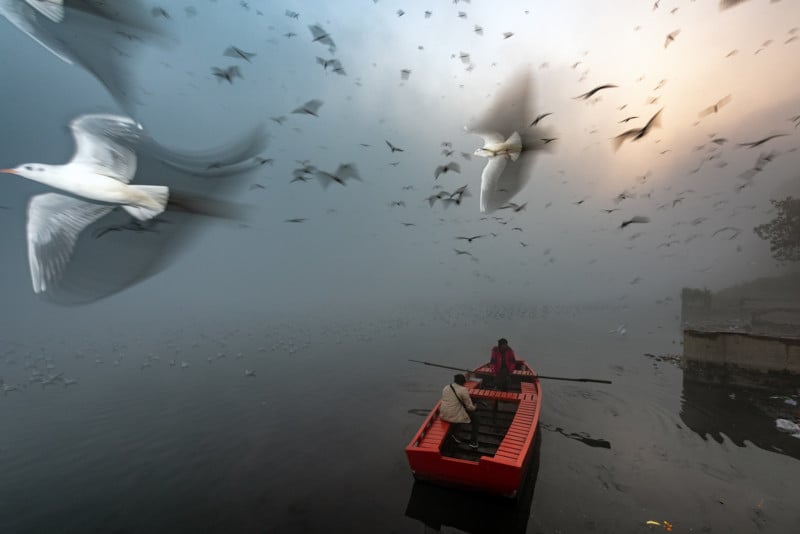 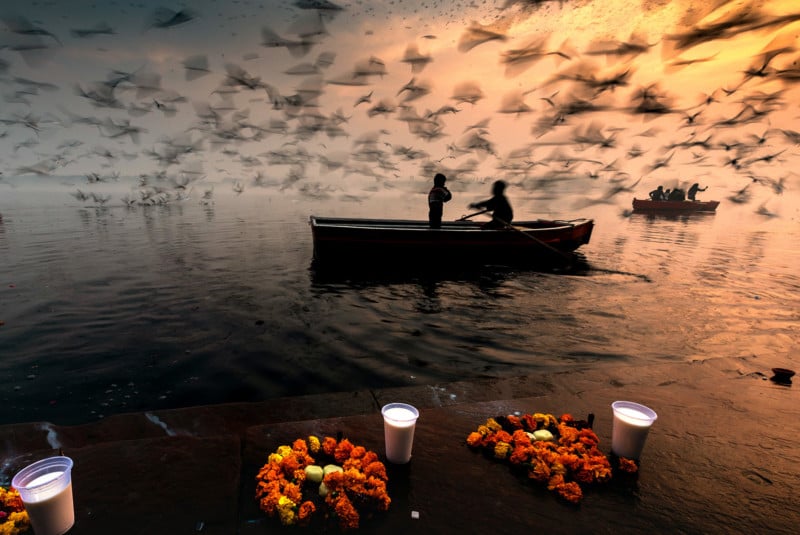 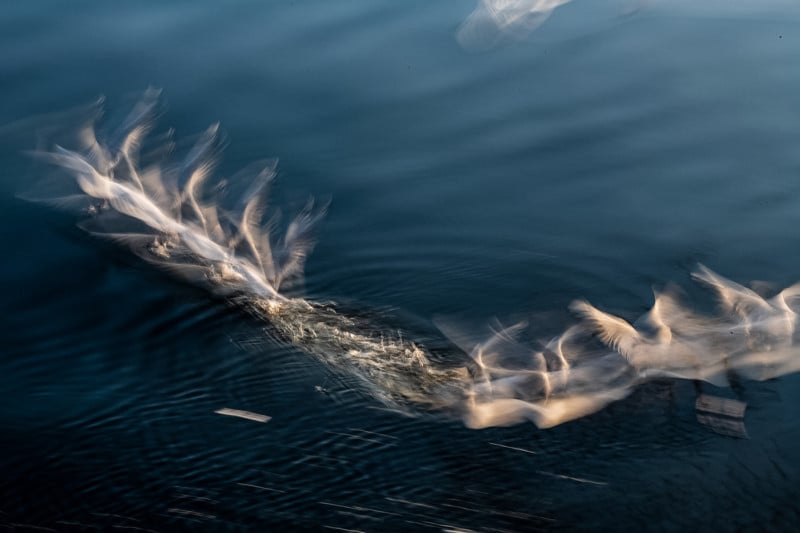 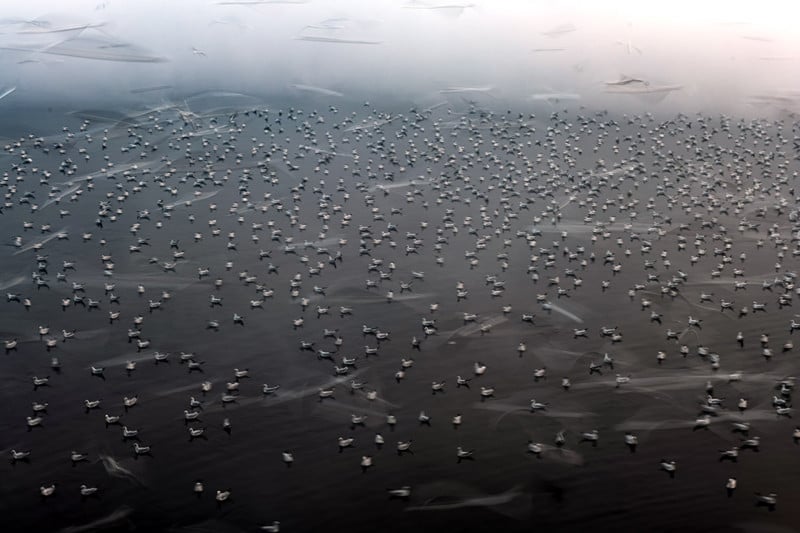 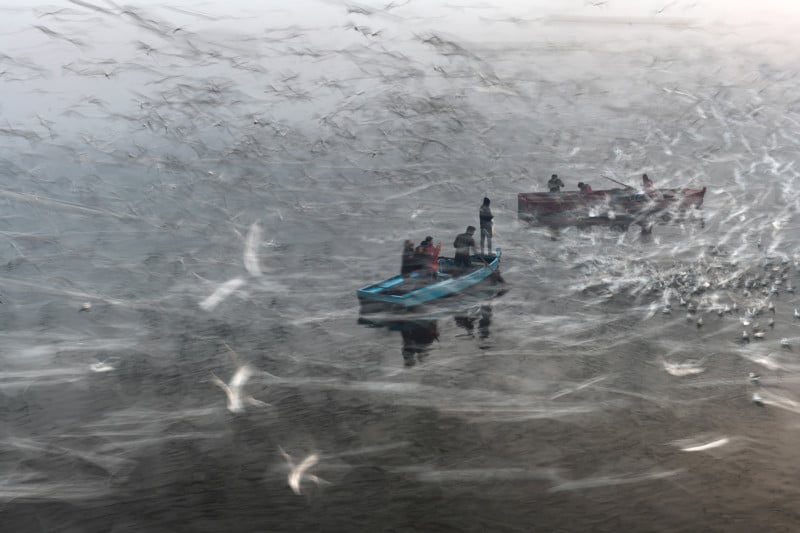 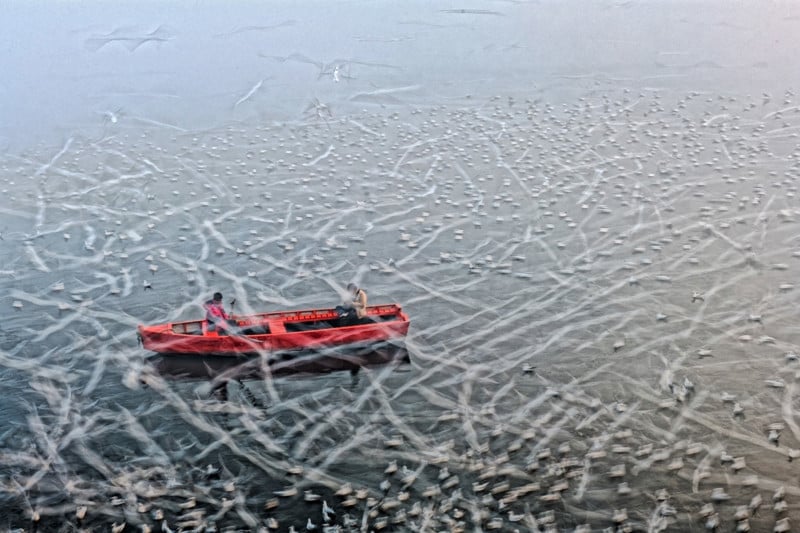 “This series is an ode to surreality of the river,” writes Sridhar, attempting to sum up the series. “It is an attempt to capture the mundanity of the everyday in stark contrast to the poetry the winged visitors etch in their flight paths.”

A big thank you to Sankar for sharing his work with us and explaining the spirit behind these striking photographs. You can find more of Sridhar’s work by visiting his website, or giving him a follow on Instagram and Behance.

Image credits: All photos by Sankar Sridhar, and used with permission.

Commercial Photographer Explains Why You Shouldn’t Use a Light Meter