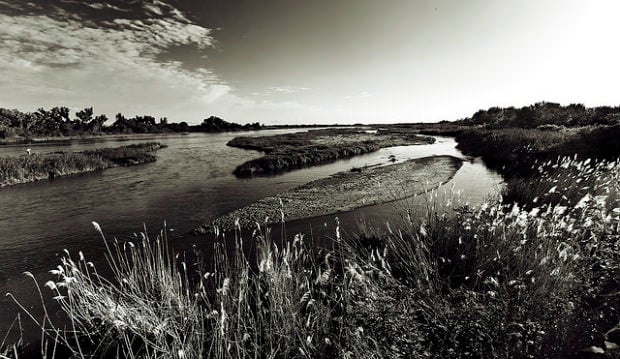 A team led by photographer Michael Forsberg and NET Television project manager Michael Farrell recently embarked on a large-scale time lapse project the likes of which you don’t usually see. The project, which you can follow on their website, constitutes an attempt to visually document the Platte River — a long-standing source of water and power to a large part of the United States.

In order to achieve this visual documentation, the team is planning on installing a total of 45 DSLR cameras at different strategic locations along the Platte River, each of which will take one photo per hour during daylight hours each day for (funding permitting) years to come. The videos that the project produces — some of which are already up — will show the ebb and flow of this mighty river and hopefully serve as a source of education for future generations.

If you’re interested in seeing what they’ve collected thus far, or just want to keep up with the project as it progresses, be sure to check out their website. Some of the time lapse videos they have up are already quite beautiful.

DIY Continuous Ring Light for Under $20